FND: I was first diagnosed with Functional... - FND Action

About 3 weeks after surgery I noticed I couldn’t lift my left leg when lying flat or sitting which progressed to a tremor in right hand to start with I was referred to neurologist who said I had FND which normally starts with right sided problems and that over time I have a good chance of recover from it. I was told it was probably caused by things that had happened to me my mother dying among other things and wasn’t down to the operation I had but funny how it only started after my operation.

Since then I’ve lost my short term memory and weakness now affects my right leg plus both arms. I can wake up on a morning unable to move my legs for about 20mims then by the time I get them to work I’m completely knackered. Now on a few occasions I’ve awoke unable to move my legs or my arms again for around the 20min market, last night it took me over 3 hours to get my left hand work partially, I was left with the arm feeling heavy for a number of more hours.

Being told I should get better but I’m not I’m getting worse day by day week by week.

Some nights scared to go to sleep as I think tomorrow when I wake up and cannot move my limbs it might be permanent. I’m getting extremely tired just doing the simplest things and dropping mugs when my hand decides to either church the mug or hand just lets go of the mug.

Walking get tired when do this.

My wife has progressive MS and I’m told FND is in the same area of disease as this. The way this has progressed at an alarming rate I cannot see this getting better only worse and would welcome and comments from anyone else suffering from this incredibly disabling disease FND. 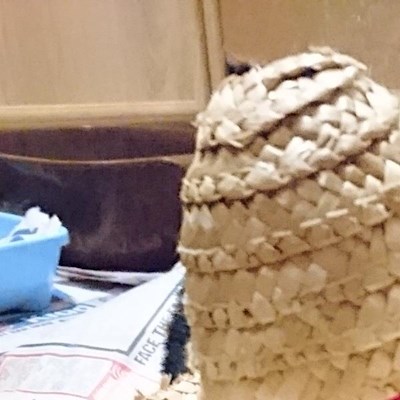 Mygeordiebud
To view profiles and participate in discussions please or .
Read more about...

years or so and was finally diagnosed with FND 3 weeks ago. I’m not really sure show I feel at...

solutions ? (I cannot approach my swallowing difficulty with my doctor because I was told that I...

FND was in denial but now needing help and no healthcare professionals seem to have heard of it.

2017 I had just had my little boy and I started getting NEAD's mainly this was focused in my right...