Has anyone had problems with the bent over posture from PD? My husband's posture is getting worse and worse. We've tried posture correctors but those didn't work. I hate to see him give in to an L-shaped posture but maybe it's just how it's going to be.

Also he has had several incontinence accidents. Any ideas for help in that area?

Thanks to all of you who are suffering with this disease and who give your time to research and sharing. You are a blessing. 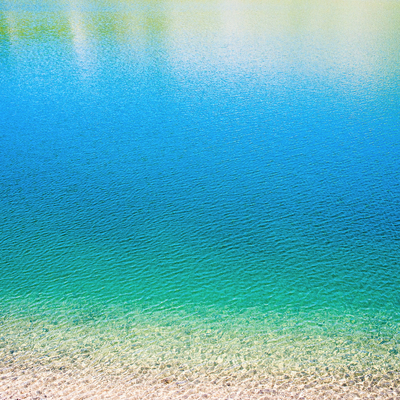 slimweiss
To view profiles and participate in discussions please or .
25 Replies
•

This may be of help :

slimweiss in reply to chartist

Thank you. I will check it out.

Regarding posture, I have a stoop (lean forward) and a lean to the side (Pisa syndrome). Both are worse when I'm "off". Being well medicated helps. A ski pole is sometimes useful.

Using the in-built accelerometer, I wrote an app for the Android that detects my lean, and if it becomes too great, warns me by beeping. See:

The down-side is that the smart phone has to be worn on top of the head, kept in place by a ski hat. Consequenly it doesn't get much use.

Keeping my back straight is an ongoing battle. To remedy the tendency to lean forward while walking – my mantra:

I focus on initiating a step from my thighs, not my torso. I have a one hour hiking exercise routine. When I start, walking properly is slow and a chore. By the time I am done with the hour I am usually moving pretty close to normally, and it feels good.

Thank you for the tip and mantra! My daughter and I keep saying “Look to Jesus Papa!” I started him on fast walking after reading your posts and watching your video. You are amazing!! He gets around quite well and his neurologist was shocked to see how stooper he’s become even in the last two weeks. She thinks it was the 5 days in the hospital that set him back.

Thanks for the kind words, but fast walking is the domain of JohnPepper who has commented below.

Bad posture can be overcome by consciously straightening up, but the problem is maintaining that concentration. With practice you get better at it but it takes a lot of willpower. If you husband really WANTS TO GET BETTER he has to put in the effort himself. He cannot take a pill or get somebody else to do it for him.

If he were to consciously stand erect and to start to consciously take one step at a time, while maintaining his posture he will start to build the strength to do it longer and longer.

I suggest that somebody holod his arm for support and safety.

Fast walking is the only way I know that can and does reverse the Pd symptoms. If he wants to put in the effort he will win this one, but if he can't will himself to do it then he is in for a tough time.

I, too, am 75, and, sometimes, find myself stopping too far forward. In my case, though, I had a fractured, crushing vertebrae, lower back injury, at L-3, about 50 years ago. Arthritis has set in, over the years, and, as a result, I’m in pain, especially after doing chores, that require a bit of bending, like some yard work. It’s hard for me to stand up straight, until the pain subsides. I try to stand as straight as I can, in general, and do stretching exercises, that help. So, I don’t remain stooped over, and, importantly, I walk slowly, not fast, so that helps my posture, of not leaning so far forward.

Oh I am so sorry. Back pain is the worst. My husband had a laminectomy in 1981 and had pain all the time until he started getting prolotherapy shots. Amazing!!! For years he had no more pain. The shot has sugar water in it and it sends a message to the brain to tell the muscles and ligaments around the painful area to get stronger. It works!Decades later he started getting pain again and tried the prolotherapy but it wasn't helping. In retrospect we think a fall that he had off a ladder while cutting limbs off a tree with his chain saw (I know.... ladder? chainsaw? or you can't imagine the things this boy would do!!!) probably fractured his L1 vertebra then but not enough to give him the kind of pain he recently had after his fall two weeks ago. His pain specialist had tried giving him shots in the painful area before his fall and the shots didn't help. Once in the hospital the doctor did the kyphoplasty procedure which is an absolute miracle. He has zero pain now and is 5 days post procedure. I wonder if that could work for you? He is also 75!

fyi - no more ladders or chainsaws incase anyone was wondering! haha

Thanks for the encouraging words! I plan to discuss this with my Dr. in a few weeks, when I see him! Perhaps I could be relieved of my pain! For me, that would be a miracle!! Thanks again!

We were recently introduced to the concept of nordic pole walking. We have been consistently walking 5-6 days a week and my husband’s previously leaning forward posture has improved significantly. Even his massage therapist commented on the difference in his back muscles. I think it has been very helpful.

justhavefun2 in reply to Shorebird

Last summer I did BIG therapy. The physical therapist had a set of walking poles and I asked if I could use them because I always wanted to try them. She was amazed that with the poles I was able to walk at a regular pace and that my posture was so much better. I went home and bought a pair straight away! Now to just discipline myself to use them regularly…a challenge all unto itself! 🙄

slimweiss in reply to Shorebird

That sounds like a great idea. What kind do you recommend?? And oh how I want to get back into getting massages. We used to get 2 hour massages at our home once every one to two months. Glorious!

Shorebird in reply to slimweiss

We have the Urban Poles Series 300 fitness edition from Urban Poling urbanpoling.us/

I have had lower back issues and it has helped my back too.

Best of luck! It truly has been very helpful for us.

slimweiss in reply to Shorebird

Thank you. I will definitely look into this.

My husband was getting worse in that way until he was falling over a lot and couldnt get up and I had to call 999, it turned out he was low in potassium (he had 1 day in hospital) and after having the potassium tablets he was much better although he does walk with a bit of a leaning forward but he improves when I say "put all the weight to one side and move forward with the other and try to reach that mark on the carpet and he then does a bigger step and corrects it again.

forgot to mention the incontinence, my husband was not getting to the loo in time and had a few accidents but he wore incontinence pants for a couple of weeks but doesnt need them now he's improved. I also got him a urine bottle on amazon with a lid so he could go at night in it without having to go to the loo and it helped if he couldnt move quick enough to get to the loo

Thank you for the suggestions. I think his potassium is ok since he just got out of the hospital after 5 days and they did test after test. I'm sure those 5 days set him back. He does wear the depends to bed just in case and seems to be getting better. Fingers crossed. His neurologist thinks the hospital is what made him worse too. ugh

If it gets worse or at night, some people use a condom catheter: hospiceofcincinnati.org/wp-...

I was told about that when he was in the hospital. They just had a urine bottle for him but he still had accidents because they didn’t get to him fast enough. Hopefully we won’t need the catheter but I will definitely keep it in mind. Thank you!

Here are some posture exercises he could try....

Thank you. He tried doing them all but because he has so much rigidity in his arms, neck, and torso most of those exercises were too hard for him. He will still try to do his version. It's tough. Doing an exercise wrong can be worse than not doing it at all.

I was having the incontinence problem to the extent of an accident almost every day. My neurologist doctor prescribed oxybutynin tabs 5mg 2 times per day. Have only had 3 accidents in the last 4 months. Very dry mouth as a side effect, but totally worth it.

I will keep that in mind. Ugh he already has issues with dry mouth. He hasn’t had any accidents in about a week. It might have been lasting effects of hospital meds. 🤷🏽‍♀️

Hi I have had PD since 2012. Now getting severe postural hypotension. ie Blood pressure drops 50...

Question for comment re PD patient and Covid Vax.

any kind. So take your 2 minutes as often as you can. You will feel better which might just be...

It’s a lonely road with PD.

Question for y’all; do you have friends or family who are interested in the research you do? My...
•
32 Replies

looking to help my mother who's in her last days of severe Parkinson's Disease. She is 84 and not...