Iam a mother of two, married for 50 years & had a happy & healthy life.

5 years ago my only sibling, my brother who we were caring for passed away.

Shock of his death started a tremor in my right arm. Six months later I went to see a neurologist who put me on 6 x 12.5Mg of Dopamine per day.

Since then my condition started to go down. Loss of balance, difficulty in standing & sitting dow, speaking not clearly, staring look, not smiling, not laughing etc.

I am told my condition is degenerating. I am keeping up with Dopamine which I want to stop because this I think is the main cause of my current helplessness.

Will be discussing it soon with my neurologist. 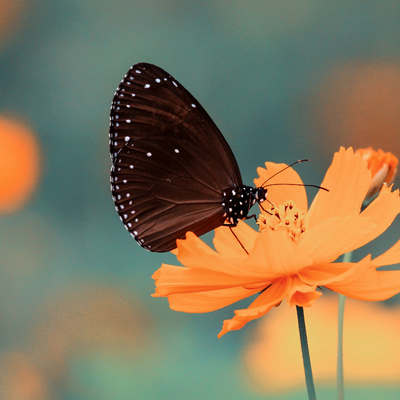 parkinso
To view profiles and participate in discussions please or .
Read more about...
17 Replies
•

If you are still on the same protocol (12.5/50 c/l or madopar?) for 5 years you may be under medicated rather than the meds causing your symptoms. Discuss lowering and/or raising your meds with your doctor.

parkinso in reply to Juliegrace

You might want to join our Zoom calls. Saturdays at 7 PM CST and Sundays at 11 AM CST. Just reach out to MBAnderson to get added. Lots of nice people on the call.

parkinso in reply to Bolt_Upright

I am not good with Computers but will ask my son to help me link up. Thanks again

Is your neurologist a Movement Disorder Specialist? If he/she isn't I strongly recommend you find one. They specialize in Parkinson's

One of the proven ways to reverse your symptoms is to start doing Fast Walking. You would start at a very low level of walking, as fast as you can, for as little as 10 minutes or less, every second day and slowly working up to 1 hour every second day. That gives your muscles a chance to recover.

I was not cured but I have not taken any Pd medication since 2002. I am now 87 and still walking. This method of high intensity exercise that is maintained for an hour has been scientifically proven to produce a molecule in your brain that repairs or replaces the damaged brain cells, which then gives you more levodopa and therefore, less symptoms.

For more information either Google John Pepper, Parkinson’s or look at my profile on this website.

"There is no medication available that reverses the progression of Pd...." Even if that's true it does me no good to believe it. I've tried everything from B vitamins to meditation with nothing making a difference. I can't tell whether fast walking is doing anything. So next I'll try red light therapy. The literature suggests it could help. IF it doesn't,,..maybe look into stem cells. All these gimmicks may be a fools errand but that's preferable to feeling hopeless.

Have you actually tried walking as fast as you possibly can, for a maximum of one hour every second day?

Sydney75 in reply to JohnPepper

John you are blessed that it works for you. Everyone is different, if this was a "cure" it would work for everyone. Its good to spread your success, as I said before some people simply can not fast walk because of other health problems. Count your blessings!

JohnPepper in reply to Sydney75

Hi. I have never been under the impression that Fast walking works for everybody, but if it works for only 25% of them, which I believe it possibly could then that is a large number of patients.

I am so touched that after your improvement in your health you remain available to help others.... thank you very much Mr Pepper. I wish so much that my husband tried your method... after how long is it possible to notice small improvements? Are there many people, who, like yourself, have had significant improvements after doing brisk walking? Thank you in advance for your reply

JohnPepper in reply to VALENTINE28

I noticed an improvement in my clodition within a month. My walking times improved by nearly 20% after only three months. After two years I had broght my time doen to less than 7n minutes per Kilometre, It statrted in excess of 10,5 minutes per K.

I’ve had two right knee surgeries. I also have right leg tremor which tightens the muscles and aggravates the knee. I’ve used many of my own treatments including foam roller cupping vibration and laser. I can now walk further but I don’t know if I could do it for one hour. What do you think about walking and biking since the biking doesn’t aggravate my knee as much

Hi. I am not a doctor! I can only tell everybody what I have done to reverse my symptoms. If you can make use of any of the info I send out then that is wonderful. I cannot possiblly tell anybody that it will work for them! Anybody can try to do whatever they can and see the results. It requires no capital outlay or consultation costs, so what has anybody got to lose?

symptom is the gait:feet dragging and freezing when starting the walking. Can no longer walk...

am new to this community. I am looking for people who have experience with or have knowledge about...

My neurologist started me on one half a pill oh CL. Twice a day to determine if I have Parkinson's....