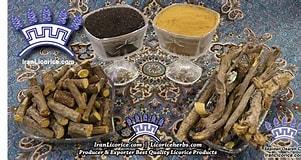 I've recently been reading that green tea, turmeric, and black pepper can serve as inhibitors of MAO-- enzymes that break down neurotransmitters, including dopamine, in the brain. I just started supplementing with these natural products. Does anyone have experience with this?

chartist in reply to MBAnderson

I was talking to someone about PD the other day and I said, If you stopped disease progression today, would you even realize it in a year or two years or five years? Possibly not.

It's too early to know, but I would not be surprised if FMT is found to stop disease progression. It seems to at least partially reverse motor and non motor symptoms fairly quickly.

5 years? You ought to know after 5 years. Its slow. It usually isnt that slow.

Have there been any placebo controlled trials for FMT?

If all that happens is that nothing changes from today for better or worse over the next 5 years, how would anyone know considering some PwP have gone 5 years without apparent disease progression?

FMT is only starting in testing with PwP. Two completed studies so far.

Is that a "no"? Seems a bit early to be calling it the great white hope to me.

I would say no apparent progression in 5 years is exceedingly rare if we are talking about assessment by a neuro or MDS, accompanied by appropriate records that allow a comparison. In any event, i said "usually". Most PWP would start to twig if their condition had frozen for 5y.

These are the two PwP studies :

The point is that some PwP have gone 5 years with no apparent progression so how would you know if something you are doing has stopped progression of the disease? No it is not common at all, but that is not the point I was making.

How well documented is this 5 year with no progression thing?

I think people on this forum have mentioned it. Dr. Mischley has a chart that shows the variations in progression over time in patients. That has been posted on this forum several times. That is not the point I am making, the point is how do you know if you are doing something that has halted progression of the disease if nothing changes from today into the future for better or for worse or if you happen to just be a very slow progressor?

If you are referring to the chart in the 'materials and methods' section at this page:

Then it doesnt say people have gone 5 years without progression. It says different people self-report different pro-pd scores at any given disease-duration level. It is an awfully long way from suggesting that anyone's progression has frozen for 5 years.

Changes in PD are subtle, usually, but they are there. Most PWP dont need a timeline of 5 years to recall and observe changes in their condition. Which means most PWP would recognise no progression over 5 years. I agree that if is this were to happen, isolating the cause would be very difficult unless you'd been on some new wonderdrug for 5 years.

Frankly, in the current treatment environment, the likely explanation for an objectively assessed and well documented absolute freezing (i.e no deterioration whatsoever) of ones condition for 5 years would suggest it isnt PD after all.

Dr. Mischley's chart is the one I was referring to. You continue to avoid the point I was making. If a person stops PD progression today, how would they know , as they would remain the same as time passed except for natural deterioration with increased age.

Well after 5 years, they'd notice that their PD had not worsened since 2021.

Have they halted progression or are they just a very slow progressor? How can you tell which one it is?

Now, this change may be due to some intervention. I'd be shocked if it was explained by the fact that you are 'just a very slow progressor', since Parkinsons is a progressive condition, and most well documented evidence is that PWP continue to get worse (as I said above, at something like 5 MDSUDPRS points per year), despite what people may self-report on the internet.

I'm not endorsing. I'm just sharing. The default order is enemas, but I would make sure I got the poop pills. Microbioma, email admin@microbioma.org

chartist in reply to Bolt_Upright

Wow, I was not expecting that!!!

Their page has added a wow factor in the last couple of months.

How to know how legit these folks are? Quality of product?

You could join some FMT groups on FB and get anecdotal testimonials.

Any you can suggest?

marcet in reply to chartist

Sorry but what is FMT ?

Bolt_Upright in reply to marcet

marcet in reply to Bolt_Upright

Thanks, very interesting, any experience someone with Microbiota ?

chartist in reply to marcet

It is not available for PD yet, but is used for other health issues.

Based on these uses and those two FMT/PwP studies as well as the increased attention it is getting, it may be available for PwP in the not too distant future, but it would likely be very helpful If the Michael J Fox Foundation would fund a study given the very good results achieved in the 2020 and 2021 FMT/PwP studies.

Hi Art, does it even matter whether it is available for PD? FMT is just to transfer gut bacteria from a healthy individual to PD. Now I see that they already have the stool on sale 😂 why can’t we just buy and Do it ourselves? Laura

Please ignore my question. Did some research, the gut- brain connection is complex and if not handled properly, the FMT can even be dangerous. On several FB groups, the results of FMT are mixed, some see benefits right away, and others even get worse/ neuropathy……. PD treatment may need specific targeted bacteria, instead of general transplant. It could be a long way to go!

chartist in reply to LauraYu

If on the groups where you go, these people are self administering, they are likely using FMT with an enema as the means of delivery which I don't think is going to be as effective as colonoscopy delivery. The enema delivery does not go nearly as far into the colon as colonoscopy delivery, which is what they used in the studies and was very effective.

Those people on FB groups, some used self administering enema, and some were done in clinic/ hospitals, also the donors made a difference too…….. Yes, serious disease like PD definitely need professional help, hopefully the next clinical trial that you sent the other day yields positive results🙏🙏🙏

chartist in reply to marcet

Grumpy77 in reply to chartist

FMT.... Google says Fecal Microbiota TransplantIs this what you are talking about?

chartist in reply to Grumpy77

What books/articles did you find this info? I am interested!

Exenatide : any non diabetic users? Update from those using...

The Value Of Carbidopa Levodopa Demonstrated in Two Signatur...

Fear as a cause of PD