Now Supplements Dopa Mucuna: If anyone out... - Cure Parkinson's

If anyone out there has experience using Now Supplements Dopa Mucuna, please share your experience. Also if anyone knows, do they do third party testing, and how is their purity? 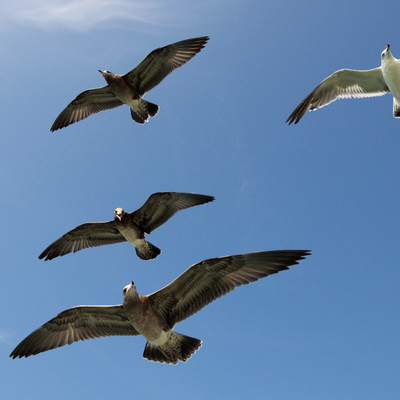 docjleonard55
To view profiles and participate in discussions please or .
22 Replies
•

I take 1 ‘now’ mucuna with half a senimet tab. I find that dosage is way more effective than 1 whole senimet on its own. Has helped enormously with brain fog/spacey feeling, and calms my tremors. I think it’s a well respected brand.

TigerShark in reply to saraoutwest

Sounds promising. How long has it been since you were diagnosed? It has been 11 years for me and I have been taking Sinemet for 8 years, so I was wondering if it will work for me.

Of all the different brands of Mucuna I've tried, the Now brand worked the best (less dyskinesia) and most reliably for me.I find that 1 Mucuna capsule with a 50/12.5 Madopar capsule is a good ratio for me.

TigerShark in reply to freefallmode

Since I was diagnosed 11 years ago and have been taking Sinemet for 8 years, I was wondering when you were diagnosed and if it would work for me.

freefallmode in reply to TigerShark

I'm 5 years diagnosed. Dosage wll be different but I think it'll work for you. "Now" Mucuna is standardized to contain 120mg of l-dopa per serving (2 capsules) so you just need to take a small amount of sinemet or pure carbidopa with it to get it to the brain. Eg. If you're normally taking a 250/50 sinemet tablet, you could take half that, and add 1 Mucuna capsule.

At the end of the day it's l-dopa, just with more of a mellow effect I find.

Despe in reply to freefallmode

Serving size is 2 capsules so 2 capsules contain 120mg of L-dopa, not one.

freefallmode in reply to Despe

Noted, and edited above, thanks

Despe in reply to freefallmode

You are very welcome. My husband takes 1/2 t Sinemet with two Now capsules X 3/day. Although he has tried several brands of Mucuna, NOW is the best according to him.

Ketty2007 in reply to freefallmode

Are you followed by a doctor for Macuna? My husband take 400 mg of madopar and azilect. How could macuna be introduced and in substitution of what?

freefallmode in reply to Ketty2007

I worked with my neurologist initially, to combine Madopar + Mucuna treatment. Now I'm comfortable tweaking the levels myself. Best you email me if you need personalised advice (freefallmode @ gmail.com), but in general, I'd start by purchasing a reliable brand of Mucuna (I prefer Now, but Barlowes and Zandopa also recommended.) Then start by replacing small amounts of Madopar with the equivalent mg L-Dopa Mucuna, and build up over a few weeks.

Ketty2007 in reply to freefallmode

docjleonard55 in reply to Ketty2007

Sorry for the late answer. My computer was on the fritz. I started mucuna on my own. My neuro prescribed sinemet 25/100 3x daily, but with all the postings I decided to try mucuna on my own first. I have graduated from 1 Now cap to 2 Now caps to 1 Barlowe's, to 1 Barlowes and 1 Now. I have not had any relief so far. I am R tremor dominant, dx 2 yrs ago after 2 yrs of misdiagnosis.

Mucuna won't work on its own unless you take a massive amount. You'll need carbidopa to get it to the brain. If you can't get pure carbidopa where you are, then you'll need to take Sinemet or equivalent with the Mucuna. I take 50% each, but I've had some success with 33% madopar/66% Mucuna too.

My husband is trialling 1 now capsule with each madopar 50/12.5. Initially I think he felt a bit nauseous with it but he seems to be tolerating it now. He doesn’t feel any levodopa product help his symptoms, they make him more anxious and muscles stiffer but he can’t not take them now as he has got used to them and suffers if he tries to reduce them.

He has in the last few weeks begun taking Kemadrin 1/4 tablet morning and night and they seem to have helped with his stiffness and offset the anxiety from the levodopa. Also he has been trialling Apolloneuro wearable for anxiety and he is finding that helps relax him so he has been a lot better for the past few weeks than he has since May.

JeanieBeanie in reply to LAJ12345

Been reading about the Apollo Neuro. Do you think you could use it if you have had DBS?

LAJ12345 in reply to JeanieBeanie

I don’t know sorry. You could try asking the suppliers. They were very quick to reply to my questions. They haven’t done trials on PD so we’re not sure if it would help my husband but he is definitely enjoying it now. Whether it is that or other factors like the Kemadrin, summer or something else also helping I’m not sure.

TigerShark in reply to LAJ12345

Since I was diagnosed 11 years ago and have been taking Sinemet for 8 years, I was wondering when you were diagnosed and if it would work for me.

LAJ12345 in reply to TigerShark

My husband was diagnosed 3 years ago. He only stated the C/L last year but sinemet wasn’t available so he has had Kinson for a while then Madopar. Kinson made him feel very sick. If you are asking about the Apollo I am not sure if it would work for you or not. It is supposed to calm and relieve anxiety so if that is a major problem for you it might help. I don’t know if it could help other symptoms but if the anxiety causes the other symptoms maybe it might. Hubby has found the effect subtle . He was extremely against trying it when I first bought it as he hates anything new, and doesn’t feel he is worthy of having things bought for him, he is sure nothing will work. Now he asks for it to be charged, and resets it when it runs out for himself. He is not good at noticing if he feels any different but I notice his behaviour is different. He actually is coming out of the bedroom during the day to talk to us, and has been a bit more smiley, laughing at things so a bit more like his old self.

You need a smartphone with the app to run it . You set it up with Bluetooth on your phone then can put it into flight mode to turn off Bluetooth while you are wearing it.

If you are asking about the Kemadrin I don’t know either. His main problems were anxiety which seems to be caused by the levodopa drugs and the sertraline they put him on initially which he is still trying to get off. Also stiffness and loss of dexterity in his hands.

He is taking a very small dose as he is a very strong reactor to any pharmaceuticals and usually gets most side effects of anything he tries so definitely didn’t want the side effects of this which are nasty. So far at 1/4 x2 per day he hasn’t had a side effect.

All his symptoms have reduced slightly. Less anxious, less stiff and his hands worked a bit better at bridge last night.

I take 2 capsules of NOW brand Dopa Mucuna with 1/4 C/L and it works great for me. The C/L allow the Mucuna to cross the blood brain barrier making it more effective. In place of the C/L, I have used green tea extract (EGCG) and it works fine but it was too much caffeine for me. Taking the Mucuna with coffee, green tea and grapefruit juice is supposed to have the same benefit. I just find it easier to take the 1/4 tablet of 25/100 C/L.

If I take full doses of C/L, I almost always get dyskinesia. With Dopa Mucuna, I seldom have problems with dyskinesia.

I can't vouch for the purity of the product but it's a brand I trust and I haven't noticed any inconsistency in the effect. I have been taking this brand for over a year without issues.

I haven't tried the Now brand Dopa Mucuna, but I've eaten Now foods for years - mostly their nuts - almonds, walnuts, pecans, and cashews. They are consistently fresh and good tasting.

Just my opinion, the now capsules didn't do much for me. I felt better with the Source Naturals brand.

that they are described as Mucuna and not Mucuna Pruriens. Does anybody know if there's a...

Hello, I am wondering if anyone has a good Mucuna Source in Canada? I am currently getting it from...

of PD. Up until now, I have avoided taking any PD drugs, relying entirely on supplements, in...

My new neurologist suggested I try mucuna puriens 1000 mg. because of side effects of sinemet ER...

even an eighth of a teaspoon of l-dopa powder which is actually Mucuna. I usually take 3 1/8 of a...