Tingling sensation in both lower legs is it liver related ???? 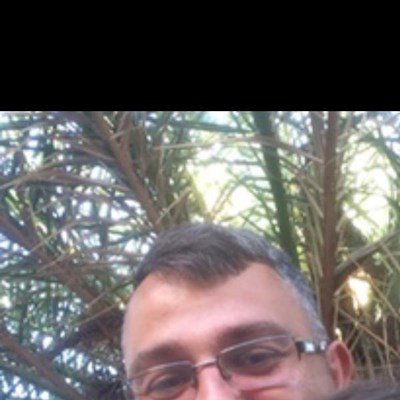 Luca17
To view profiles and participate in discussions please or .
17 Replies
•

No one can know on the forum if your symptoms are liver related, please check with your GP.

Luca17 in reply to Trust1

So what have these 15 doctors and all the scans and tests revealed? I wouldn't have thought that 15 doctors were useless or know nothing it's perhaps they are just not finding what you think they should but they can't find things that arn't there.

Tingling legs arn't a liver symptom but could potentially be linked with other issues - you previously mentioned a pre-diabetes issue - was this followed up.

You mentioned having an MRI scan - what were the results of that?

Luca17 in reply to AyrshireK

Polaris_Ab in reply to Luca17

I have similar symptoms as you. For me, it started with abdominal pains (upper side left, centre, right), burping even just after drinking water, pain after eating, weakness in the legs (especially in the calves), strange stools, pain in kidney areas along with bright (dark?) urine full of flakes. This started nearly 3 years ago. Now, the abdominal pains, burping, pain after eating, and strange stools are mostly gone (sometimes these symptoms return, but now last only a couple of days, and subside). However, I still have the back pain and dark urine (despite drinking 3 Litres of water daily), weak legs, and more.

This past spring I also developed a persistent vibrating feeling in my legs, along with a feeling of coldness in my calves with hair loss (at least 1/2 lost) in the areas of most coldness/worst vibrating sensation.

I also have numbness in the left side of my face, and have lost nearly 2/3 of my hair over my entire scalp, with slightly more loss on the same side as the numb face. First round of hair loss started last summer, and I lost 1/2, ended around Christmas time. The second round started this summer, and is ongoing.

I've had basic autoimmune blood tests: Basic anti-ENA screen - came back negative, also ANA negative. These were done about 1.5 years ago, so maybe they have changed. The only positive test was low complement (C3 and C4 both low).

I think this is autoimmune/vascular. Could be wrong, though.

I'm thinking about trying to find a doctor who will order tests for antiphospholipid syndrome and vasculitis. It is just so hard, since every time I go to seek help I just get beaten up with "you have anxiety anxiety anxiety!" even though I do not and have never suffered from anxiety. And if I manage to get these tests and they are negative, then I feel that will be the final nail in my coffin, at least when it comes to GPs willing to try anything at all.

In which do nothing

You do seem to be very angry about GPs. If they can see you are angry they can refuse to see you. Maybe you need to be a bit calmer when you see the next one and explain your symptoms in the manner you wish to be treated. If you would prefer to see a private GP, as l know it still isn't straightforward to see NHS ones, for £95 you can get a 30minute appointment. Seeing a doctor is the only way you are going to get a diagnosis and treatment.

If you are concerned your pains are liver related you must give up drinking completely and forget the takeaways..

Hope you are successful next time you see a doctor.

It will take longer than 4 months of no alcohol for the pain to subside. But you are on the right path. As far as the tingling in your legs is concerned we aren't able to say if it's liver related either. Sorry

Regarding the tingling in your legs, Trust 1 and Laura have given good advice. Those kind of symptoms need assessment by a doctor and then the relevant speciality from this.

Tingling bilaterally is a mine field as it can be caused by so many things that all require different management. Metabolic, central nervous system and peripheral nervous system disorders are just a few examples and then each of those can be broken down into a whole array of disorders and causes.

The doctor is the best way to go. I appreciate it can feel overwhelming and all becomes clouded and messy with multiple symptoms, tests, health care professionals.

Maybe simplify things and write down each symptom one by one in a list under columns like…..

1) What symptom you have right now. (regardless of what’s happened in the past).

2) How it affects you day to day, in terms of social activities, work, mood, worry, pain etc.

3) What you would be able to do if you didn’t have that symptom.

Show them to the GP x

Hi. I been getting the same. Was given gabapentin. Drinking too much caused nerve damage. Neuropathy. Good luck. I know how annoying the tingling is.

Luca17 in reply to Montys

Thanks had ct Saturday just waiting on results

Montys in reply to Luca17

Hi. I didn't have any scans for the tingling. I was just put on gabapentin. With cirrhosis and all , I never pushed it. Please let me know how you get on. Good luck 👍

Luca17 in reply to Montys

Montys in reply to Luca17

My daughter is in hospital with Ascites, her liver is damaged and she is very swollen in her abdomin

they say his liver is fine..

Has anyone else suffered with stomach pains due to the liver being...

Awful symptoms, not sure if liver related.

things I learn't with the British Liver Trust's \\\"Love Your Liver\\\" road show, was that there...