Has anyone tired L-ornithine-L-aspartate along with rifaximin and lactulose to help with relief of toxins? I just started per Dr orders I can’t tell any difference as of yet (one week @ twice a day) I am hoping it helps. 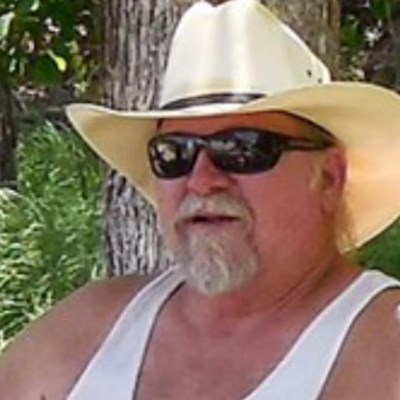 Dldtx
To view profiles and participate in discussions please or .
Read more about...
12 Replies
•

I haven,t tried the things you mentioned, however i followed the clinical trials ino the effect probiotics have on HE you can find out more online. Toxins were reduced quite significantly i n the trials which used medical grade probiotics VSL 3. I began using VSL myself but found it too expensive (used to be delivered chilled by courier ) so now use a good quality probiotic from Amazon. Certainly has helped me. Check with your doctor before trying anything new. best wishes to you. mb ☺

Dldtx in reply to moonbeam4

I will continue to ask, one or just another problem is the unexpected weight gain I am experiencing over 50lbs or 3.5 stones which sounds better in a year.

When I had periods of HE I had been on Lactulose and Fresubin supplement drinks for a while. When Rifaximin was added the HE stopped. After transplant I had a brief spell of delirium which was more severe than the encephalopathy had been.

Dldtx in reply to Gordon99

Thank you, I feel at times there is no hope, I have given various diets a try and at first the medications and diet worked great but HE just seems to come back. My memory is shot and so is my energy.

Hi i have hepatic encephalopothy i am on refraximin and lactoluse if i can help u with anythin please ask will b more than happy 2 help.

Sarena in reply to Whitley09

I have a question about how you feel? Do you find your memory is poor or you slur your words? Does a person with HE even know they are "off"? My husband was diagnosed with it and is on Xifaxan and Lactulose as a back up. He is not open about his issues and does not acknowledge any problems except for slips of memory and easily tires. The bigger problem is he is a business owner and I am not sure if he is capable or competent. I feel he is incompetent at times, but unwilling to say he is overwhelmed or has an issue. Does he even know what is going on? His levels are good but he is somewhat more irresponsible since developing HE and end stage liver disease. What do you think?

Dldtx in reply to Sarena

Yes I do slur and sometimes I think maybe I am mumbling softly. I know I am off my family says my personality has changed, but “HE” for me it is like a temporary fog that slips in and out a lot,it’s like my brain slips into neutral and engine is running I am thinking an I am able to do stuff, then once it kicks back into gear I just continue really not knowing what I was doing until later if at all. I drove 150 miles past my house once just missed the turn. I get frustrated easy an Insomnia is a side effect that helps with the fatigue, I take medication to fall asleep and stay asleep. The lactulose is very important to remove the toxins. I know exactly what is going on until the fog rolls in or someone ask a question easily distracted. I have miss taking my morning medication probably 2 or 3days a week even with tons of reminders for years. I look at it but don’t take it and then forget about it. I don’t believe this going to get better without a transplant. In my case we followed dr orders my sons have power of attorney, they have taken my driver license & credit cards and check book so I don’t spend money on shiny things. I have gone from 3000 sq foot home to 1100 sq feet. Which is great because now when I forget things it is a short walk back. We have arranged my daily schedule so I have less opportunity to get frustrated or lost in the fog. I think maybe the best thing to do is consult with your dr about your concerns without him present and if the dr is in agreement then let the doctor explain to him and you why he should scale back or stop working. There are so many things to say but Here is a example, This took me two hours to complete which before “HE” would have taken minutes. It hard to string words together but in my mind all the words are there so I hope it makes sense.

Sarena in reply to Dldtx

Wow! I appreciate your response and honesty. I have read tons of facts about HE, but am trying to figure out how it fits into my world. My family is willing and able to adapt but it is difficult to get my husband to adapt. What sleep medicine do you take? My husband has insomnia as well. His problems are all due to alcohol. He has cirrhosis, has bouts of ascites- not since he has gotten out of the hospital and HE. He basically refuses the lactulose because he is chained to the bathroom. You seem to have accepted your situation and are trying to make the best of it. That is huge! Thank you again for answering. I wish you the best and your response was well written and thought out!!

Dldtx in reply to Sarena

Currently I take 2 Trazodone 50mg each, 2 Hydroxyzine HCL 25mg each, 1 tablet of Midnight ( midnight is the name of a over the counter natural supplement sleep aid ). Also I have a Cpap machine. I have developed other issues and will have to have a bone marrow test soon. The midnight tablet helps me get to sleep, The Hydroxyzine is for itching but it is an antihistamine so it makes me drowsy. The Trazodone allows me to sleep and is suppose to have less of the brain fog unlike ambien and such can cause. Having not slept well for a long long time About the first time I took this I slept 16hrs now it’s 5 to 8 hrs consistently. It is imperative to follow a good diet an portions for me it’s a low lectins diet, not my favorite. I understand being chained to the bathroom at first it is hard to get used to however it is removing the toxins an that’s the goal. An eventually that part I have gotten used to, I think it’s just knowing when to expect it. I wonder if it’s working even though I am taking 3 to 4 times the normal amount prescribed and ( L-ornithine-L-aspartate ). My Cirrhosis was caused by hepatitis C , I just figure I already have it so it is to late to worry. I understand that “HE” can continue to get worse and could lead to multiple serious problems so I try hard not to allow that to happen by doing what I am told consistently as I can. Which To me that’s kinda funny when you have a memory problem.

Hi, I am going on two years with the same medications as you and my dr had added this new medication ( l-ornithine-l-aspartate ) to help detox more. I am curious if anyone has tried it before and notice any progress.

Thank you for the great information, he is soo personal and one loses their dignity and memory, good wishes x

hospital for 8 days, this caused confusion, but long story short, and we don't know if there is any...

always use this guide to help people understand the stages of HE. Especially helps when I’m having...

severe symptoms and I would like to know if anyone else has been, or knows someone, who was...

going to last? has anyone got any experience of it? does anyone know any ways we can help support...

Anyone have any tips on reducing amonia levels in the blood? Had mind tested & is on higher side of...