I,ve forgotten which site it was on, but, does anyone know which extra jabs to ask for as i,m going to gp,s next week and usually have to give him advice rather than the other way round. A link would be awesome. 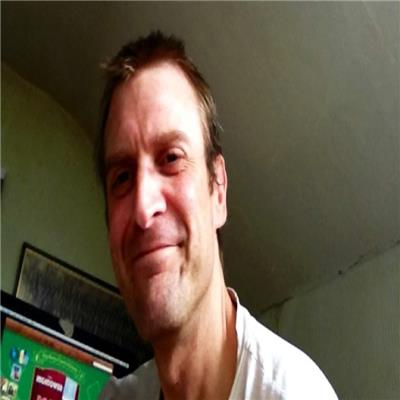 H1ghtower
To view profiles and participate in discussions please or .
17 Replies
•

I'm in the same boat as you and I was told to have the flu jab (which I refused) and vaccination against hepatitis. Hope that helps.

Thanks, bud. Sorry its taken so long to reply. Why did you refuse?

I also recommend the Pneumonia jab.

Please do your research before you allow further toxins to be injected into your bloodstream that your liver has to deal with. I am post transplant and I am 'supposed' to get the flu jab every year, (the non live virus type), but I refuse. Firstly because there is a disclaimer on the insert that says it does not protect you from the flu! And secondly because of the wonderful substances like formaldehyde they mix with it.

It nearly comes to an argument yearly with my nurse, as I am also type 2 diabetic controlled without medication, I will not put that flue vaccine in my system, she literally trys to force it on me, won't happen, never had flue in my life, so h1tower I would be very careful because of liver issues. Annette

How interesting that those who have posted feel more qualified to make medical decisions than their doctors who in some cases have saved their lives by treating them.

Why trust highly trained experts when you can do "research" on conspiracy sites?

JimBaker, those highly qualified 'experts' have no idea what makes up the adjuvant in vaccines because the don't read the inserts!

Of course I appreciate those who have saved my life, how dare you judge that! BUT, they still don't know everything and sometimes go along with the party line without researching the pros and cons.

And, for your information, crying 'conspiracy' is the first line of defence of the intellectually lazy....

How about this for a conspiracy: 80 people compensated for flu vaccine injury.. healthimpactnews.com/2014/g...

And that was only last year!

My passion is to try and help prevent people going through what I have been through. If that means swimming against the tide of opinion then so be it.

I am not saying that vaccine technology doesn't work or that it hasn't saved lives. I am saying that the stuff mixed in with it can have adverse reactions and side effects. That is why researching the subject before you allow an invasive procedure to be done on yourself is essential. After all, no one else is going to do it for you!

Sorry to go off on one, but there has been more medical knowledge lost or ignored or dismissed simply for expediency's sake, (or worse, for a fast buck) than the medical profession would care to admit.

Looking at random web sites in not 'research' in the true academic sense. There are indeed a lot of alternative 'health' sites, but the stories only originate on one or two of them. These may be general conspiracy sites, or alternative medicine sites selling supplements etc.

It is simply foolish to get your information or make health decisions based on non-expert advice from people with their own agenda, rather than trust science.

We spend a fortune training highly intelligent people over many years. These people then gain years of experience. They do actual experimental work. Their results are published for others to criticise and comment (peer review). Eventually an evidence based consensus is arrived at on such matters.

They may not always get it right, but they are the best we have and certain better than stuff some kid makes up in his bedroom, old myths, anecdotes, or marketing material from alternative medicine sellers.

What a candy covered world you must live in.

Most of us with chronic conditions know more about our conditions than most specialist doctors. Eg I was told today, when I enquired about seeing a specialist in Lupus, that the rheumatologist who over sees me IS a specialist in Lupus by vertue of it coming under the umbrella of rheumatology. Err dont think so! My lupus organ of none choice is my liver. I dont believe liver comes under any umbrella except Heptologist.

I do do my own research, as far as sites which print research etc will go. I commune with like sufferers to hear experiences and tips.

People with chronic illnesses have more invested in their health than doctors who are none specialists and General Practitioners can know.

So, don't be so swift to decry people who ask for help and question their doctor's responses or reasons we all know how Pharmacutical Companies are motivated. Who converses with them... of course doctors.

I wholeheartedly support Nutrimar and would far rather listen to that advice and then decide myself what to take from it than blindly saying Yes doctor, and swallowing yet another med or injection.

Thanks Nutrimar for your advice. Kind of you to share your opinion.

I shall now make an informed decision having taken your words into account.

PS. Jim Baker. Such anger! Who are you really annoyed with? What causes your knee jerk reaction?

How about trusting this doctor, Jim? doctoroz.com

He has come under immense pressure in recent times for his stance on informed choice regarding vaccines.

BTW. Those figures in my previous reply re flu vaccine injuries came DIRECTLY from the CDC (Centre for Disease Control) in the USA.

No conspiracy there my friend.

"Natural News" is one of the worst pseudoscience conspiracy sites.

Dr Oz has been thoroughly debunked by real doctors: mic.com/articles/106802/we-...

You really do seem to have swallowed all the silly 'alternative' propaganda, nutrimar, but I have no doubt that you will be using proper science-based medicine when/if you get seriously ill.

I often wonder why people prefer delusion to reality, is it just that the delusions are more interesting than simple scientific facts or just that believers can feel superior to mere mortals who only go on the facts?

I can't see why anyone thinks I am angry about this. I am just slightly annoyed, not angry. If people want to believe rubbish rather than science, that is up to them.

The reason I speak out is that this is a health forum and giving people bad medical advice based on pseudoscience can be dangerous. Unwell people can be very vulnerable and so susceptible to bad advice. I am simply warning people to trust the doctors that are qualified and responsible for their care.

I will be contacting the site owners suggesting that the site be more carefully moderated. There could be serious legal implications if anyone were to be harmed by acting on nonsense posted here.

It was a recommendation for jabs for a liver cirrhosis condition and there was one mentioned that was for prevention of chest infections for smokers with said condition alone as a chest infection can be fatal for child pugh a to c apparently. Its not a question of whether the flu jab is effective as a whole from the average patient perspective. The fact that there doesnt seem to be any real treatment apart from a transplant, is the reason i,ve come on this site Mr Baker. Trusting the system rarely helps where the government is concerned in my humble opinion unless you are aware of it and work around it. If i where to follow the lgi,s liver specialist advice i would of stopped drinking anything with caffeine in whilst still smoking which has a direct negative effect on the liver if you took 30 minutes each way to walk from the ward to outside smoking area and picked up an infection because of it. I was kept 9 extra days in the ward till my temperature came down and STILL wasn,t advised to stay in a more hygenic environment. I,m not complaining though just don't ask me to follow the rules regardless as my own GP himself advises against.

Hey H1ghtower. Love the handle btw 😊. I think what it really comes down to with these things is if the shot or jab as you all call it supersedes the risk in benifits. Some things can bugger with liver yes it's true but sometimes people forget that infections also bugger the liver. There has been cases where people with decompensated cirrhosis have been thrown over the edge into liver failure from pneumonia. So we gotta sometimes trust our doctors to decide if or not the benifit outweighs the risk. That being said I wouldnt let that choice be made by just any doctor if it was me. I'd make sure my hepotologist was the one giving it the yay or nay. This is just my opinion of course. Happy New Year my friend!

started getting better. She was having weekly and occasionally twice weekly blood tests that went...

not going through the whole diagnosing process rather than an actual credible figure. Its probably...

liver cirrhosis and he doesn’t have many symptoms at all..How long does it take to develop severe...
•
10 Replies

don't understand how can he drink after so much. He knows he is unwell and he still drinks. What...

Advice for a friend with cirrhosis (alcohol induced)?

10 Days Into Hospital Detox Once Again..