Actonel: I will be starting 35mg once weekly... - Bone Health

I will be starting 35mg once weekly dose. Can anyone share experience with it? Thank you. 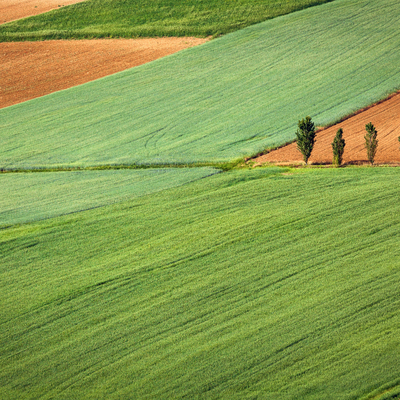 Jeaniem130
To view profiles and participate in discussions please or .
Read more about...
2 Replies
•

I started taking Actonel EC (enteric coated) 35mg weekly in March 2020 as a relay drug to transition off Prolia safely. I had turned out to be allergic to Prolia, so had to stop, and expected that I might have a few issues with Actonel too as I don't usually take medication and don't seem to tolerate it very well at all when I do. Often people react differently to medication and two people often don't have the same experience.

A few days after taking the first tablet, I developed a headache, felt dizzy and nauseous, and noticed that my vision was blurring a bit, especially noticeable when watching TV and reading on-screen text. I developed some left upper back pain and neck pain after taking the second tablet and the initial side effects persisted. I didn't feel great, so made an appointment to see my GP. We agreed that I should stop the Actonel for a week, but with the caveat that I HAD to take one of the osteoporosis drugs to mitigate against the Prolia rebound vertebral fractures, so to give the way forward some thought in the intervening week. So between a rock and a hard place, as they say!

I found out that Actonel also comes in a daily 5mg version so, after a week's break and with my GP's approval, I decided to try this dosage every second day instead of daily, and so ease onto Actonel gently. In the week I was off the 35mg Actonel, all the side effects had disappeared. Taking the 5mg tablet every second day did not produce any noticeable side effects but, due to being over-anxious about being on medication, I stopped for a couple of weeks, then re-started the 5mg tablet each day as time was running out to get onto a relay bisphosphonate before Prolia wore off. After two months on the daily Actonel and with no real side effects (except that I think it worsened my existing IBS, but that could have been caused by something else), I switched to the weekly 35mg tablet. That's been fine - no problems the second time around on 35mg, and I put that down to easing onto the drug using the 5mg daily tablet.

After 17 months on the 35mg weekly Actonel, and with some trepidation, I switched to weekly Fosamax (which is more potent than Actonel), but haven't even noticed the difference. I'm obviously accustomed to the bisphosphonates now, it seems. So I think they key is not to hit your system with a high dosage first off if you're sensitive to medication. A friend of mine took the monthly 150mg tablet for about 18 months and told me that she had flu-like symptoms the first few times she took Actonel at that dosage (she's since stopped taking it). So it appears that the stronger the dosage, the more severe the side effects. Fosamax is not enteric coated, but I haven't experienced any digestive issues, reflux, etc (but then I never have).

Good luck with this! Making the decision to go onto these drugs is not an easy one, and should be thought through thoroughly with all the requisite tests being done first. At least with the oral drugs one can stop whenever one wishes. Prolia is a different story and not to be recommended as a first-line drug, to my mind.

Jeaniem130 in reply to Arcadia10

Thank you for your very thorough response. I am expecting the script to be ready tomorrow but will probably just mull it over for a while. I have recently found out I have some back issues and will be seeing a PT to evaluate what exercises are safe for me. Right now I am having steroid epidural injections. One of my fears is that should I need a spinal fusion I won't have strong enough bones to heal properly.

Rebounding / trampoline - is this a safe exercise option if ...