I've been on Atorvastatin for several years now, initially due to my diabetes.

I was initially a little apprehensive due to the concerns over muscular problems.

Luckily I had no issues even when they upped the dose to 40 mgs and my additional medications for my stroke and bypass.

I have always considered myself lucky.

That said, over the last few weeks I have had bad cramps especially in my legs but Las night I had considerable pain in my legs, both thigh and calf. It was extremely uncomfortable.

It eventually faded after about 30 mins and I managed to get back to sleep.

It is absolutely fine now with just a faint ache where the pains were.

Obviously if this continues I'll go back to the GP about this additional problem, but wondered if anyone had issues after a long time of using Atorvastatin? I am thinking of leaving off the tablets for a few days just to see if it helps. 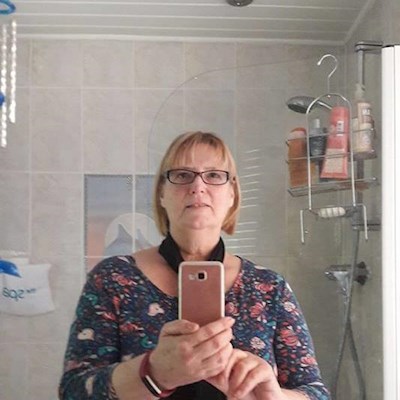 Heather1957
To view profiles and participate in discussions please or .
Read more about...
20 Replies
•

My wife had issues instantly.

The ICS-NHS Diabetes Prevention Programme asserts that excess, refined and high-glycaemic carbohydrates are the cause of the bad cholesterol, VLDL.

Limiting carbohydrate intake is not only healthy for controlling blood glucose, it also improves blood lipids.

Heather1957 in reply to StillConcerned

I appreciate this but my concern is over the effects of Atorvastatin on the muscles - sure the aim is not to need it ALTHOUGH a lot of doctors would recommend those over 50 take it as a matter of course.

You say that your wife had problems immediately - could you elaborate on what you mean as that is the info I am looking for.

StillConcerned in reply to Heather1957

Severe joint aches, particularly her ankles swelled, and muscle pains she described as being through to the bone, more severe than growing pains.

My husband has been on it for years, he's never experienced any problems with it

Heather1957 in reply to Lezzers

Hi Lezzers, how long has your husband been on them?

I haven't had a problem during the day so I wonder why it happens at night?

Lezzers in reply to Heather1957

Hi Heather1957, he's been on them probably 15+ years. He's had a heart condition for 21 years and there was a time when he used to get really bad cramps at night but he's pretty sure that started before he took the statins. However, he hasn't had cramp for many years now. I would speak to your GP or maybe speak to the BHF heart nurses.

Heather1957 in reply to Lezzers

Thanks - if it continues I will seek medical advice.

As I said all day today I haven't had a problem, I was driving for a few hours yesterday and i wonder if that may have caused it although I regularly drive to Manchester from S Wales without issue.

I'll see how tonight goes, I'll start keeping a journal if it comes back so I can try and eliminate possible causes.

Hi Heather. We conversed on here a couple of months back, and I am pleased to report that I just this week had my triple stent intervention (under full GA) and thank god I did, as the surgical team accidentally cut thru' my femoral artery in my groin area. Apparently I was quite a bleeder and it took some considerable time and a relay team of nurses to compress it down with ice before it stopped and a few stitches were put in to hold it closed.

So just glad I didn't feel the pain and didn't see the surgeons faces as they realised what they had just done . . .

But the stents went in without further incident and apart from the groin bruising and being rather tired, I feel great!

With regard to the Advorstatin - I had been prescribed this years ago as I too am a diabetic and have high cholesterol, but I didn't take it as I had fybroymyalgia and I had convinced myself that it would add to my leg pains.

And whilst everyone is different and I am not a doctor, I wish I had taken it when I was first told to - as I only realised many years later, when I had a stroke, then the ischemic heart disease and blocked arteries, just how invaluable this drug is for us diabetics. I am still on it and don't find it affects my legs at all. I have diabetic nerve pain in legs, toe's and feet and still have fybromyalgia when I am unduly stressed out. I think for me it was "in my head" that I would suffer extra leg pain, if I took statins, purely because I had read SO much about it in the media of the time.

Maybe you genuinely feel that it does affect you, detrimentally, so you should discuss with your doctor's but for me, I'll be devastated if I had to stop taking them for any reason as they really help keep the cholesterol down in my case. Hope you can get this resolved. Xx

Heather1957 in reply to WardijaWardija

Firstly OMG!!! I am sure whether you're a bleeder or not any cut through the artery makes you bleed like a pig, so glad they stemmed the bleeding without to much difficulty.

Secondly, thank goodness the stents are in and you are feeling okay.

I was initially prescribed a different statin way back in 2012 when I was diagnosed with diabetes which I couldn't get on with, it was then changed to Atorvastatin in about 2014 when I was given 20 mgs. I do understand the benefits of taking statins although I know there are those who are quite anti it.

After my stroke (following the angiogram) in 2017 they upped the Atorvastatin to 40mgs and I really have had no problems,

Anyway last night, no leg pains at all (yippee) so I'll have a walk today just to see how it goes tonight.

Fingers crossed you continue to improve.

That sounds more like caused by hot weather and lack of water etc. However, i was put on 40mg atorvastatin after stents with no explanation. My GP was not happy when I said I wanted to halve it due to pain. It was only after a month or so that I realized I didn't have pain any more.

I’ve been on it for years at 80mg daily (following MI) and whilst I had no obvious muscle issues it did cause severely elevated Liver enzyme levels to the extent I had to cease it completely for a month then go back on until it happened again and had to repeat the process. I’ve now reduced the dose and my liver is behaving.

If you are getting thigh and calf pain you should seek medical advice quite swiftly as this can indicate circulatory issues like arterial or venous constriction. I’m not saying this is what it is but it needs to be eliminated as a cause particularly as you have diabetes. I’d never advise stopping medication without medical advice

Rosei in reply to

I was on Anvorstatin for 10 days after my NSTEMI, by which time I ached so much I could not even wring a dishcloth out ( normally fit and strong). I knocked them off for two days all pain disappeared . There are many types of statin out there, a change to one you can tolerate is the best way forward. A chat with your doctor is the best route forward. As much as I hate statins most of all the tablets they have an important job to do

Hi Heather, I have the exact same problem of a night. Sometimes I get cramp in both legs at the same time, very painful and cant get out and stand up to walk about. I too am on Atorvastatin but mine are 80 mg, I had a heart attack 5 years ago and that was when I was put on them.

I have always thought it was these meds that are causing it.

After 5 years you sort of get used to it and know that it is not going away, I will mention it to Dr. on next review , but I think you should continue taking them till your DR. changes them or tell you you can stop them as they do seem to be doing the job they were made for . Hope you sort out your problem, let me know if you change meds and they are better

Like you I'm Type 1 diabetic on 40mg Atorvastatin for 15 years now (I was initially on 10 and then 20mg). I recently drove from the north Midlands to Cornwall. It was during the last spell of warm weather we had at the end of June!

I suffered with awful leg cramps that evening and the following day. I found gentle walking and putting my feet up helped (along with a couple of paracetamol). The pain went and I haven't had it since. I put it down to driving.

My cholesterol levels are great on Atorvastatin. I've had no real muscular pains to speak of but suggest if you're still worried, get the GP or diabetic clinic to follow up.

MichaelJHHeart Star in reply to Handel

I am also Type I diabetic and have been on Atorvastatin for nine years since the diagnosis of PAD. This diagnosis followed frequent cramps when walking when I insisted on a Doppler despite the DSN saying my pulses were fine! Heather - it is probably worth asking for a Doppler if only to eliminate PAD from the equation. Handel - check your car seat as on one hire car the seat edge dug into the back of my thigh causing issues.

Handel in reply to MichaelJH

As always, thanks for the sensible advice Michael.

My problem was not getting out the car much to stretch my legs on the long drive! You'd think at my age I'd have more sense. I stopped every hour to check blood sugars and have a drink of 'flask tea' (awful) and a snack.

I have recently been prescribed this mediation and when I expressed concerns to the GP about damage to muscles and cramps he said if I still have symptoms after 6 months he would test me for CPK, which is something to do with muscles. Could you ask you GP about this and whether or not you have every been tested for CPK?

Thank you to everyone who spent time replying to me about this issue.

To date, no further problems, it could well have to do with the heat and extra driving, I am hoping that is all it is as touch wood, I am doing okay on all my different meds.

Have a good week people.

Hi Heather, I have been using atorvastatin for many years( about 20 yrs) and I don't have a problem with it. However I was having episodes of very painful cramp in my legs and feet. Over 2 years ago, after doing some research, I started taking magnesium 1000mg per dose each day, and after about 2 weeks I have not had cramp since.

when the liver makes cholesterol). I’ve never had issues with statins before (I have FH) but I...

any experienced eye irritation when starting atorvastatin. I am also taking clopidogrel, and...

angina my Dr. put me on Atorvastatin, I have only been on them for a few months and find I'm not...

take it. Is the Atorvastatin important after a HA. Does it reduce risk of further problems? Just...