Hi, hope everyone had a good Christmas

I spoke to my cons on 29th December and he told I'm not producing any cortisol atm and told me to take my pred before 9am as this is when its needed most.

He also wants me to try and taper to 5mg as he thinks being on 10 is masking airflow obstruction when I do my home spirometery tests as part of meeting the mepo criteria.

So atm I am tapering by 1mg per month until I get down to 5mg. I was also given advice on sick day rules etc. He also thinks that my adrenlas might recover if I am able to start mepo and come off pred, so fingers crossed. Just a bit shocked that my adrenals have gone to sleep 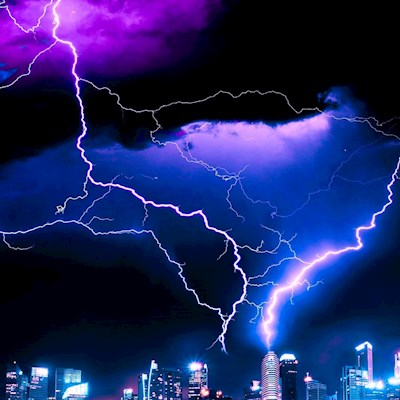 Angelgoth
To view profiles and participate in discussions please or .
12 Replies
•

Hi ... I was on long term pred my asthma is/was severe.. I was maintained on 25/30mg daily for 5 years .. tried several biological treatments which all failed .. since being on Benralizumab I’ve managed to wean down to 5mg where I too had cortisol bloods taken my 9am was 50. So I was referred onto endocrinologist. I’ve seen the guy 3 times over the last 12 months, more tests and my adrenals are shot , so I now have adrenal insufficiency to add to the mix ... I’m now on steroid replacement therapy for life in the form of hydrocortisone... the switch from pred to hydro was real tough ... are you being referred to endocrinologist?

Hi thanks for your reply, I haven't been referred to an endo, I have been on and off pred for almost 20 years. Started long term pred last Jan. My cons thinks adrenals might wake up if able to start mepo and come off pred. My last cortisol test was 14 at 8am so hopefully this will improve

Good to know you got that update but I'm sorry, that is hard and frustrating news to get. It is really scary that prednisone can break our adrenals. I had hoped at the beginning it was temporary but I've now had AI for nearly three years. Keep a close eye on your symptoms as you taper. You can learn a lot on this website: adrenals.eu/

And this is a great site to help you understand how cortisol is produced throughout the day (hence your doctor's recommendation to take pred at 9 am): cahisus.co.uk/pdf/CIRCADIAN...

Hopefully this will be temporary for you! Keep us posted.

Angelgoth in reply to hilary39

Hi thanks for your reply, and for the website I will have a look.

Hilary, I had it for about 4 years and have recovered! Admittedly it's easier because I don't really respond to oral steroids for asthma, so haven't kept going on and off those. Crossing fingers you and Angelgoth both can.

I’d just like to add , I’m sure when and if you get to 5mg your be offered an ssp test , they inject you with an artificial stimulation to try and wake up the adrenals , this gives them an idea if they will wake up ... they take blood prier to the test and then at 30min intervals

Hi Angelgoth, really hoping your adrenals recover with the med change. I was so interested to hear in your other post that you weren't feeling all that unwell despite your cortisol level being so low, no wonder it's come as all the more of a shock to you. Hoping you're feeling really well supported by your consultant. I'm having a cortisol test soon and was intrigued by whether you were told to avoid anything (meds or otherwise) before yours? I'll check with my GP but have heard mixed advice.

Hi, I used to have AI (now recovered!) and wrote a massive post about it which may help re the test: healthunlocked.com/asthmauk...

Angelgoth, parts may be useful for you too?

GFloss in reply to Lysistrata

That's really kind and so informative, thank you so much!

Hi I didn't know I was having my cortisol levels checked, I was having a blood test for something else and they just happened to check my adrenals, so I wasn't told to stop any meds. The blood test also happened to be at 8am so I hadn't taken any pred for 20 hours or any steroid inhalers

Thank goodness they happened to run the test for you! Thanks so much for the reply too.

my bloods showed low cortisol levels. I take my daily pred at lunch time and also hadn't had my...

montelukast 5mg about 6 months ago. He had also had a synacthen test which showed his adrenal gland...
•
10 Replies

tolerance. They also took bloods for cortisol levels etc while they were there. They also looked...

Peak flow and oxygen ok according to them. I got told that I have difficult asthma. And I am going...

Sinus Surgery is it worth it?

My school is at it again!