Saw my Ep Proff Osman yesterday,Amongst a lot of other things (I had a list of 12 questions! I was paying £100 to see him privately!) I asked him his opinion on the latest research.

He said Warfrin users are in InR range 70%at best,whereas with strict compliance in regard to taking regularly etc NOacs offered 92%.

He hadnt seen the medscape findings suggesting a higher level of stroke but said he was impressed that it had only come out on the 17th Dec and that I had read it!

He was a bit dubious he said,as a first response but would look it up.

He said tbat although ,as yet, there is no large scale randomized trial that can show this, that reducing AF and AFl burden on the heart is of immense importance for future heart health.He said he can only say ablations are for QOL still,as litigation is a real threat to medical profession these days.

He affirmed that anyone over chadsvac 1,and even some who are just 1,should continue on anticoagulants for LIFE,as af can suddenly return,and can also happen undetected after an ablation ( is that Bobd going into Smug mode?!!!)

He told me it may it be him that does it,but could be done by one of the other consultants with EP quals or experience.I looked tbem all up at home and they all seem to have lots of experience.

We talked about the risks.He quoted the standard 4 % risks of stroke,pNI etc.I heard him say 'so a risk of 1 in a 100' and something abiut 10 years...I must have kind of gone into into a brain fog,as hubby said afterwards as I was grilling him over what he'd said etc,that he said 'In 10 years,I have only seen one stroke' ok.......

I was a bit worried when he said he would check if I was still on the list , as I had declined an invitation to attend a pre op so that i could meet him and have this conversation.He was worried that I might have been sent back to the bottom of list.If so he would push for me to be reinstated,as I have alresdy waited since April 2017.

If so i am considering getting a referral to Glenfield,where Dave had his done, as he says its usually only about 12 weeks tbere! Watch this space!

Just off to put the sprouts on! 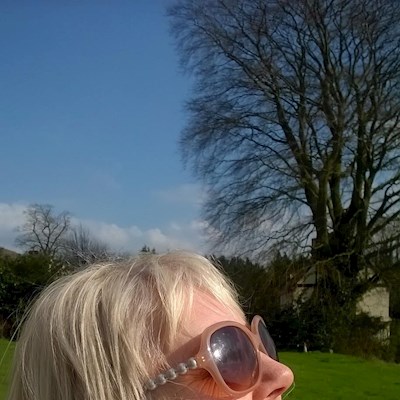 wilsond
To view profiles and participate in discussions please or .
Read more about...
14 Replies
•

All very interesting Wisoned and a wicked sense of humour re. sprouts!

Glenfield is great, Had my ablation done by Dr Sandilands

Thank you for asking your EP and reporting this back. I feel slightly more positive about my choices now.

Thank you for sharing this .

Sounds like a really useful consultation - thank you for the information.

Sounds as if you got your questions answered and impressed with price of consult too! Thanks for letting us know.

I am happy to stay on the NOAC Apixaban. I agree with your EP only consider ablation if you are unhappy with QOL which is true in my case as I want to get back to more energetic outdoor activities.

Should be ready in time! Xx

Hilly22 in reply to wilsond

Those are good replies other than one point. He states that "Warfarin users are in InR range 70% at best". Are you sure he said that? The 70% target is quite low. For instance, the average time in range for everyone on warfarin in Scotland is 72%, Australia 81% and Denmark 83%. I myself am in range 99% of the time.

He might have said that anyone with a time in range of 70% or more is better staying on warfarin?

wilsond in reply to MarkS

Thats what he said according to my notes, must admit I was a little surprised too!

Thank you for sharing your information. Merry Christmas!

thought I should stay on Warfarin. On Tuesday I had another TIA and was admitted into hospital, l...

Update on my Ablation day at LH&CH

to see the Dr scheduled to do the Ablation when the Dr arrived we had a chat about my AF about my...

episode until I see him again. The risk of stroke is so minute in his words that the risk of...

I had a telephone review with my EP today. I'm on his list for a third ablation which under normal...

time to assimilate all he has said. At least I am on our ablation list from today so no need to...