Noooooo!!! Went back to work today under a little stress but not to much! Had breakfast all ok ! Then around 11 am break had a normal cold drink then bam AF but only for 10 minutes! When sitting down went slowly into normal beats! Oh my word how many more bloody years now ! The last ablation worked from day one fir 9 years after it but now the second one after 5 weeks it looks like it’s only worked 50%.

Anyone enlighten me that they thought the op had not worked but it went better after longer recovery! Steve 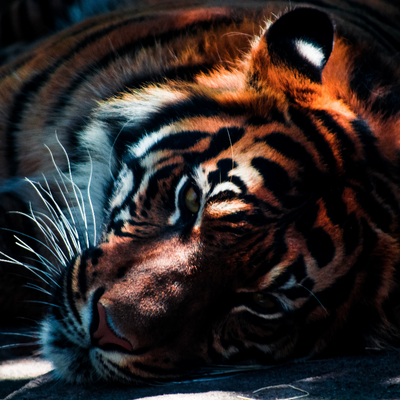 Liverpool10
To view profiles and participate in discussions please or .
29 Replies
•

I know it’s frustrating Liverpool10, but there is a limit to how many times we can say that it can take 3 to 6 months for the scar tissue to form. (Thank you boberch)

Assuming your ablation was carried out by the NHS, speaking as a tax payer, it is very disappointing that you seem to want to wreck a procedure that probably cost in excess of £20,000 just 5 weeks ago.

Dont mean to! but after 16 years AF I am sick of it and after a 12 hour shift I am frustrated to have s glass or two sorry

fairgo45 in reply to Liverpool10

I know my reply will have sounded harsh Steve, but a few days ago you asked a similar question and many of us replied saying that you have to an ablation time to heal. I sent you a copy of the AFA fact sheet which explains that AF episodes are likely to occur during the first 3 months at least after an ablation, if not longer. It is also a commonly known fact that alcohol is a trigger for AF, so it is a bit annoying when folk ask for help and then appear to ignore the the advice they are given.

Obviously, we do not know your personal circumstances, whether or not you have supporting family and friends, but if you do all the wrong things now, you are likely to pay the price for ever. I was trying to stop you from doing that but I do understand how difficult it might be, especially if you are dealing with AF on your own and having to cope with long shifts.

Why don’t you contact your hospital and find out if there is an Arrhythmia Nurse there who you could see and maybe talk to about the difficulties you are experiencing. If you give the ablation a chance to heal, I am sure things will improve over time, but you really do have to take responsibility for your own destiny.

boberch in reply to FlapJack

Scar tissue never 'heals', but it does it takes a while to form though. It's collagen and remains.

FlapJack in reply to boberch

It took approximately 10 weeks for my ablation to start showing some really positive signs of recovery. I think you dropped really lucky the first time round and this time it looks like you'll have to wait a bit for the result which is more inline with what most folk have experienced. Also if red wine doesn't trigger you then I'm totally jealous as I've not touched alcohol for 20 years.... Take care.

Liverpool10 in reply to djbgatekeeper

Thanks Dj ! On my second glass and feel great but it is when I have anything cold !! Ah I feel for everyone with this horrendous condition! Just out a stent in my artery and I am fine but AF !!!!

Not uncommon. I had afib up until 10th week post ablation with episodes decreasing in length and frequency along the way.

Been afib free for over a year now.

Yes, I can. Be patient, I know its difficult but 5 weeks isn't nearly long enough for your heart to have healed and formed scar tissue. I was in and out of Afib after my ablation for a couple of months, gradually it got less then stopped altogether. I am now 8 months on and feel fantastic so hang in there. Have a great Xmas and keep positive.

cold drinks can kick of a form of mammalian diving response, which in turn affects your vagus nerve, which can then set off the wobbles. So different horses for different courses, you appear to have identified a trigger so no more cold drinks?

jamesvdv0 in reply to Ianc2

I have the same issue with cold drinks. After many AF episodes over the years, (some lasting up to 24 hours) looking back on it, the trigger has always been a cold drink, even just water but never alcohol related 😉

Cheers lanc2, do you think I should look at vagus nerve techniques or have they damaged it

I have exact same problem with "the cold drink " scenario so now never have ice in a drink, always warm glass of water, not completely cold, no ice cream or anything freezing to pass my lips!

I ,unfortunately, have to leave the booze alone too as a trigger for me, but I totally understand your frustration as in this country and culture in particular, everything social seems to involve a drink....One notices it more if one can't drink alcohol for sure!

Still worth it for me, not to live with AF so fingers crossed it's just "the cold" with you...do large meals affect you too and certain types of food? I believe that can be associated with the vagus nerve too? It does me , so have to refuse lots of "bulky type " foods in one go! Hey ho

If alcohol was a trigger for your AF previously then it's probably not a good idea.

If alcohol was not a trigger for you previously then why would it be an issue now?

I am talking about 2 glasses of wine not 2 bottles of vodka!

Having said all that I did leave it several months after my ablation before I even had a glass of beer, and alcohol did not ever put me in to afib anyway when I was paroxysmal.

You have dealt with the Afib far longer than I had to yet I feel your frustration! Alcohol was not a trigger for me - don't drink much anyway - and my cardiologist recommended a glass of red whenever I had been in afib for a couple of hours. Calmed me down every time. That being said I abstained from all alcohol for about two months after my ablation and then slowly reintroduced it to my evening meal. So far so good but moderation is the key. I don't want to undo the miracle given by my EP. Merry Christmas 🎄

I don't drink at all even though my cardiologist said a small glass would be ok. I so hated being in af and going into resus it just wasn't worth the risk. Now when I had a sip of my favourite wine it tasted like medicine yuk! So I think if you feel that's what you want to do and you feel better that's great. Very difficult this time of the year I think for many. I hope you start to feel better and have a great Christmas and a Af free new year. Regards Chris.

For about six months after my second ablation in 2016 I had several lengthy episodes of AF lasting 24 hours or more at a time . My EP told me I wouldn’t have another ablation as there there was nothing more he could do. However since then for about 2 years I’ve had no episodes. Am still on metoprolol, apixaban etc. and in April finished a year’s treatment for prostate cancer. I’m 71 now so don’t expect my body to heal quickly - patience, no alcohol and a healthy diet seem to have worked for me - for the time being at any rate.

My ablation was carried out (so far) very successfully three years ago in Liverpool. I was on a trial for the actual procedure, but was also given a moniter to take my pulse for thirty seconds every day for a year, and also to take my heart rate when I felt that I was having an irregular heart beat. The doctors were able to download the results every few months. Although I often felt there was a problem, I don't this this showed up on the monitor. Miraculously, a year later, my feeling that my heart beat was irregular seemed to stop when I stopped using the device given to me. I think that could well have been that I was thinking about it all less often. I have been more careful with my diet and do quite a lot of gentle exercise these days, but all in all have been delighted by the results. I hope that things soon settle down a bit for you.

I had my first ablation in June and I have just experienced my first fourteen days free of AF in a year. I have only been back at work for five weeks with reduced hours. I went down to two episodes a week at three months post op and now zero at six months so there is always hope.

So cold drinks seem to be on the adgenda in regards to AF. I gad two glasses of red wine over two days, no AF. Cold drinks x 8 fast beats and two 5 minute spells of AF? Perhaps we investigate cold drinks and whart happens

If you type in 'cold drinks' in the search rectangle (top right) you will get some interesting replies, same with' vagus nerve'. Basically the vagus nerve is part of the calming down side of nervous system and upsetting it doesn't go down well and it throws a wobble.

Had my first af experience at 40, cardio version fixed me. Second experience at 42 and again cardio version. Both times caused by a cold drink whilst exercising. Identified the trigger myself by looking at my Garmin output which measures and records my heart rate whilst exercising. What I found annoying was when I spoke to the various nurses, doctors and consultants they seem to dismiss cold drink! But it seems like I’m not the only who has cold thinks as a trigger. Somewhat reassuring to know I’m not mad!

Liverpool10 in reply to J-iom

Cheers J-iom we are all not alone in this ! Past 16 years been a nightmare in af ! Touch wood I seem ok at the minute since last ablation mapping system 7 weeks ago! Still cold drinks s bring on lots of ectopic beats but great no af as it slips back normal rhythm after 30 seconds

Back in AF with high pulse

A year after a cardioversion I am back in AF with a high pulse. In between I have had the occasion...

Suddenly back in AF.

here for a number of years...i have had AF for about 10 years and had a chryo ablation 1st which...

AF back after ablation

I had a cryoablation in February after 30 years of paroxysmal af which became persistent. I have...

Back in good old AF!!

I didn't get home from work till 20.30 last night had my evening meal and went to bed at about...

Dr Wolf and the Maze procedure