So frustrated - AF back again: After doing... - AF Association

After doing pretty well for quite a while now my AF strikes again, as confirmed by my Kardia.

Not sure what triggered it again this afternoon. Taken my Flecainide PIP and another dose too (50mg early this morning with my daily 5mg Bisoprolol and then 100mg this afternoon as well as another Bisoprolol 5mg).

My heart rate seems to have dropped lower now but still in AF.

Fingers crossed it will pop back into NSR soon. 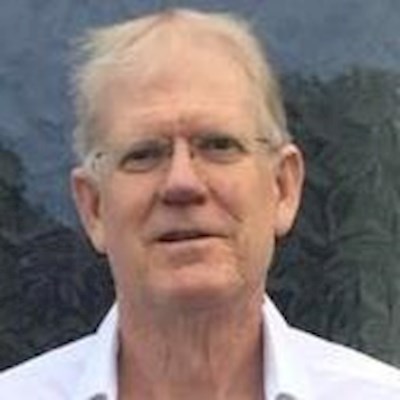 Drounding
To view profiles and participate in discussions please or .
Read more about...
33 Replies
•

I also am very affected by AF episodes & find it just about impossible to not panic so I know how you are feeling right now. I do so hope it's a short episode.

Sorry to hear this Drounding. I sympathise with your feelings. I feel very compromised when this happens out of the blue. I feel ' on the brink'at the moment so am trying not to overdo things. I had an AF reading on my Kardia 2 nights ago and unusually for me was only about 100 and didn't last too long ( again unusual !)

Maybe this very hot weather may be partly responsible. The trouble is that AF always seems to be lurking in the background. I have gone 4/5 years between episodes in the past.

Hopefully if you keep well hydrated and try to relax as much as you can you will soon revert to NSR .

Thanks - really appreciated your comments. It's nice to know there's people around that understand what we go through.

I’m so sorry to hear you’ve experienced AF again... I was ablated 6 weeks ago and have experienced 2 or 3 AF episodes so far but am hopeful that it will settle over time as it’s still early days. Trying to figure out the triggers is so difficult... I know this hot weather can be a challenge - particularly keeping hydrated ...

I’m pleased to hear your heart rate has dropped so hopefully it will eventually settle back to normal rhythm..

Good luck with it!

I too carry the PIP, I call it my chemical cardioversion, and take 300mg right away if needed. I have cut down on both caffeine and alcohol and try not to let stress build up. That is my Trigger. Stress. So far it's helping both for AF and Anxiety/Panic.

Still in AF. This is quite a long time for me, 3 hours or so so far. I'll wait another hour then take another 50mg Flecainide I think.

What sort of rate are you in ?

Hi. Yes I've tried listening to some meditation as well, but no luck so far. I think I might have to head on down to A&E soon.

The threat of saying I might go to A&E seems to have worked. Back in NSR! Thankfully!

Thank you so much for your support people. The comments and feedback was so much appreciated! Looking forward to a good night's sleep now.

Phew, pleased to hear that! Such a relief when our hearts stop their nonsense.

Have you any idea what may have triggered your AF?

The only thing I can think of is Weetabix and milk. Very unusual for me to eat something like that. Maybe I have an intolerance.

It always gives me hope if I can blame it onto something I've eaten! Then I think, I won't eat that again and will be cured. The one thing I'll never risk eating again is blueberries, as a few years ago right after eating them I had attacks on three separate occasions .

Hmm, I'd avoid the Weetabix from now.

I certainly will. I have a sliding hiatus hernia and all I can be sure of is that my AF is definitely related to what I eat.

It was, I was hungry at the time. Other cold drinks seem OK with me though. Both dairy and bread seem to affect me sometimes, I got slack as I'd had no episodes for quite a while.

Gluten could be a trigger?

So pleased you're feeling better!

I too have a had AF return after a fairly long time of nothing, as you say it’s very worrying and I get anxious with it as find it hard not to. Hope yours has settled now and your back in rhythm.

Sorry to hear that ,I hope this is the last time and once you are bk to SR. it will never come back

Would you not consider ablation?

Know that awful swelling panic feeling well, glad it's stopped in its tracks for you . I always try think there's a trigger, but am becoming more open to the idea that I can make things much worse with anxiety once it starts small. Deep breathing and if really anxious 5mg diazapam really does the trick, thankfully only needed to use it once or twice in the past few months. Recent holiday in Portugal gave me food for thought, I could feel myself out of Rythm one morning and just got on with it and sat in the edge and slid into the pool which was so deep and cold it took your breath away type cold, that seemed to put me in nsr. Think this hot spell is playing havoc with all of us, I'm not walking into cold showers at home if I feel a episode coming on, seems to work, or placebo effect works, either way happy to keep coolling down anyway.

Ah the placebo effect.The other night could not sleep due to A Fib so I took a sleeping pill.Well I woke up just a few times but got back to sleep in a few minutes.In the morning I saw that the pill was still on the bedside table.Never took it LOL.I am 3 weeks post ablation and having a few episodes of Afib and some ectopics but they are much less intensive than before the procedure.

👍👍 glad it's sorted itself, all the best.

I’m convinced one of 3 things brought mine back...coffee, alcohol or NyQuil.

Well, they do say that alcohol and coffee are to be avoided. I've given up both (not that I'd had coffee for years and only had a very little alcohol) but still get the odd episode and have not discovered what triggers it except possibly heat.

Forgive the obvious but did you have Kardia's ecg confirmed by an ep? False positives are not uncommon with Kardia. Personally I've had several.

I've shown them to my cardio before as well as at A&E and they've confirmed AF. I know it's not 100%, but it does confirm the same feeling I have and I keep them to show if needed.

So pleased I am not alone- I got a false reading of AF from my Kardia this morning and as my pulse was quite regular, I took another reading which was fine!

I get anxious too when my AF kicks in . Try to destract your attention from it . I’m on the same medication as you , let it settle into your system they are a superior drug , bless you .

Sorry to hear your story. I have found increasing fairly short episodes of AF in the hot weather but they never last longer than a few hours after I take 50mg flecainide as a PIP. But it is a worry. This morning my Kardia said I was in AF when my pulse was fine so I used the Kardia again to check and it agreed with me that my heart was fine. As a result, I'm beginning to have doubts about the Kardia, especially since it started sending me messages around noon telling me that it is time to take my Kardia reading! I wonder if anyone else has received them! Do you take the flcainide regularly or just as a PIP as I do. I was wondering if taking it regularly would prevent episodes and whether it might be worth doing that.

I noticed you posted something about Magnesium, have you tried it? I seriously feel I will never have Afib again after using a Magnesium liquid for about a month now. I worked my way to 600 mg per day and feel fabulous. Read the Magnesium Miracle and follow the steps for replenishing the body with a "mineral" that has practically disappeared from our diets. It's not easy, the taste is not palatable, you dose 4 X a day. But WOW, so worth it!! At least for me.

So disappointed AF back for second visit

guess what, it wasn't there when I went in to see Dr!! I felt I coped well when Dr said I did the...

Af back again after 19 months

AF again and was in casualty overnight. Heart rate down but always an irregular heart rate again....

depressing. Has this happened to any of you and if it has what did you do about it? Another...

AF back after ablation

came back with a vengeance. EP put me back on bisoprolol 5mg and is talking about going back on...