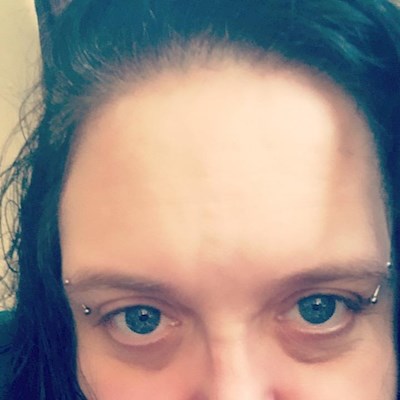 Coral39
To view profiles and participate in discussions please or .
Read more about...
9 Replies
•

Coral,I was concerned your GP was making the decisions and leaving it up to you to manage your dosage.In my opinion unless she is a Cardiologist or equivalent she isn't qualified to do this...Unless of course l have misunderstood your post.

These drugs are not to be messed with my advise an urgent appointment with Cardiologist..

I do know how Bisoprolol can make you feel if not correct dosage and the sooner you get it sorted the better you will feel.

I was discharged from hospital early May after being diagnosed with AF. I have had no appointments to see anybody from the hospital other than for a 24 hour tape and an echo which I still can't get the results for nearly two months on. I made an appointment with my GP to discuss the Bisopralol and how it halted my weight loss. She gave me Digoxin and said if we could get my heart in to rhythm maybe my Bisopralol could at least be reduced.

She asked me to make an appointment to see her again two weeks later which I did. When I got there she said she'd received the results of my 24 hour tape. She gave me a copy of the letter. Apparently my heart rate had shot up to 180 at one point in the evening while I was inactive and during sleep had dropped in to the low 60s with my heart pausing five times throughout the night. The hospital doctors exact words "her AF seems poorly managed and she appears to have some kind of tachy-brady syndrome going on". After all this my GP then said what do you want me to do about the Bisopralol now that you have been on the Digoxin a couple of weeks. I was a bit stunned by her question to be honest as I thought she was the medical professional. Given the content of the hospital letter one would only assume that lowering the dose was a no option right now. I'm actually quite frightend how often the words "what do you want to do" are coming out of GPs mouths these days.

in reply to Coral39

Maybe give your Cardio a reminder - a call or email to try and get your appointment sooner rather than later or ask your GP to do it for you...

Hopefully you will begin to feel better when dosage sorted out.

I suggest you might find it useful to speak to an arrythmia nurse or your cardiologist about the effect of your medication,Gps are not experts in these things. Some people cant tolerate betablockers,or need different types.Also some people take quite a long time to get used to them.

Coral39 in reply to wilsond

I do not understand your condition , i assume af , but paroxysmal or permanent or what?

When I had paroxysmal afib when first diagnosed I could not tolerate bisoprolol nor Atenolol, so my GP switched me to a calcium channel blocker which was much much better!

I think Gps do not wish to mess with somebody taking the rhythm control drugs as some of them need monitoring but mine was certainly happy to change the rate control before I was on rhythm control (flecainide). It was a lot easier to do this with the GP rather than get a consultation.

I am not medically trained and I have no experience of digoxin so I do not understand it's function. I think it is rate control

However If i were you my approach to the GP would be that you think the bisoprol is still causing you QOL issues and is there anything else he/she can prescribe as an alternative to improve your desperate situation either with another beta blocker or perhaps a calcium channel blocker.

If he/she cannot change the drugs can he/she get you an urgent appointment with someone who can, and advise them that they need to do something quickly owing to the on going QAL issues.

As I said my GP did the changes the advised the cardiologist about the changes, which they then approved at my next consultant review when I reported I was happy. I think I had a 24 hour ecg in between.

My doc has consulted with my cardio man and they. Said I can take flecanide as a pip but not had to take it yet but when I see someone in few weeks from cardio I’m going to mention again I can’t handle these bisoprolol and I want to be on something else

over a week saw doc again other day and asked if I can start lowering the morning dose also from...

Digoxin by half with an intent to stop that too. She has done this because my pulse rate was 60...

ablation. Over the last 4-5 month I experienced lower back ache and a persistent cough. I have made...