I have been on Vyvanse 40mgs for about a week and I do not feel any different. I was on Aderall 30mgs, round and pink (made me feel "normal") and two 30 mgs of orange oval (Didn't do anything and has a nasty sweet taste). The two Adderall was by Teva. Where can I get the pink 30 mg Adderall? Also, shouldn't I be feeling a difference on the Vyvanse? Too expensive not to work. 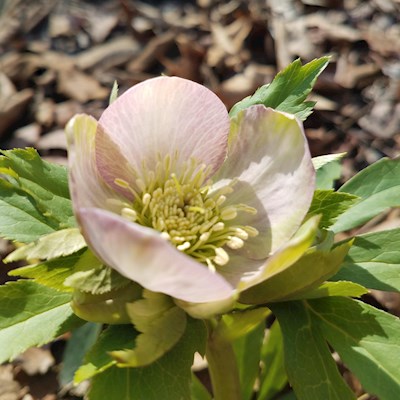 kaa615
To view profiles and participate in discussions please or .
Read more about...
12 Replies
•

Vyvanse 70 was much more effective for me than was Vyvanse 40.

kaa615 in reply to Radddd

Thank you. I will have to ask to up the dose. I was taking two 30 mgs Amphetimine with Wellbutrine and the first day it worked perfect but then I started getting headaches. That's why my doctor started me in the 40mg of vyvanse.

Talk to your psychiatrist. I had the same problem with Vyvance.

kaa615 in reply to Elphaba-

What did your doc do about it?

Elphaba- in reply to kaa615

He increased it, and I take it at two separate times in the day. I’m also on 40 mgs. It still isn’t working that great, so I plan to talk to him again.

I could be wrong, but I did some research on the drug, and the way Vyvance works depends almost entirely on your metabolism. That’s why it takes about two hours to peak—I think. I may not be right, but I’m pretty sure the main ingredient L-something or other is turned into D-amph in your stomach, which again is why it takes longer for it to peak. Adderall is made of Amphetamine salts, which is why I think it works faster and stronger? You might want to look this up too, and ask your doctor for certain. I’m not a doctor, and could be totally wrong.

I have a very fast metabolism, and I think I just go through the Vyvance too quickly. It just doesn’t last the 12 hours + like it’s advertised.

I hope this helps. And again, these are just my theories based on research I did on the internet. I also plan to ask my doctor about it.

kaa615 in reply to Elphaba-

Idabble in reply to Elphaba-

Do you think someone with severe acid reflux would be affected by an activation delay of vyvanse ? Some mornings when I have acid reflux the activation seems to be very very slow or late.

Breadcrumbs in reply to Idabble

I have acid reflux, and Vyvanse never seems to affect it.

One reason you might not feel it is that it is spreading the benefit over time. I found that I work better with a straight dose of Adderal a few times a day. This gives me strong focus when I am getting organized. Once I get started I can usually sail through the task until the next dose. Vyvanse drove me bonkers. I had that uneasy feeling when you are coming down from the Adderal and it lasted all day.

kaa615 in reply to Wylly

I guess that's me. Works too slow. I have used the bright pink round 30 mg Adderall but I can't get it anymore. It worked great.

Rite-aid is the only place I could ever find them. I was in SC. My vyvanse lasts about 4 hours. Dr refuses to give me a second dose.

Lbrnrs in reply to Wylly

Hmm. “Uneasy”, That’s exactly the term I’m searching for to describe how Vyvanse makes me feel. It’s the first stimulant I’ve tried...before that I was on Strattera with little effect. I just feel uneasy on Vyvanse. I need to be able to describe this to my doctor. Thanks!

Started vyvanse about 2 weeks ago

Been on adderall for years now I’m on vyvanse and it’s different. I want to know how others feel...

found that sometimes vyvanse works WONDERFULLY (30mg) but sometimes it doesnt work at all! Is this...

grade. He successfully took Adderall XR for about 8 years (the last two of those years were a mess).

Muscle pain from Vyvanse and methylphenidate.

seem to notice when I've gone too far. You guys have this issue on Vyvanse?

Are stimulants suppose to be temporary or lifelong?