Hey! Has anyone tried short acting clonidine for their child with ADHD? Let me know what your experience is if you have please!

I want to try my son off of stimulants to see if that is why he is so angry. He is 9. I have seen clonidine used at my job with kiddos that can’t handle stimulants and it has worked beautifully. I started my son on it this weekend and it made him pretty tired. It’s so hard trying to find the right medication….thanks for your help!!! 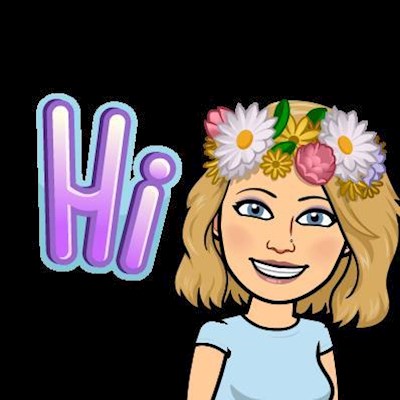 Purple2002
To view profiles and participate in discussions please or .
Read more about...
10 Replies
•

I am also curious as to what others are experiencing with Clonidine. My son is 13 and has ADHD - impulsive type; Generalized Anxiety Disorder, DMDD and ODD. Has been diagnosed with ADHD officially since he was 7 and the others things over the years so it has been a long battle. His anger management and emotional dysregulation are our biggest issues. He has been on Intuniv for the last 2 years or so, which was added to his stimulant meds (was on Ritalin and now is on Vyvanse) to help with the anger and aggression but we never really saw a difference. He was recently titrated off the Intuniv and a week ago started on .1 mgs of Clonidine (he takes .05 mgs in the morning and at night) to see if that will be more effective as the doctor said while it is the same class of medicine as Intuniv it is a little bit stronger. We are dealing with puberty and hormones as well so it is the perfect storm right now.

Purple2002 in reply to MGAlegi

So have you noticed any difference? I had to cut the pills into 1/4 tab because 1/2 tab made him too sleepy. He went to his old daycare today for the summer program and he had a great day!!! That definitely surprised me with no stimulants!!!

My son could not take Vyvanse- he got the Vyvanse rage(Google it), same thing happened with concerta and intuitive. We use Ritalin short acting only twice a day and clonidine at night only. It literally knocks my son out for sleep. It does help. I could not imagine him trying to take clonidine and stay awake. There is no way.

We have a had a positive experience with clonidine. Better focus & better regulation. No side effects. It helped reverse my kid's weight loss too. It's so individual how people respond to medication - if the sleepiness is an issue, I'd check in with your psychiatrist - we could all have such different answers!

My son is on clonidine and it has been positive. No side effects at all. We had to stop guanfacine because of bad night terrors and aggression. It has only been 3 weeks but we have been very happy with clonidine so far.

It did lead to sleepiness so we give it at night

This is all good to hear - thank you! We have only been on it for 1 week so it is hard to tell but it does seem as if the anger and rage is better. He was on Ritaline and Concerta in the past for his ADHD and Concerta had horrible side effects - extremely depressed and emotion and cried all the time for no reason. We had good luck with just Ritalin for a number of years but then all of a sudden it wasn't working as well controlling his hyperactivity and fidgeting and lack of focus in class, etc. So we switched to the amphetamine type of stimulant and went with Vyvanse with a short acting Adderall at night. I have noticed he seems less aggressive and agitated when he does not take his Adderall at night and I have read that Adderall can cause rage and anger issues. I'm going to talk to his Psychiatrist about this at his appointment next week. I realize the same could be true of the Vyvanse. But he definitely needs some medication for his lack of focus and distractibility and hyperactivity so I'm not sure what the next step would be as I don't think just Clonidine will be enough. I know Strattera is a non-stimulant medication for ADHD. Has anyone had any luck with that?

My son is currently taking Clonidine twice daily. He has ADHD and tics. I have noticed a change with his tics but not sure how much it’s helped with the ADHD part. We took the prescription slow so he can adjust, starting with a low dose half pill and slowly increasing.

My son now 10 years old tested a lot of different medication since he was diagnosed with ADHD in October 2020. All stimulants and intuniv made his tics worse; quelbree triggered agressive behaviors and Straterra caused him stomach pain ( and did not help much otherwise). We tested clonidine 0.1 mg 3 weeks ago. 1 pill in the morning for about a week, then increased to 2 pills which made him fall asleep in the classroom so switched to 1 morning and 1 at night; to 1 morning, 2 at night. This seems to help a lot with no side effects. Importantly this is the first time he is asking for the medication because he feels it helps We will try 1 morning, 1 noon and 1 night to see if that s even better. Good luck.

Has anyone here had to put their child on clonidine because at bedtime their mind is still racing...

before about my 7-year old with ADHD, who is resistant to stimulants but has had some success on...

Has anyone else had any problems with clonidine increasing aggressive outbursts and if so can you...

Clonidine effective or not for ADHD?

Anyone have any experience to share with clonidine for adhd and aggression? we just started 1/2...

Hello! My 6 year old son has combined adhd. He was recently started on Kapvay 0.1mg at night. Was...