My 7 year old has recently been diagnosed with ADD. He is not a behavioral problem at school, but he is unable to stay focused on his school work. His doctor has prescribed Quillichew ER and I am extremely concerned about the list of possible side effects (psychosis, allergic reactions, heart problems). My husband is completely against medication and thinks he's just "going through a phase". I don't want to medicate either, but he is such a smart kid and I want him to be able to thrive and not struggle or fall behind. I guess my question is, has anyone out there had any experience with quillichew and does anyone have any advice on how to decide if meds are the right way to go? Thanks 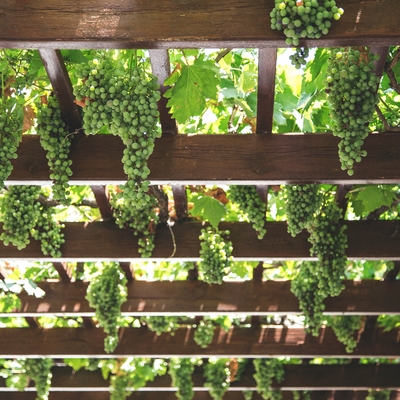 Mo51508
To view profiles and participate in discussions please or .
8 Replies
•

Hi , my son took the liquid form and Quillichew Quillivant and he did very well on it unfortunately none of the pharmacy's around here carry it nor are able to get it I put him on that because he was having trouble swallowing pills , but because I can't get any more and that stuff is expensive anyway he is back to taking his pill every morning I have him take it at school so it isn't such a fight at home if it didn't help him while he was in school I wouldn't medicate him but it helps a lot . My husband was the same why didn't think he needed the meds and then my husband has seen the difference with him on his medicine vs when I is not and I think my husband would like him to take it even on the weekends now .

I don't know anything about that particular medication but I'll speak on the hesitation to medicate. I think for the majority of parents with child who have ADHD/ ADD medicating isn't the first think they want to do. I know for myself it wasn't but after trying so many things and feeling like our lives were just falling apart from the constant distribution in our daily lives we gave it a try. After seeing just how well it helped him I am so thankful I decided to try and wish I had done it sooner. When we decided to medicate it was basically a let's try it and if it doesn't help them we will stop, but felt we had to at least give it a try.

If you are concerned about the side effects from the medication, talk with your son’s prescribing doctor about it. Are they rare side effects or fairly common? What percentage of children taking the medication have these side effects? Have you already tried other ADHD medications? Most of the time, an initial prescription is just a starting point. There are a LOT of different medications available for ADHD, and most people with ADHD have tried a few different medications before they find one that actually works for them. And medication in general doesn’t help everyone, but you won’t know until it’s tried. You might also be able to try a medication that he can take only when he needs to actually focus on something important for an extended period of time (that’s how I take mine, but I'm not sure if that's a method only used for adults).

Have you tried family or behavioral therapy for your son? I know you said he doesn’t have any behavioral issues in the traditional sense, but “behavioral issues” isn’t necessarily just aggressiveness, hyperactivity, and impulsiveness commonly associated with those with ADHD primarily hyperactive. Many children and adults with ADHD have issues with executive functions, memory, and understanding the passing of time (not in a “I can’t tell time” way, more in a “OK, I need to leave in 5 minutes or I'll be late. Awesome, that means I’ve got 5 more minutes to play this game!” kind of way where they aren’t accounting for all the things they need to do before they can actually get out the door). A behavioral therapist can help you and your son find strategies for these more benign kinds of behavioral issues as well. Behavioral therapy alone won’t work for everyone, and many times it’s best to do behavioral therapy in conjunction with ADHD medications.

My 6-year old was recently diagnosed with ADHD combined presentation (both inattentive and hyperactive), but because he’s currently not having any of the more frowned upon behavioral issues, we aren’t currently medicating him. Our plan is to keep an open dialog with him and with his teachers, and if he ever starts struggling in school, then we will not hesitate to medicate him. If he's old enough at the point he starts struggling, we'll help him decide if he wants to be medicated. But medication isn’t always necessary in the beginning. I was diagnosed with ADD at 7 years old, but I didn’t start really struggling with my ADD until I was 11. Find a strategy that works best for your family.

If you have a legitimate diagnoses from a medical professional based on extensive psychological testing, PLEASE, whatever you do, do NOT make decisions based on the flawed logic that “It’s just a phase”, “he’s such a smart kid, he’ll figure it out”, or “ADHD isn’t real”. My parents refused to medicate me for all of those reasons, and because the first medication we tried didn’t work for me. I started really struggling in 5th grade, almost failed middle school, and I still don’t know how I made it out of high school. I’ve been working on “attending college” for 15 years, and I only have an associate’s degree because the military practically gives them out. I spent a lot of time grounded and in detention from 5th grade to 12th grade because “You need to focus more”, “I don’t want to hear ‘I forgot’ again”, and “You need to try harder, you’re too smart to be doing this poorly”. In the last year, I was reevaluated and rediagnosed with ADHD primarily inattentive, and found a medication that works for me. The difference is night and day.

My daughter has the same issue can't stay focused, she just started guanfacine, very low dosage , I have not seen any improvement as of yet , side effect are just tiredness n sleepy, constipation, but the Dr said it will go away once her body gets used to it , I have to back in two weeks , hope everything works out well for u glad to find someone who thinks like me and unstd also ..

I don't have any experience with the medication but I just had my son's ADD eval yesterday. They recommended some medications and i am struggling with it as well. Like your son my son struggles with paying attention bit doesn't act out or have any behavioral issues.... it makes it hard to feel like it's the right thing to do when he's not out of control like some other cases I have witnessed. I would love to hear what you chose to do and how it works out for you!

. I tried the med his doc recommended for a day and it made him super depressed and he was chewing a hole in his cheek from it. We have decided to try therapy and re-evaluate later to see if meds are the right way to go. I was extremely freaked out by the ten page of awful possible side effects. And I know that those are listed as rare, but still scary. I was extremely turned off by his doctor telling me that at his age therapy doesn't work and the only thing that does is the meds. Which is why I gave it a shot in the first place, but now I'm taking a step back and trying other things first and feel like meds should be the last resort.

Jeannamaried said pretty much everything I was going to.

My son is 6 & recently diagnosed Inattentive Subtype. He's doing well academically & socially, and his behavior struggles are also not disruptive. My husband was also slower to come around, but I realize as he isn't the one talking to teachers/ pediatrician these past 6 years, it may be more of a shock to him. So now I make a point to include him in all of these discussions / emails, and it has helped.

We are also currently not medicating, but will not hesitate to try if the struggle gets worse. Not medicating can also have consequences. We are also fortunate that his teacher is very savvy and had already started implementing helpful changes in school before the diagnosis was official.

Here are some of the biggest helps to us, feel free to see if any work for you:

The school psychologist was an AMAZING source of info. They can also give you tips to pass along to the teacher (though thankfully ours was already on top of it.)

CHADD.org - they also have parenting seminars and local chapters.

We're also fortune enough to have a school in town purely for K-12 students with Dyslexia / ADHD / similar disorders, and they host quite a few events / speakers for the entire community. (We currently don't have plans to enroll, but it's nice to have a backup option!)

The book 'Smart but Scattered' - both the school psychologist and a family member who is a psychologist recommended it to us.

Visual cues. We have signs / schedules / dry erase boards EVERYWHERE. We even use bath crayons to remind him to wash his hair.

Lots of calm, specific praise ("Thank you for getting your shoes on in time") Even for non-ADHD related things. They get a lot of negativite feedback, so balancing it with lots of positive has helped a lot to restore my sons self-esteem, which had started to falter.

Gentle reminders. "Did you remember to brush your teeth? It's OK if not, just please head back & do it."

Incentives! My son LOVES his free time, which is great as it's a natural consequence & natural reward.

Ok - this has become much wordier than I planned. Hope this helps!

Hi dear, My son ten years old now was diagnosed with ADHD when he was five. We have never given him medicine. His doctors also said he doesn't need if we can manage. He is a very understanding, kind kid. But he has the normal ADHD issues both at school and at home. I never expect him to score the highest in the classes, but insisted him to understand the concept. More than curriculum I always focus on his behavior and social skill. I believe those are required for a healthy and happy life. I am sure your son will do good and you will get some guidance about the medicine in this forum. Wish you best of luck.

accommodations in school with behavioral therapy. But now he is getting into trouble more often due...

-She has mentioned that shortly after school, about 30-60 minutes after taking medication, the...

year old son has over a year until he will start Kindergarten in the fall of 2021. Our school...

He is on focalin xr 15mg and has a strong noticeable tic. Has anyone experienced this before? And...

Medicate vs non medicate and when to medicate

severe behavior issues with his twin, but that’s another story. However, he looses focus at...