Not good news; I haven't heard from the neurologist yet as to the next step.

Just wondering if anyone has had this experience or has had GK repeated? 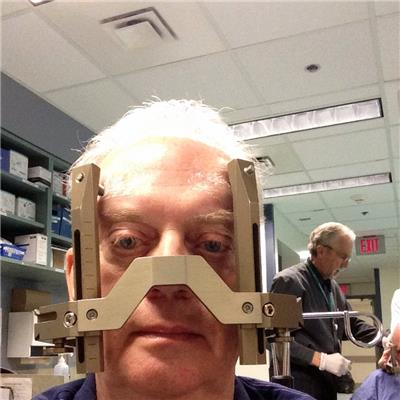 Marauder
To view profiles and participate in discussions please or .
9 Replies
•

Have you considered joining either BANA (UK) and/or ANA (USA) which are websites expressly dealing with acoustic neuroma?

You're almost certain to find members who have relevant personal experience or know someone who has. I'm a member on both websites because I like to be as informed as I can. I do know of one guy who's only recently had repeat Cyber Knife treatment so not exactly similar to yourself but he's not yet a member of either site. But I'd be surprised if there weren't other cases in either websites' archives that may have similarities to your own situation.

One year in is still relatively early to be considered either a successor failure. I'm not sure how familiar you are with gk but the radiation causes the an to swell due to the burst of energy. While it should start to then decrease, I was told that could take up to two years. So I wouldnt worry too much yet.

Moosejaw1944 in reply to mrwhite

Thanks for your response. The size of mine post GK is significant. The neurologist wants to repeat the GK.

mrwhite in reply to Moosejaw1944

Sorry to hear that's the case, on the plus side even with growth it must be under the maximum size limit for GK/Ck so it's good there are options available, other than straight surgery.

My AN was similar in size to yours, when diagnosed, & I had GK at Sheffield in 2011. Before treatment I was warned that my first MRI after treatment might show a slight increase in size, due to swelling. I have recently had my third anniversary scan, & it showed no further growth.

I am a member of BANA, & a regular user of the BANA forum, & know that at least one BANA member has had GK repeated. I asked my consultant if GK could be repeated if there was regrowth, & he said there was no reason why it could not be.

Don't worry too much yet. 12 months is too early to establish if GK has been effective. Unless the GK expert involved in your treatment tells you different (all cases differ) you need to see what it is doing at 24 months post treatment before panicking. And, yes GK has been successfully repeated. Professor Christer Lindquist at The Cromwell in London has done it with great success on his patients in quite a few cases.

I had Gammaknife a month ago in Sheffield for a 20mm AN, and was warned the tumour can get bigger again before it dies away, and also that it can take a year or more to be able to judge success. I was told there was a 96% success rate, and that it can be repeated with an even higher success rate. It sounds as though yours is still well within the size at which radiosurgery is appropriate. My policy is to not get stressed, let the neurologists set the timetable until there's evidence that I should be pushing for things to happen or for more information - call me Pollyanna! You can always phone the consultant's medical secretaries to check what's happening. All the best.

Thank to all who responded. Unfortunately- I'm guessing- because of the fast growth of my A.N. I'm now suffering from tinnitus that was only barely noticeable before. This is worse than the loss of hearing or imbalance/dizziness that I've had for two years since this journey began.

I am aware of the post G. K. swelling of the lesion, I don't believe they increase to this size.

I’m in the U.S. - Virginia...I had Gamma Knife and was told there was nothing that could be done for 3 years after. Unfortunately my tumor grew and I ended up going to UCSD and had surgery in San Diego, CA. I had researched for over a year when I decided to try Gamma Knife first so I was happy I still had the information....great team of Doctors there, often referred to as “the dream team” with patients coming from all over the world. I was told that usually a 2nd Gamma Knife is not done but not sure if anyone else has had similar experiences. Wish you the best of luck!

wait. Thankfully it was picked when I had a hearing test and MRI. I'm having GK in a few weeks. But...

Hi Everyone. I had my AN treated by radiotherpy, or Gamma Knife, a one shot beam, in August 2019.

I had Gamma knife in February this year in London for a AN which is at the left side of my head and...