Effect of ADT on Bicycling Speed and ... - Prostate Cancer N...

Since I went on ADT (Orgovyx and abiraterone) my biking speed and power has substantially diminished. No surprise due to T=7. Hills I used to breeze right up are now challenging, and riding into any wind is very difficult.

I wonder if an ebike would at least get me back to where I was prior to ADT.

Note that I am now 82 years old and restarted riding at 70. I was a D+ to C- rider early on. Now I am barely a D- rider, so don't bother to ride with the club since I don't want everyone waiting for me at the intersections. Prior to ADT, I could ride with the 1.5 w/kg groups on Zwift. Now, I am hard pressed to keep up with the 1-1.2 w/kg groups. On Zwift, comparing with rides before ADT, I have lost about 3 mph.

On a recent Bike Coalition of Maine ride in Machias, ME, it was very windy and hilly. The few ebike riders seemed to be enjoying themselves.

Is an ebike in my future? 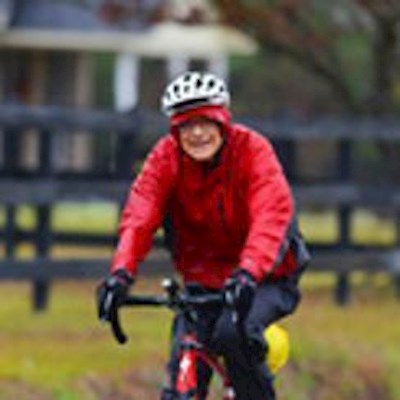 rmarkley
To view profiles and participate in discussions please or .
Read more about...
16 Replies
•

IMO, as a 71yo former A group rider who is also slowing down I say "Get your buttocks on an E-bike ASAP."

Any recommendations? The Specialized ones seem to be all class 3. I want a class 1 that I can ride any where, including MUPs, rail trails, etc.

Can't recommend since I haven't done any research yet cause I'm still spinning the cranks with my own power. When I'm ready I'll be reading reviews and taking out for a test ride.

I think riding a bike at 82 is an accomplishment. But bikers know what you mean...the only thing that comes to mind is "Just Do It"

I have an Orbea Gain, all carbon, electronic shifting and it looks like any other bike.

It weighs 27 pounds and most of the time I ride it without the power on. I love, love

I just bought one (and I am beginning radiation therapy in two weeks and hoping this will help with keeping active). I tried several Gazelles-- they're Dutch, and expensive, but really well made. I bought an Ultimate 380+ (class 3, but others are class 1). I've never had a smoother ride. I have friends who've purchased Gazelles as well and they've been very reliable. Take a look at the Propel Bikes website for research on a range of models. electricbikereview.com/ was helpful as well.

I am still fairly strong and agile, but Abiraterone completely took away any endurance that I might normally have had at age 77, rmarkley.

I keep a lawn chair and a bottle of water handy when I am cutting the grass or trimming trees or bushes in my yard, etc.

I work for a while, rest for a while and eventually get the job done.

I had a layoff of a few years after my prostatectomy (partially because it took so long altering my setup/bars/stem/saddle to feel somewhat more comfortable). I've slowed down a lot--hopefully not all due to my leaky mitral valve. I've resisted ebikes, but I'm just riding locally now. There is a FB group "Cycling over 60" which you may want to check out. Most people there who have moved to ebikes love, love, LOVE them, but the threads discussing ebikes tend to get quite acrimonious, so tread gently.

I don't have any answers about ebikes, but I am curious about treatment. Since you posted in Prostate Cancer Network rather than Advanced Prostate Cancer, what were the features of your cancer that allowed for the addition of aberaterone to Orgovyx? Are you participating in a trial? Thanks.

Subsequent to 2 FLA's, after which the PSA kept rising, and ultimately got to 26, I had Dr. Busch in Chattanooga and now Atlanta do an in-bore biopsy. He found the G3+4, as confirmed by Dr. Epstein, but also noticed a possible bone met in my left hip. I had my local oncologist talk with Dr. Busch. They decided that an Axumin scan and a bone scan would be appropriate, both of which are available at the Harold Alfond Cancer Center here in Augusta. Scans showed lots of prostate activity and 2 small bone mets on left hip. At that point Dr. Kumar, my oncologist, decided on a plan of attack, in conjunction with the folks at Dana Farber Cancer Inst. (DFCI) at Brigham and Woman's in Boston. Start with Firmagon since I had lone atrial fibrillation, a month later add abiraterone plus prednisone, and a couple of months later do 20 shots of radiation. All went well. I did have a SpaceOAR inserted. We continued on the ADT and when Orgovyx became available, he worked with the insurance company and Dana Farber. It took several months for the Orgovyx to be approved. There were ongoing studies about simultaneous of Orgovyx and abi. I guess the insurance co. was somehow convinced it would be OK, since here I am. I don't know. It may be the bone mets that allowed for the abiraterone.

Thanks. You're lucky to have a great team that can get things done for you. Good luck.

Get yourself a tandem bicycle with a very young (at 82 everyone is very young) well built blonde (nice rear end) peddling in front of you and I bet you'll pick up lots of speed and endurance.

Come and sit on my cross bar my dear.... Another reason to run from ADT...

LOL My cross bar has doubled crossed me long time ago...

connection between ADT and high blood pressure? My bp was normal all my life until ADT. I've been...

So, I'm starting ADT at the end of the month, which will last 18 months. During this time I will...

Proton therapy. The doctor recommends ADT for 3-6 months prior to, and during my proton treatments,...