Hi Gp has told me to start tapering to 12.5 mgs as I’ve been on 15 mg Pred since diagnosis 8 wks ago. Letting me chose how I do it. She suggested alternating dose days for 2 wks then straight to 12.5. Does that sound gd or should I do the very slow nearly stop taper.

I need to reduce, and it’s time, as I have a raised BP and pressures in my eyes (glaucoma) and decreased kidney function since taking Pred. ESR 28 and has stayed at that since initial drop from 75 at 2 wks post diagnosis. CRP was 90 and now 4, so some gd news!! 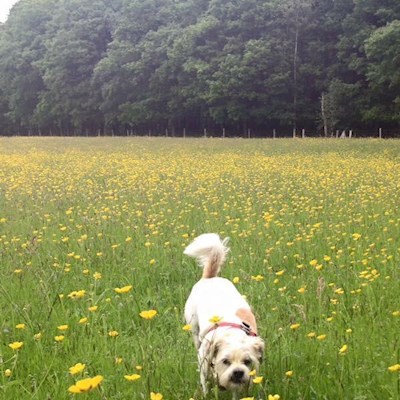 Wraysbury
To view profiles and participate in discussions please or .
Read more about...
22 Replies
•

You may be able to do as GP recommends especially if your initial dose has really got a grip of the built up inflammation, but personally I would suggest using my taper - but then I wouldn’t I !

Some can manage a 2.5mg taper, some cannot.

Good luck whatever you decide.

Wraysbury in reply to DorsetLady

Try it - and see if it works. If it doesn't, either go back to 15mg and request 1mg pred tablets to do it 1mg at a time or use the DSNS approach to do the 2.5mg. Some people canage that sort of drop fine down to 10mg - but beyond that insist on 1mg at a time at most. Are you using plain white pred or are you on enteric coated (5mg red and 2.5mg brown, 1mg are yellow)?

All the best with your tapering - keep us posted.

Very sensible. It does seem that reductions from 2.5mg to 5mg is possible over 10mg, under 10mg it does seem more sensible to reduce to half to 1mg when reducing. Slowing down really pay off.

15mgs to 12.5mgs sounds very reasonable initial taper to try over a fortnight. Many Rheumy's ask for 15mgs /10mgs alternate as a starting point. Mine did but my body couldn't handle it! However I did manage 15/12.5mgs. it doesn't work for you, you can always try dead slow as plan B. Good Luck.

Just fyi my doctor had me taper by 1 mg per week from initial 15 mg until I started to experience symptoms (at 9 mg). I went back to 10 for about three weeks and then started dead slow taper which has worked very well. I was down to 3 mg by the end of the first year. Although a further two years later I'm still hovering somewhere around 1.5 so it ain't over yet!

Wraysbury in reply to HeronNS

HeronNS in reply to Wraysbury

Of course I've no way of knowing how I'd have done with a 2.5 mg drop at the beginning. All I can say is being able to taper by 5 mg in 5 weeks should make any doctor happy, and having a doctor who also acknowledges that things have to go slowly has also been helpful to me. Once I got to 3 mg she said she was "happy".

Prd2122 in reply to HeronNS

Hi Heron. Are you in Canada (NS - Nova Scotia?) anyway im from Victoria BC Canada. I had same expérience as you. Started at 15 mg. 3 and a half years ago and had no difficulty tapering...15 to 12.5 after 2 mos 12.5 to 10 after a month and then using the dsns method i am down to1 mg. I have had to go back up a couple times over last 2 years but only to 4 mg (my mom and my motherinlaw both became ill....then my husband and I moved...then i got a really bad cough). I was even down to .5 for a short time but just never felt good...always stiff, achy...when i went back to 1 i feel almost normal!

New family Dr. Very certain "that its vrry unusual to still be on pred after 3 years and she is the expert and i shouldnt talk to people or read online about PMR"!!?!!

Anyway she felt i should be seen by a rheumatologist...i thought how sad that such a busy person should be needed for me - im pretty sure the PMR although still with me...is 'burning out'...and i definitely didnt want unnecessary tests and drugs...

Anyway it was a great appt....he said some of his patients get to 1 mg. And just stay there for years...of course its better to get off if you can...but at 1 mg the danger of side effects on bones and blood pressure are small. I will continue to taper while paying close attention to what my body is telling me!

PMRproAmbassador in reply to Prd2122

"New family Dr. Very certain "that its vrry unusual to still be on pred after 3 years and she is the expert and i shouldnt talk to people or read online about PMR"!!?!!"

Not - I venture to suggest - as much an expert as the authors of this study:

who found that the median duration of pred management in PMR is 5.9 years. And whose work is to be found online like most scientific stuff these days...

HeronNS in reply to Prd2122

My doctor actually told me early on that she's had patients who kept a supply of 1 mg on hand in case they needed a dose from time to time, or words to that effect. I think it would end up being a continuation of dsns, where one takes a dose when needed and these times get further and further apart until not needed any more. I don't know why any doctor would be concerned about a patient who managed very well on 1 mg a day and think it necessary to see a busy specialist! Glad the rheumatologist was reasonable. Yes, I am in Nova Scotia.

It really depends on how stable your symptoms are. I personally could not have done 2.5 drops. However, if you feel pretty good you could follow her suggestion with DSNS or similar as a back-up plan. With the best will in the world, there is no quick way. It’s up to your body’s response to the disease and the Pred. I assume that you are being treated for the side effects? I have not heard of kidney trouble associated with Pred before. I am familiar with ocular pressure and raised BP.

Wraysbury in reply to SheffieldJane

Thanks. Yes I’m going to do dead slow. I just thought I’d ask you all cos you’ve done it and got multiple T shirts as they say. I really appreciate just being able to talk to people who know what I’m talking about.

Next time around I tapered my way cutting 5mg pills into 4 allowing me to drop by increments of 1.25mgs. I would have a transition week at the beginning of every drop (alternate days of current and new dose for a week, 15/13.75, and so on). They I would stay at the new dose before lowering once more. I have been able to go down from 15 to 10mg (current) in about 8 weeks with no flares. I did complete monthly basic blood work which also served to help me as my CRP does go up and down with inflammation levels.

Being mindful of your symptoms is the most important guideline.

Wishing you all the best with your taper, it takes a bit to explore and experiment as we get to know our bodies and how they respond accordingly. Keep us updated.

Wraysbury in reply to PMRCanada

I couldn't handle such a huge drop. So halved the 2 1/2 mg tab. That seemed to work. But really it's up to you. I am finding it difficult to now go to 10mg so am doing alternate days 11 then 10. Hope it works. Good luck

I've learned a couple of things in the relatively short time I've been on pred. There's no hard and fast rule; we're all different and fast tapering, per NICE guidelines, didn't work for me.

I started at 15 and rheumy's original plan was drop by 2.5 every 2 weeks until down to 7. Timescale for total tapering off would be around 8 months. It all went pear shaped fairly quickly with pain and stiffness returning in force within days of dropping to 10, so I went back to 12.5, saw rheumy again and he said to try slower plan. Go back up to 15 for two weeks, then drop 1mg every 2 weeks until down to 7. With proviso to 'see how it works'. He said it's going to belonged and slower, at least 2 to 3 years. I've actually reduced by .5 rather than 1 and results aren't as good as I hoped. An effort results in flare pain, so I'm expecting progress to be very very slow.

I've definitely struggled with managing (my) expectations and I'm beginning to accept that this is likely to be a long, tedious and often frustrating road. The overwhelming message is slow is best and I wish you well.

Wraysbury in reply to

I would follow your GP's advice and alternate the dosage for a while. I have just done the same and after just over a week I was able to stay on 12.5mg. When I tried to go straight from 15mg to 12.5mg I was so ill and in so much pain I went back onto 15mg for a few days to get a grip on it again, then I alternated and it worked for me. It's definitely worth a try, if it doesn't work for you then go back to 15mg to get your FMR under control again and see your GP to get their advice on what to do next.

Wraysbury in reply to Dee29

On start dose of 15 mg Pred—- best way to do first taper?

for the first time since starting 15 mg Pred. He is bound to talk about decreasing it. What do I...

To taper tonight or not to taper.

Technology - a source of massive stress

Surprised in a bad way.