I am on a cruise to the Norwegian Fjords and have been OK untill yesterday when I suddenly had the muscle problem in my lower right side. So I booked a massage.

As she massaged up my neck area I felt my jaw hinges moving. So strange just as if my jaw was LOOSE. I am trying to reduce but have only managed to come down from 40mg to 36mg and as I am being referred for cataracts I am thinking perhaps I should leave it at the high dose. Any advice please. 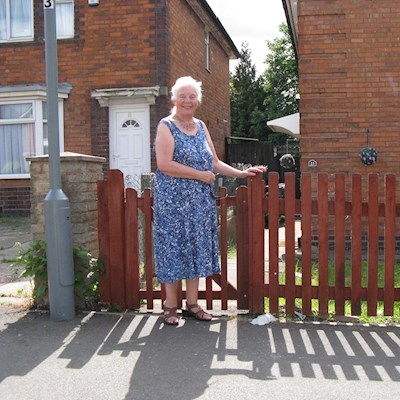 Berylholley
To view profiles and participate in discussions please or .
Read more about...
4 Replies
•

Sounds like the muscles made a bit weak by the Pred have caused the jaw hinge joint to be a bit more mobile than it should be, so it could have been upset by the massage. If you are still getting problems like pain or funny noises from it, it might be worth popping down the health centre below decks to get them to make sure it isn’t dislocated. It may also be handy to have it documented in case you continue to have problems. Temporomandibular issues do seem to crop up on this site and I certainly have had problems with mine while I was on higher doses. It has got better as my general musculature has improved with lowering dose.

For what it’s worth, I went to a hotel at the weekend and they refused to do any massage at all let alone the head because of the GCA so I had to have my toes painted instead.

Would love to do that cruise!

Hi SnazzyD Thanks for the helpful info. I was told by my doctor to reduce from 40mg to 35mg after 12 days and this resulted in me having terrible muscle spasm and spine pain so I had to have the paramedics in. They gave me diazipam which I already had, to relax the muscles, the following day I had a massage, which PMRpro recommended me to do - they where cross when I told them and said they would never have done it had they known.

I have had problems with my jaw. Long story - sorry. I have PMR and am doing very well but this winter I started with an ear ache and initially gross taste in my mouth. I thought it was a root canal issue. Dentist ruled it out but said maybe sinuses. It felt better on antibiotics but when they stopped it came back just as intermittent ear pain. TMJ was ruled out by the dental specialist. No sign of grinding teeth. I saw a Chiropractor because my cranial sacral therapist thought my neck was out and he said I had rotated the second and third vertebrae. He corrected it in 2-3 visits which helped but didn't solve the problem. My regular doctor then sent me to an Ear, Nose, and Throat doctor. He checked sinuses which were clear as was my ear. In checking my jaw, he found it moved asymmetrically. They push their fingers into the jaw joint as you open and close your mouth. He had me do it one more time and I felt something change. No pain since. I'm convinced he moved it back in place. I think it came out because a student grabbed me around my neck for a hug. Start to finish was over two months. I was so tired of going from doctor to doctor I could have screamed. I figure if it happens again I'm going to bypass half of them and start with the chiropractor and ENT.

I think I'd stop tapering while on the trip and for a bit before and just after the cateract surgery just to be on the safe side. How does your jaw feel now?

Thank you for your good advice. My jaw isn't painful but I can't eat anything chewey. I have previously had trouble with sinuses. bad taste, dry thoat. white and strange tongue issues, which my dentist thought could be Sjogrens but blood test was negative, so they wrote me a letter saying I hadn't got it. I think it is all linked together. I didn't have any markers for PMR and wouldn't have biopsy because I didn't want to take a

Jaw pain is it due to PMR or gca

convinced I do have gca causing the jaw pain or does PMR cause jaw pain too.

Jaw and teeth could it be GCA

My jaw and teeth are so bad but Dr doesn't think it's anything to do with pmr. My teeth are so...

the top of my jaw. I've been to the Dentist who feels its a TMJ disorder and has referred me to a...

How does GCA jaw pain feel?

the correct diagnosis. Looong story. I now have jaw pains - quite severe, but lasts only a few...