What do you think of the Whooping Cough Vaccine? - NCT

Whooping Cough is on the rise and we're advised to have a jab in our third trimester. The packet says it's not safe for pregnant women. The NHS say this is because it hasn't been tested on pregnant women, but they're happy with the risk factor. I'm scared of whooping cough, but also don't want to trial drugs either. What will you do? 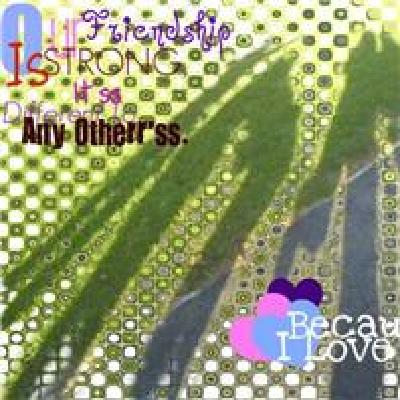 Blue321
To view profiles and participate in discussions please or .
Read more about...
19 Replies
•

Very worrying about having vaccines when pregnant but worse if your child does get whooping cough, I didn't give my son the MMR because of all the hype and he had measles, so he had the vaccine after! Thank god he had it mildly but was kept in hosp for 2 days they also treated him for meningitis so learnt a big lesson, so I think I will be having it after a good chat with he dr!

Definatley having this, because when I was a newborn I got whooping cough nearly died but as a result I have servere asthma and scarred lungs, so was in and out of hospital most of my childhood.

I wouldn't want to risk my babies health after he has been born.

By the way the whooping cough vaccine is a combined vaccine, forgotten what with but it protects against a few deadly diseases.

Also jus read about a school in Swansea 250 children have got the measles the school is closed, they reckon this would have been prevented if parents vaccinate their children.

Wow def made up my mind....scary stuff, bless you x

Thanks for your feedback ladies. Whooping cough is really really bad, that's for sure, but if there are no cases in my city and in my area, is there a point in having the vaccine? I'm not against vaccines, I've had many myself. It's just there are risks with this particular vaccine and I've been so careful so far....

How would you know that no one has whooping cough? What risks have you read about? My sister as a nine week old boy she had the vaccine and everything was fine! I just think that it's the case with everything unfortunately someone will have a bad experience but its so minimal compared to the majority. I too don't lke taking anything in pregnancy it's taken me seven years to get this far, I felt worried after my flu jab but I was fine

I don't know what I say really.

Blue321 in reply to Skyblueboston

I found out the rates here. You can get up-to-date info on all drug recommendations:

Jus to add, it's the same vaccine that is given to all three year olds and adults

The vaccine is the same vaccines that your baby will receive at 2 months old. It's not been tested on pregnant women because no ethics committee would approve! It is safe to have. Whooping cough kills and the number of babies affected in the past year has risen. I had it at 28 weeks with no side effects

I'll be having it, but understand the apprehension. Having seen a 2 month baby die in resus of pertussis recently I really don't think I could put my cargo at risk! If only parents would immunise their children rather than relying on herd immunity afforded by other parents immunising theirs, outbreaks would be rare and pregnant women would not be in this position.

Blue321 in reply to DrFluffy

Agreed. As I spend a lot of time at University, it may well be worth me having this if there are infection rates in my city and area. It is unfortunately the young that are the main carriers....

I'm apprehensive about it but will have it as I am worried that if something happened I wouldn't forgive myself. I'm just baffled that my midwife has never mentioned it to me, I will have to ask her to give it to me. I thought it would have been routine to at least discuss it with me.

I got it through on the weekly NHS email. It was the one for when you are 26 weeks. x

I had the jab at 28 weeks and apart from a sore arm for about a week, i have had no side effects. For.me the risk for my baby when he is born is too high, so i wanted to prevent anything happening to him. With two.other children, one in full time school the other goes to part time nursery so they could bring anything home with them and pass onto through baby.

It sounds like you've done your research but I found the nhs page and it's comments helpful. I don't think i'm going to get it. Is a big decision tho8ugh! If you haven't read it, i'd recommend it regardless of what you choose to do

I'm very torn whether to have this jab as I know 2 people who had it at 28 weeks who then miscarried within a week....of course it may not be linked but very hard not to think it is and worry!

Wow 579 children ages 15+had it thought it was only young children that got it, they obviously are concerned about it enough to immunise pregnant women, don't think they have taken it lightly...very interesting stuff it being a cyclical disease...So last year it peaked? But then if women are immunised wont be able to tell if it is worse this year....but as long as it saves lives that is the main thing...

It's quite full on isn't it? Yep, more sufferers are teenagers and young people, they are carriers, due to their socialisation at school and Uni. Normally the NHS would try to inoculate them to stop spread, but decided it would take too long to filter down to babies <2 months. So, we have to have the jab and then, even if you breastfeed, your babies has to have the jab at 2 months. They have been offering pregnant women this jab for 18 months in total.

my son suffers from croup, and has had to had steriods at the hosp and was horrible to see him struggling, so to see a baby suffering would be heartbreaking, my friend had the vaccine and her daughter is happy and healthy, I'll def have it

need to get the flu, whooping cough and Covid vaccines if I want to be as safe as possible. I had my

Is this standard practice to offer flu and whooping cough vaccine whilst...

Had my whooping cough vaccine on Wednesday and my arm has been really sore since got a red rash and...

can't stop thinking about this if I should have whooping cough vaccination. I know it is for my...

Whooping cough jab- what are your thoughts?

peoples personal opinions were off getting the whooping cough jab? I have noticed a few people on...

IVF ladies - when did you stop progesterone and estrogen?