Early pregnancy signs without ever having periods - po... - NCT 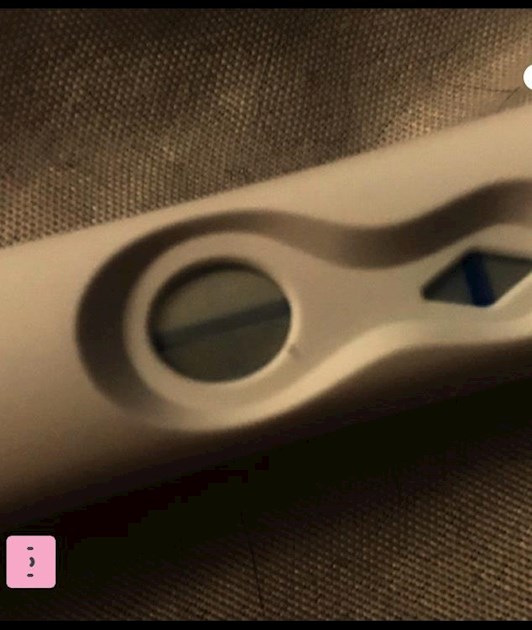 I have been taking the cerelle pill for ages and haven’t had a period in over 6 or 7 years now. My boobs have been really sore the last few days and last night and tonight I’ve felt sick. I’ve also had sharp period like cramps on and off and my coffee didn’t taste right this morning.

It was all a bit odd so I took a test and I feel like I can see a faint line. However I wouldn’t know how far I’d be and if it’s even possible to have symptoms already. I feel like I’m super aware of them now.

Has anyone been in a similar situation not knowing their cycle? Also do you see a line?

My partner and I have been together for 5 years now but only want kids in 2-3 years. So this comes as a shock.

Sunshine1902
To view profiles and participate in discussions please or .
Read more about...
6 Replies
•

It's not a great photo but I don't see a line. Do you have any better shots? It's very dark

Sunshine1902 in reply to Seb93 years ago

I see the faint line, maybe take another test to double check but I’m know I can see the line I zoomed in on the picture, I caught with my daughter in the pill

I have ordered some more sensitive tests that should arrive today so I will see what they say. I have been taking it for years so surprised it would randomly not work anymore.. we’ll see I guess. Thanks!

A year ago I had a few early symptoms, such as feeling sick, a few food smells put me off, I did a test and mine came up like this the most faint line you could just about see, I kept it but thought it was a false! Did one the day after and it came up more clear, did a clear blue 1 after that and turns out I was 2-3 weeks pregnant! Here I am now with a beautiful 4 month baby boy! I honestly think you’re pregnant, hope all goes well for you!!!

Sunshine1902 in reply to Cmbeardx3 years ago

Thanks for sharing! I’m very confused as I feel like I see a line and then I look again and don’t. However i have felt so off lately it would explain why. I’m currently waiting for more sensitive tests to be delivered and I will keep checking over the next few days. I’m preparing myself for it to be positive but would still have to face the big task of telling my partner. He’s definitely not ready to have kids right now so we’ll see how that goes.. 🙈 Thank you!

Ive been taking pregnancys tests since about 11 days befor my period was due. Initially a faint line

I'm 7 days late and no period. Too early to take a pregnancy test?

7 days late and no signs of my period my boobs are sore and I have been experiencing dizzyness...

wasn’t sure if I could see a shadow but today I think there is an actual line. I’ve been starring...

Frustrated, few symptom of signs of pregnancy but test negative

positive, I’ve also had tests at the hospital on and off last year and my gyno said I have low...

I have irregular periods around 45-47 days. We have been trying for a baby and have been using an...

how long for periods to return after stopping breastfeeding

Breastfeeding nightmare, please help I'm in so much pain 😢

Is it a mistake to take my son out of nursery?

vigorous squirming and grunting at night