Pregnancy : Hi there a Little help please I found out am... - NCT 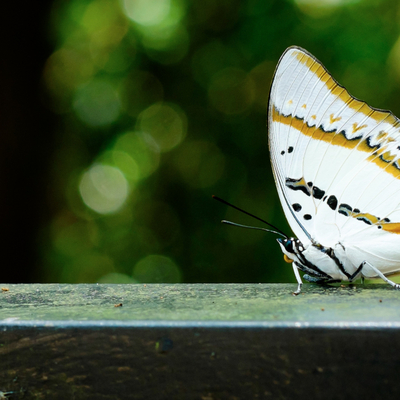 Kezza12
To view profiles and participate in discussions please or .
Read more about...
19 Replies
•

Hi obviously having sex only days apart with different men you can’t really be sure only a DNA test will be able to tell you.

This is a stressful situation for you. UnfortunateLy you won’t find out till dna as dates are so close. Same thing happened to my friend who was only ever with two men, an ex long term boyfriend and a very new boyfriend. She told both of them them the situation and only one stuck around during the pregnancy and turned it to be the father. The new boyfriend wouldn’t answer the phone after she told him the situation and the ex stuck around. She was so stressed about it. Turned out good in the end. She’s now married to him and has 2 other kids with him. Hopefully you get your happy ending Kezza12

Aw I’m feeling it for you. You know it’s the right thing to tell your partner. Think of how he will feel after the whole pregnancy and birth to find out or even guess baby is not his. Your pregnancy will be too stressful for you. Do it as soon as you can. There’s nothing wrong with what you did as these things happen. Instead of feeling embarrassed about it just change that to ok this is the way it is and this is your option. You need to concentrate on you and baby.

I really don’t want to give you hope in any way/Crash any hope... it’s a bit of a thought process and don’t base any conclusions on that, as the others say only a DNA test can confirm.

But if your period was on 1st March and you had sex on 4th March, you will have been quite a few days away from ovulation... even with sperm surviving for up to 5 days, that’d mean this person’s sperm would’ve been gone by the 9th March. With a period on the 1st March it’s therefore unlikely it could have been from him...?

The other time was on the 7th, meaning sperm would be ‘around’ until the 12th...

Either way you must’ve had quite an early ovulation. Usually it is around Day 14, yours must’ve been by Day 12. I’d think it would be unlikely to have happened by Day 7!

Not sure this is any help and as our bodies are all so different, you won’t get any clear answer until you’ve done that DNA test but if your dates are right then I would argue it’s less likely going to be from the first encounter...

Give him time x

Risk his life? Is he meaning HIV? You will have all these tests done at your booking appointment anyway. I don’t actually think he would be glad of you having a termination in the future when he can think rationally. There’s a really good chance this is his baby, and the not EVER knowing will eat away at him too. He will calm down. And yes I’d be upset too, but for now I’d just give him space. Does the other guy know?

Don’t rush a decision that you may regret later on (and then blame him for having terminated). You need to do what’s right for you, but take your time to think about it all carefully.

Do what you thinks best, to be fair you were on a break who says he didn’t have sex with anyone else? If you decide to keep the baby they screen you for sti’s anyway. Good luck on what you decide I think you did the right thing telling the truth.

Don’t forget he left! And you weren’t to know that he was gonna come back. Don’t let him call all the shots. Don’t be ashamed.

It takes a lot of courage to do what you did. He will need time and if it’s meant to be it will be but u need to take care of yourself and baby. Just because he is stubborn doesn’t mean he won’t settle with the idea of not knowing. I hope it all turns out good for you I really do. I’ve my fingers crossed for you. Xx

What happened kezza12? Hope everything worked out OK x

I'm new to this and I just want help. So I took a lot of pregnancy tests early on and they were...

weeks and 3 days pregnant, I have just started to bleed but it’s like a normal period but not mich...

weeks pregnant and its my first pregnancy and my stomach does sometimes show that I am pregnant is...

I have had horrendous sickness and nausea in pregnancy and if one more person tells me to have a...