Is ELDEPRYL the reason for my PD not get... - Cure Parkinson's

To be among those who were so unlucky to withdraw the card Parkinson's disease, I am so blessed to belong to a very rare group of PD patients where the development of the disease is almost completely stagnant.

This unique and very rare development where PD does not get worse as the years go by (About 16-20 years now) must have a cause, one would think.

The only thing I see I do differently than most others is that I take ELDEPRYL 10mg 1 tablet per day.

I have been doing this for about 16 years now and have on several occasions asked specialists in medicine if I can just stop with them and everyone has recommended that it is just to stop.

In the last 2 years, however, the development has also been less pleasant for me when 2 years ago I started to get symptoms I did not understand.

It all started with short periods some days where my throat narrowed and I started breathing more and faster (SOB).

It took more than a year before I realized the connection with the ON / OFF problem and am probably as of today somewhat confident that these symptoms, which I will call SOB, come from the fact that there is too little medicine in the system.

So my question to you out there in the big world ...... do you know of any PD patients who have not had any negative development on this disease and who take ELDEPRYL 10 mg daily? 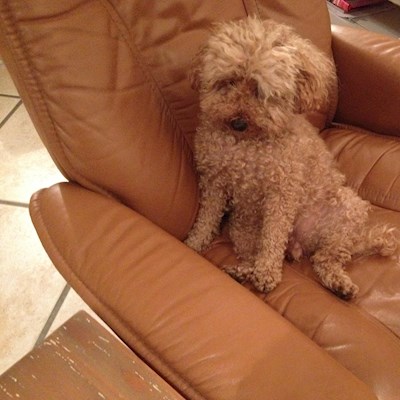 snorre
To view profiles and participate in discussions please or .
Read more about...
13 Replies
•

What symptoms do you have if I may ask?

Mimer in reply to Nitro53

It is a relevant question. There are indications that the type of dominant symptoms are related to progression rate.

John Pepper says he has been taking Selegeline for many years as monotherapy. But stopped the medication completely some years back.

There are some studies that you probabaly are aware of that indicate that Selegeline can slow the symptom progression, For example this Swedish long term study (of 140 people) from 2006.

Selegiline slows the progression of the symptoms of Parkinson disease

I am on Selegeline myself, but only for about nearly two years.

matcharoe in reply to Mimer

Thank you for linking this study. Do you know which is a more potent MAOB inhibitor, Azilect or Selegiline? Azilect is newer but not necessarily better. For an OTC MAOA inhibitor, I’ve read that 5-HTP , Quercitin, and Resveratrol are helpful.

Cagey84 in reply to matcharoe

Azilect (rasagiline) is the one to go for as the breakdown products of selegiline are similar to amphetamines.

matcharoe in reply to Cagey84

Thank you. Having taken a deep dive on this today, I read that. I appreciate your confirming it. MAO A inhibitors are protective as well. I wonder if there would be benefit to adding that? I just started Azilect today

Mimer in reply to matcharoe

I would not try that. In my opinion, the evidence and effects of the neuroprotection of MAOIs are not proportional to the cost. Adding also an MAO-A inhibitor will, for example, make you sensitive to tyramine in food.Exercise seems to be a far better option if you want to affect the disease progression.

Cagey84 in reply to Mimer

Depends where you are - I’m in the UK and rasagiline costs me nothing, and only costs the NHS £5.50 per month, around $7

Astra7 in reply to matcharoe

I’ve taken azilect since diagnoses and while my decline is quite slow it is definite as evidenced by my steadily increasing dose of madapor, and my new problem of freezing and then falling on the tennis court.

Cagey84 in reply to matcharoe

do you take any other medications or just Seligiline

I take sinemet and eldepryl.The use of sinemet has for long periods been konstant or the same.The use of eldepryl has been the same from the first day.

It is the people that treets me that is saying that my case is rear and spesial , not me

Mimer in reply to snorre

Progression is like most things individual and on group level following a standard distribution. There are always outliers that have a lower or a higher progression rate than the mean value. It is not likely that Selegiline alone is the reason for your slow progression, but it could very well contribute. Could you think of any habits, food, or supplements that also could contribute?

Do you come up with anything out of the ordinary, like eating salmons five days per week, fast cross country skiing, or daily cold baths in the ocean? If nothing else, you have got material for a book or website about your way to manage PD. 😉

What improvements can we anticipate within 10-15 years?

there will be more treatments within the next 10-15 years.

SOB Shortness off breathe.Anyone have experience with this phenomenon?

I am rigidity- dominant PD ; My personal experience!

neurotransmitters and reduced my symptoms with the following interventions:

why does an antibiotic improve my PD symptoms BIG TIME

IT GAVE ME A HUGE IMPROVEMENT IN MY PD SYMPTOMS