CDB for Parkinson’s Pain: Has anyone used... - Cure Parkinson's

Has anyone used CDB for pain and if successful what type. There are so many brands and different type that it is confusing. M neurologist suggested I try it but didn’t suggest a type or brand 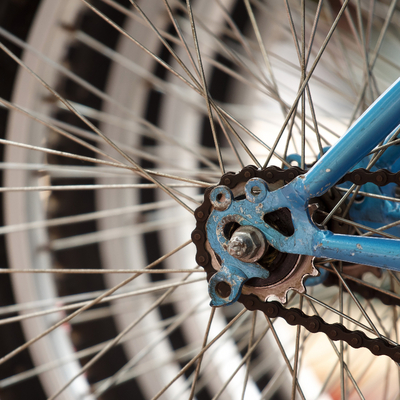 Darcy3
To view profiles and participate in discussions please or .
27 Replies
•

I am also interested in Information on CBD. Nutritional Frontiers has a protocol for Parkinson's that includes their CBD. I use some of their products. nutritionalfrontiers.comI know they are having a 30% off sale soon. They also have a Parkinson's video of someone who uses their protocol. They are in Pittsburgh PA

Darcy3 in reply to Smittybear7

Thank you so much for sharing this information with me. I will look at their website. I am so glad I found healthunlock.com as I have come in contact with so many kind people.

Smittybear7 in reply to Darcy3

Let me know how you make out. Let me know what you think. Joe massino is a good contact with that company if you can talk to him you may get more information good luck

Darcy3 in reply to Smittybear7

I went to nutritionalfrontiers.com website to search for CBD products. Unfortunately, none came up. I am going to look further and will let you know.

Smittybear7 in reply to Darcy3

Try winer wellness center. Tomorrow I will send you a phone number.

I have been using CBD for anxiety - it seems to help, a bit. CBD has done nothing for pain. I'm giving Relief Factor a try - just into my 4th week. I think I feeling some reduction in my pain. I'm giving it another month. I like it's not a drug....

If you try the marysnutritionals.com cbd patches I have found them to be the best for pain. Almost ever guy who's tried them for sprains, ect has reported back their surprise that they work.

I am part of a cannabis trial run by my neurologist. I still don’t have the results of the trial but the cannabis company who supplied the products did a good job of matching me up with the dose I was taking during the trial. I got some minimal benefit for pain, but for sleep it was a game changer for me so I stayed on it. I am taking an oil 20:1. (Cbd:thc) I know in Canada there are several medical marijuana clinics run by doctors to personalize the product for your specific needs. I would seek out that if your area is legalized

Thank you for your reply and good advise. I live in Texas and find out if we have marijuana clinics. I know CBD is legal but I don’t know about clinics.

TR8Man in reply to Darcy3

No clinics. Medical Cannabis is " legal " for a couple of types of Epilepsy - only.

NellieH in reply to Missy0202

Hi, Missy. I'm in Canada too - Ontario specifically. What brand of 20:1 do you use that had helped with sleep? Is it from a provincial supplier? Thank you (eh)!

Missy0202 in reply to NellieH

Hi Nellie. apollocannabis.ca is a good place to start. The medical team there can point you in the right direction. I get mine through auroramedical.com and the product I use is Cannimed auroramedical.com/products/... Hope that helps EH!!!!

NellieH in reply to Missy0202

Hi there, the first few years of diagnosis I used CBD/THC for extreme pain. You need a ratio with THC to help for pain. I used a tincture of 4:1 or 2:1 ratio. The company is called Care By Design. With these ratios you feel relief but no “high” effect. I’m sure if you drank the whole bottle you would be 🤪 . I like the tinctures the best too. Hope it helps. Karen

My hubby has PD with no tremors however does experience aches and pains. Been taking CBD oil for a few years now, drops in a.m. and drops in the p.m. before bed.

Uses CBD oil from Headandheal.com gets the 1200.

Copy paste from the web

I use it in Israel

The company also working in the USA and Canada

We are the original caregivers, the first company to ever legally provide cannabis-based medicine. Our high-CBD cannabis strain, Avidekel, is the most researched strain in the world and regularly used by our patients internationally.

My husband has had Parkinson's for 26 yrs. He takes no medication. We do use mannitol and many antioxidants like dmae, zinc, and many more. He was having a lot of trouble sleeping so we bought the brand fairwinds rick simpson oil 1 to 1 cbd and thc. They also make a deep sleep tablet that hubby likes. For just cbd, we love marysnutritionals.com for their 12 hr cbd patches.

ramotswe in reply to Jujubeeme

Hello Jujubeeme, This is not directly on topic but would you mind telling me how your husband manages without the usual meds? I often wonder how others like me cope on bad days - so called -but I'm determined to press on. I'm taking simple supplements like B vits resveratrol, Vit C, zinc, magnesium, alpha lipoic acid, exercising, walking when I can, and am ready to consider anything alternative. My tremor appeared in 2014 and was misdiagnosed. Then I had a stroke in 2016 which apparently stopped my tremor! what joy. But then I had major heart surgery and guess what came back! But I feel amazingly fortunate. Hope I haven't given you too much info. If you could paint a picture of your life together I would be so grateful - if not I understand perfectly. Best wishes to you.

Oh... well, hubby was a combat vet in vietnam. He actually was a macvsog and a weapons specialist. Did 3 tours. He went to Cambodia and Laos and got the pows. So when he was 50 he started with tapping his foot all of the time. And then 5 yrs later he started having trouble with his right hand and tremors. Then he started having leg weakness. He was an artist and now has taught himself to paint left handed as his right has tremors when focused. But he's 76 so no surprise. Google him, Lynne M Black.

We have pretty much eaten organic because I'm a cancer survivor.

He takes mannitol a heaping teaspoon in his morning coffee. That made a big difference in his legs and walking.

He uses G13 which was touted by Cisco who has Parkinson's also to be helpful. I use it to make eatables. He uses a marysnutritionals.com cbd patch at night and 2 clicks of fairwinds feco 1 to 1, thc to CBD.

Most importantly because the theory is that SIBO is partially responsible for Parkinson's he takes Dr Ohirra probiotics professional strength in the am and pm. Also betaine with each meal. Listened to a utube of two Drs who said SIBO was a big deal with Parkinson's. It stands for small intestine bacterial overgrowth. He also does a scoop of monolaurin which is made out of coconut and kills bacteria. About 3 mornings a week i make a smoothie with a banana, frozen blueberries and powdered mangosteen. Which Michael Fox used. I get the powered.

It's a lot of work, and a small bowl of pills, but I ran a community center for almost two decades with a thriving senior program and saw what some Parkinson's medications do and we thought this was the best pathway for Lynne. It was more difficult to follow this pathway when we worked but we did our best. Now in retirement it's just the daily routine.

The medical medium has been very helpful for recipes and herbal advice. Cleaning up the, and gut liver and eating clean has been a big part of the process.

ramotswe in reply to Jujubeeme

Thank you - so much food for thought there. I really am grateful to you and amazed at your courage. I shall try mannitol, presumably available here in the UK. Bless you.

The Israelis have one that is manitol and velvet bean which is like lavadopa (sp?) But i buy mine off of Amazon. One thing i learned when i ran a social service was that seniors who were put on cholesterol lowering drugs and had Parkinson's spiraled down hill much faster than just on Parkinson's meds. My research indicated that Parkinson's resides in the nigra part of the brain. Which is why unless it's the genetic Parkinson's they don't know if it's really Parkinson's until an autopsy. The nigra part of your brain produces cholesterol which is not produced in needed amounts for Parkinson's patients. I buy fresh eggs from a farmer and my husband gets soft cooked eggs at least 3 days a week...

I'm a cancer survivor who was given a tainted transfusion in the 70's, so I have done a lot of research about healing. None of us are getting out of here alive but, how we fuel and care for ourselves will define the quality of our time on this planet.😏

Google it " cannabis and PD"

Darcy3 in reply to koshca

Thank you for replying . I will check it out.

The Israelis have done decades of research into Parkinson's disease and marijuana. CBDproject.org is also a good source of info

practical solution. Does anyone have any suggestions of how to control the cramps and pain?

Painful toes due to Parkinson’s

recommended Tylenol. Has anyone have toe issues and what have you taken to help your pain. Thank...

does anyone else suffer from constant foot and leg pain? He has pins and needles too and pain like...

What Are the Best Exercises for Parkinson’s Disease?