Atorvastatin : Is anyone else taking... - British Heart Fou...

Is anyone else taking 80mg of atorvastatin. It looks like a concrete breeze block it's so big .Can anyone actually tolerate this mega dose. 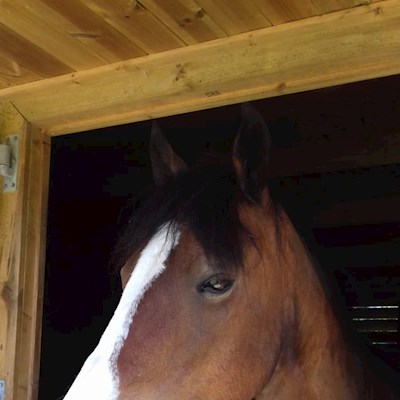 cakesandbakes
To view profiles and participate in discussions please or .
Read more about...
17 Replies
•

I have been taking this since my HA and stent prior to my triple bypass. I would say stay with it as my recent blood tests my overall cholesterol was 2.8 lowest for more years than I care to remember 😄

shopman in reply to gilreid1

As above been on this & its forerunner Simvastatin for more than 20 years without any issues. Have thought at times it should have been a suppositry.

I agree - the 80 tablet is just HUGE. I dread taking it every night. However, eight weeks ago my local chemist said they were having difficulty getting 80’s so gave me 40’s instead and told me to take two. These were literally half the size ... marvellous! I asked the pharmacist for these again when I dropped in my last prescription but he said my GP had to request them for me. I will do this on my next visit to the surgery. The size of a pill might seem to be such a ‘small’ concern but when we ‘hearties’ suddenly (I had an unexpected HA plus stent 6 months ago) have so many ‘small’ things to contend with to include: cold nose and hands in the evening, night sweats, visits to the loo in the middle of the night, having to exercise, having to stop smoking (aghhhh) and I take pics of all my bruises as the colours are so spectacular - that to reduce one ‘stressor/anxiety’ if I can is simply fantastic!

Agree the tablet is huge. I could not tolerate the side effects of 80mg. Doctor reduced it down to 40mg but still the side effects were awful. Now I am on 20mg and with some healthy eating and exercise I got my cholesterol down to acceptable levels.

Smarticus in reply to jon22

I went up from 40mg to 80mg years ago and noticed no difference whatsoever. Have a big glass of water to hand, and down it goes. I'm not denigrating people who suffer side-effects, because I know some have a genuine intolerance, but I often think those who expect them tend to get them!

I agree completely, I thought I was having problems with an 80mg dose but have come to realise the problems were between my ears. As for the size of the tablet I don't really understand the problem to be honest, just get it down you! Think of the additional waste generated if we all took 2 x 40 mg's??

I take the 80 mg tablet & have had no problems with swallowing it or side effects. I take the tablet with my other tablets with a glass of water.

I know the feeling, I have great difficulty swallowing large pills even with huge amounts of water. Throat constricts and the damn things won't go down, half the time they end up melting. Sometimes think that regardless of taste I would prefer them in liquid form. Capsules are better as surface is smooth.😣

I’m also on them, and the fexofenadine I take for hay fever is the same size so I get double fun. Luckily I don’t have much difficulty swallowing tablets having been taking hey fever meds in tablet form from childhood.

Why don't you try breaking the tablet in half

It's important to never break pills in half or crush them without checking with your physician.

I was put on it but it affected my joints especially shoulders really badly so it was reduced 3 times and still my joints were bad so had to come off it.

I’ve been on that dose for 2 years and apart from the occasional leg cramp at night I’ve had no problems. However we’re all different!

I managed for about 8 weeks after a stroke last August. I then found muscle & joint pain became too much. I thought my kidneys were affected as I was locking up with back pain as well.😩Down to 40mg now, after about a week I take 30mg ie 20+10mg tablets as my shoulders ache too much, then back on 40mg until I need a reduction. Atorvastatin has one of the longest half life’s at 14hrs, whereas Simvastin is 6hours. It takes 5.5 cycles to clear your system for either treatment ie 3plus days. I understand atorvastatin can be taken at any time due to its longevity in the body, whereas most other statins need to be taken at night time when the body produces cholesterol.

sleeping, is this just a coincidence, or has anyone else had sleep problems whilst on this statin ?...

pinkie and finger next to it on right hand. Has anyone else had this and any suggestions to a...

Does anyone take these together. I notice they have a drug interaction.Been on clopidogral 2 months...

of five drugs... four I take after breakfast; the fifth is a 80mg Atorvastatin horse pill, which I...