What Brand Of Statin Are You Prescribed? - British Heart Fou...

I understand that the NHS has approved at least five statins for prescription; Lipitor, Lescol, Lipostat, Crestor, and Zocor. 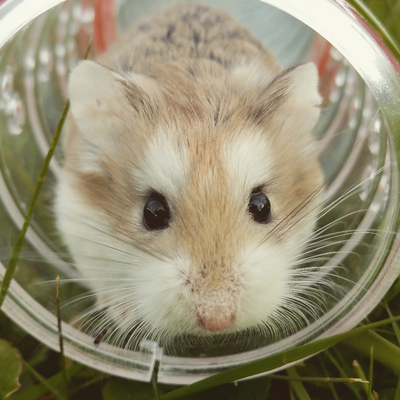 Chappychap
To view profiles and participate in discussions please or .
Read more about...
15 Replies
•

Been on Lipitor 40mg for just over a year and no problems so far.

Just a further comment to add to my previous comments. I have just read a BMJ article which expresses greater concern over the possible side effects of rosuvastatin compared with Atorvastatin. It is obviously a huge subject with many contradictory claims to benefits and side effects. I find it difficult to get to the bottom of which statin is 'best' so just wanted to point this out.

Thanks for your comments. I do know that both Crestor and Lipitor are now out of patent (other statins may also be out of patent, I only know about these two), so they're both a fraction of the price they used to be. Lipitor dropped out of patent first, and consequently used to be the preferred choice on cost grounds. Perhaps Lipitor has stayed at the top of the approved statin list and so became the default favourite?

I was given atorvastatin right after my heart attack but it made me feel as if I was almost in a coma at night. I would half wake but couldn't get out of bed before I fell asleep again. It was changed to simvastatin. So far I've been having blood tests every 3 months.

Crestor lowered my level is at 150

I have been on Atorvastation (20mg). Gave me awful muscle pain and visual disturbance.

Now on 10mg Pravastatin which shouldn't knock me about so much.

I’ve been on 80 mg of Lipitor for 6 months after a heart attack and 3 stents fitted , I’ve been told I’ll be on this dose for life , I’ve not experienced any side effects as such but it’s raised my blood sugars so now I’m having to take a diabetic tablet where I was controlling it through diet alone before , I’m also concerned what effects it will have on my liver in the future

Chappychap ..... l was initially on atorvastatin after a stent fitted in February. Had a review with gp two months ago for muscle ache , stomach cramps and nausea changed to rosuvastatin (10mg) ... seems to have done the trick.

Hi I take Crestor and I feel fine on it. Can't take some of the others.

I have a terrible itch on my hip and am wondering if it's atarvastatins I'm on 75mg. I hate going to Drs as I think they have enough work to start with but if this continues I will go. Thanks for the advice.

Nathan53 in reply to redcarpet123

Hello redcarpet - I have viewed some articles mentioning that statins can cause itching skin but I don't think it's a common problem. It's always a dilemma when taking a number of medications to know if a problem is a side effect or something else. If your itch is accompanied by muscle pain or aches I would see your Dr as this could be related to statin problem. If not I would be inclined to apply something like E45 cream or aveeno cream. Have you changed laundry liquid? If it persists see Dr then you will have tried to resolve yourself and you are certainly not wasting there time. My practice has a Specialist Nurse Practitioner you can see - is that a possibility for you.

redcarpet123 in reply to Nathan53

Thank for the information. I have a Reno cream and will apply that after my shower as I go to cardio 2 on a Monday. No I haven't changed laundry oriducts. I am on clopidogril till June and know I've had a side effect with that but it has settled down. I live in the north east.

What problems has anyone had with statin s

many of you have had problems with Statins in particular Rosuvastatin, I had possible digestion...

What do statins do?

I have read that statins lower cholesterol, but my chelosterol levels have never been high even...

What about those of us who genuinely cannot tolerate Statins

I would like to hear about people like myself who cannot take Statins and been told by the...

consultant if I could be prescribed a different statin, but he insists Atorvastatin is the best. At...

not be taking their prescribed statins because of the negativity around statins in the media and...

big flaming ball in the sky