Hello everyone. I have been changed from symbicort 200/6 to Trimbow inhaler. I am hard coughing breathless much quicker anyone else had these changes and or experiences please 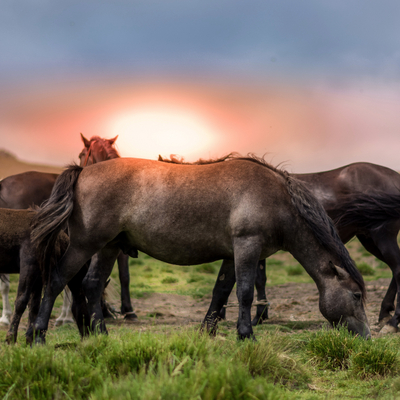 Jacoel
To view profiles and participate in discussions please or .
Read more about...
14 Replies
•

When did the change happen? Steroid inhalers take about 8 weeks to kick in properly and, in the meantime, it can feel like things are worse because the body has had the original one taken away but the new one hasn't had time to build up. Unfortunately it's a case of persevering until it's had its time to be effective - over which time your symptoms should improve. Peak flow may well drop too but this should also increase again over the time. Do call your nurse or GP in the meantime though if you are concerned.

If it's after 8 weeks or so and you're getting these symptoms then I'd contact your nurse or GP.

Thank you. It is about 7 weeks today from the change. It was lung specialist bought into review by our GP. And my god they were thorough. So i trust theyre judgement. Symbicort was not controlling it as well as it had in the past either. But i bought up way more phlegm with Symbicort and the coughing although exhausting was not the bone shaker that Trembow is. I am all out of energy with it. Have not slept well since june 2019. I want this trimbow to work as my skin is so thin it rips easily. And my joints and muscles hurt so much i think from many years on symbicort. I speak with them next week. We might look at trelegy. The one inhaler a day equivalent. I know the powders gonna make me cough. As did the symbicort when inhaled. But if cuts down the day and time coughing, could be such a relief.

Hmmm tricky then. How is your peak flow now, compared to your recent best (in the last 6 months I think they count as recent best) and compared to when you were on the Symbicort (just before the change)? It might be a case of them working out whether the coughing is because it's not controlled or is like a mechanical side effect of the inhaler.

Had you tried Spiriva? That's a LAMA so they wouldn't add it to the Trimbow as that already has one in, but wondered if it would be better alongside say Fostair (which I think is the same steroid base as the Trimbow but is available as an MDI (one that isn't a powder). Apologies if you've already tried that! It might also depend whether you have asthma or COPD too.

I had brailtus witb Symicort from august 2019 untill april 2020. It definately caused a coughing reaction. Was markedly better with just symbicort alone but definately did not feel right. Now the strange thing is. There is no diff in my peak flow. Nor in my oxygen levels. They drop with exertion. That I expect. Must admit i get a bit teary eyed and low with it all.. but I guess we all do. I have both Asthma and Copd. I do really appreciate you taking the time to answer. To be honest it a bit of an uplift having the replies. Thanks

It's really hard when it's never ending or you think one bit is improved only to have to deal with other things.

Extra difficult with asthma and COPD I think. I wonder (and I may be completely wrong here!) if it's the COPD causing more issues than the asthma - partly as they've gone for the triple inhaler which is usually a COPD one I think and partly as your peak flow isn't really changing at all. Some asthmatics find it doesn't drop much or noticeably when symptomatic but, if the symptoms are caused by asthma, it should go up after relief meds and one would hope that a regular peak flow (baseline) would improve over time as a new preventer kicks in. If it's not doing that I wonder if it's more of a COPD "priority" if you like. But I'm just thinking out loud and might be wrong.

Another thing I'd want to ask the specialist is could the coughing and breathlessness be something else on top of your known issues. So maybe a mechanical thing or reaction to powder inhalers or maybe something like silent reflux. Have you seen respiratory physio at all? They might be able to help with some breathing exercises to help stop the coughing when it starts (if it's a mechanical reaction to the inhaler for example, or your body going into overdrive after having the issue for so long, a bit like the coughing happens and then it's difficult to stop it) which might make things easier for you.

Thank you have made notes to discuss with the service on thursday. I think your right. Last. Night i forgot my cetrizine had a great nights sleep. Maybe just coincidance but a thought..

Trimbow has extra fine particles compared to Symbicort so the medication potency is higher and have the same benefits. This could be why you're experiencing coughing and breathlessness. Or it could be the glycopyrronium which is a long-acting muscarinic antagonist (LAMA).

On the other hand, the dose that you take may need reviewing if you're not getting relief as expected from dose to dose. You may benefit from having two separate inhalers so that you can increase the steroid and LABA element when necessary and stick with the current dose of the LAMA element, which cannot be increased. That's the weakness of these triple inhalers, in my opinion.

Jacoel in reply to Poobah

Just my experience, as we all react differently to meds.

I changed to Fostair from Duoresp (same as symbicort) because I was getting more frequent flare ups, but found it didn’t work well for me. I tried it for over 2 months and was still getting breathless so changed back to Duoresp.

My asthma was quite unstable at the time and I was given Spiriva as an add on then my nurse said Trimbow would be better as it contained the same meds as Fostair and Spiriva. However when I changed the Fostair back to Duoresp. Sounds a bit complicated I know! 🙄. Also had other add ons and eventually got off the steroids and more stable now.

The point is that I’ve had bad mucus cough ever since. I think it might be the Spiriva that’s causing it. Now my asthma is more stable, my nurse suggested reducing some of my meds. I’ve stopped the montelukast and after a month I can stop the Spiriva, so I’ll find out if that was the culprit. I’ll have to be patient though and work with my nurse on this.

Sorry I’ve just re read what I wrote and missed a bit out 🤦🏻‍♀️.

When I changed from Fostair back to Duoresp , I stopped the Trimbow and went back to Spiriva.

Jacoel in reply to Celie1

Thank you for the reply. They moved me from symbicort to durosep. But i found durosep didnt work as well for me at that time.. i will let you all know the outcome on Friday when I have spoke with the specialist.

Poobah in reply to Jacoel

We definitely need to speak up when meds don't help us as expected. Sometimes it takes a few tries at various combos to get the right mix for us. Good luck on Friday.

Changing from Seretide to Symbicort

settled. Has anyone changed from Seretide to Symbicort and found it helpful? Also I have never...

to use symbicort only. Said she loves it... 😂 hoping i have the same enthusiasm soon. Anyone find...

it up and use it, but I was wondering if anyone else has had similar problems. Also, I was told not...

may want to change me from seretide to symbicort at my next appointment. My asthma has been out of...