After several false starts, I finally got my asthma under control in the autumn with twice-daily symbicort (4 puffs of the 200/6 dose) and daily montelukast (10 mg). I went from needing my reliever multiple times a day to 1-2 times a week, and in early December I managed a 21-day streak with no symptoms whatsoever (the longest I've gone in about a year and a half).

Unfortunately, ever since Christmas Eve, it's all kinda fallen apart. I've needed my reliever most days (usually several times a day) and been woken from sleep 2 or 3 times in the last week. I'm at a complete loss as to why this is suddenly happening. I exercise regularly, sleep well, and have a varied diet including fruit/veg. I take all of my preventer medications without fail. The weather is cold and dry, but it was even colder here before Christmas and I was fine. I don't smoke; I did drink a lot of alcohol during the Christmas period, but it's been several days since then, so I can't believe that's causing my symptoms now?

The weird thing is my peak flow is virtually unchanged - it sat between 550 and 590 when I was symptom-free, and it still consistently falls within that range (even before I use the reliever).

I'm going to call my AN tomorrow, but was wondering if anyone can give any insight as to what might have caused this. I hate it and so will make any changes I have to, but just don't know what/how to change... 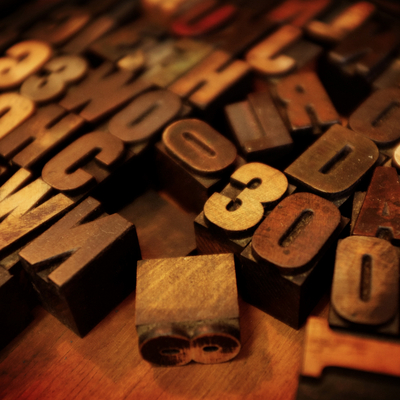 SJF89
To view profiles and participate in discussions please or .
Read more about...
13 Replies
•

Hello SJF89 , I just want to follow up on peak flow, the same thing happens to me where my peak flow stays the same even when I have chest tightness or I feel any kind of symptoms.

I have been using Fostair for almost 1.5y now but I still cant imagine day without it. Not sure what to do but would like to hear from you if you find a way to help yourself.

I also life as healthy as possible but just cant get my condition in order.

wish you all the best

SJF89 in reply to Jolius

Thank you for replying Jolius ! Good to hear that you have similar experiences with peak flow, almost makes me wonder what the point of it is (for me of course - I understand that it's very useful for many people!).

Wishing you all the best too

Hi, just want to add i get the same, my peakflow rarely drops when my chest plays up, even when im in a&e and they see im having an attack, they still go, your peakflow is fine! A thought ive had recently is, have you had central heating on more? Ive noticed when i stay in all day with it on my chest can be tighter. Especially when you come in from the cold to a hot house, im usually on my pump within a couple of minutes with a tight chest. Have you had anything different like special Christmas sprays, candles or food that you didnt have before? I cant do any sprays with cinnamon, cant eat silverskin onions or drink certain alcohols when my chest is iffy as it makes my chest tightness worse. Sorry for the randomness

Hi, yeah same thing to me when I came to emergency center they say that I have panic attack. Did you ever tried to not take your inhaler in that situation and just see what will happen?

I try at home to avoid for a while, sometimes i know i panic and make it worse. Ive had a bad year of infection and attacks so starting to notice when it panic rather than tightness.

Same thing. But still some days it is hard to deal with it.

SJF89 in reply to MissNyxiie

Thank you so much for taking the time to reply MissNyxiie

We do have the central heating on at the moment, but it's been on since late October and the problems only really started around Christmas. You're spot on about different things during Christmas though - I have had different foods, drinks, candles/scents, etc. and I hadn't even really thought of them as potential triggers. When you look at it like that, maybe it's not surprising that I've had so many issues lately.

Thanks again for your reply, appreciate it

Some people's peak flow doesn't drop in an attack. But I assume from you saying it's odd that it hasn't that previously yours did? If this is the case it would be useful to let the nurse know when you speak to them.

PF not changing is often a sign that it's not asthma causing the issues, especially if the pf still doesn't change 15 mins post blue inhaler (compared to the reading done before taking the blue inhaler) so sometimes GPs/ANs would say oh of is fine therefore not asthma. This can obviously be unhelpful if it IS asthma (hence having a post-reliever reading as well) but equally can be useful if they're open to discussing other causes as there's no point escalating asthma treatments if it's not the asthma as they won't help. So for example in someone where it is anxiety (not necessarily you here!), giving steroids or something isn't going to help.

SJF89 in reply to twinkly29

Thank you for taking the time to reply, twinkly!

Sorry for the ambiguous wording in my original post - the peak flow issue is actually common to all of my asthmatic episodes, not just this one. Apart from the period of life when I didn't use any preventer medications (and my peak flow was much lower), I seem to have a consistently good PF reading regardless of symptoms.

That's a good point re. checking PF after reliever medication - I've never done that before, but I discussed with my AN today and since the reliever does improve my symptoms, she's confident that it's genuine asthma rather than anxiety. We're going to monitor my symptoms over the next couple of weeks to see if they improve or if we need to escalate treatment.

Thanks again for your reply

twinkly29 in reply to SJF89

Improved symptoms is a good sign - mainly because you feel better ha ha! Glad you've spoken to someone too.

You say you drank quite a bit of alcohol over Christmas. Anything that you don't normally have? Some asthmatics don't tolerate sulphites in wines (including champagne), ciders & beers. I don't drink and could never understand why I got chest infections and asthma flares at Christmas & New Year. It turned out to be the single toast of champagne, within a couple of hours I would have a sore throat then within 24 hours a raw chest, etc. = misery. Some foods that we indulge in at Christmas may have preservatives that can trigger asthma symptoms. Or it can be something as simple as silent reflux as a result of eating rich food that we don't usually have.

Something I discovered set me off in early December one year was the innocuous licking of multiple envelopes of Christmas cards - swollen tongue, sore throat etc. Now I use a damp sponge on multiple envelopes laid out on the kitchen counter to do the job.

I avoid candles and pot pourri as synthetic scents can be a trigger.

I've never had a reaction to real Christmas trees, but wouldn't be surprised if that happens in the future.

And I would never discount stress, especially if you're responsible for delivering Christmas for your family.

I really hope things settle down for you soon.

SJF89 in reply to Poobah

Hi Poobah, thank you for replying! That's so interesting re. the envelope licking - who'd have thought something so innocuous would have such an impact?!

Your post has really opened my eyes, actually. I drank lots of different types of alcohol over Christmas (including some that I don't usually drink), and ate lots of rich food and foods that I don't usually eat. On top of that, we did have scented candles and a real Christmas tree! It's funny, I hadn't really thought of any of those things as potential triggers, but I can see how they could be. Tracing the exact cause of an asthmatic episode in the mess of life is so difficult, isn't it

Thank you for taking time to reply, I appreciate it

Satsumas and clementines are also a trigger for me. They only come out once a year. Who’d have thought it?

Asthma Flare up with Sinusitis!

effects..was doing so well to maintain at 10mg daily. It’s a constant congested feeling in the nose

twice a day and this is the first time I've been given oral steroids. Ventolin is my reliever....

Asthma flare in the heat - anyone else?

bonus in a difficult time! Is anyone else suffering in the heat? I've had two days in bed/on the...

Asthma Flare up - when will it end! It

Any experience of this?