UPDATE 20TH APRIL: whatever the secretary did, it seems to have worked! Appointment for 1st session of Respiratory Physio will be on 11th May😊👍🍾.

Much relief, and gratitude for an efficient secretary!!

I was referred(by my chest consultant who had eventually diagnosed my bronchiectasis in April last year) for respiratory physio on 7th September last year. I have a copy of his letter in which he states he is referring me. Nothing happened and, because of the pandemic I waited, and waited, and waited. I mentioned in my last telephone consultation with him that I hadn't had an appointment, and he said how important it was to have the physio and told me to phone them. Knowing how phone messages get mislaid in hospitals, I wrote to physio enclosing a copy of consultant's letter from 7th September. Yesterday they phoned me. THE CONSULTANT NEVER MADE MY REFERRAL. He basically forgot to do it. As I was so upset, my husband phoned the consultant's secretary and she has promised to speak to him about it next week. Back to square one. With the horrendous rise in the cost of living I cannot afford to go private for this. And yes, I have seen numerous YouTube videos and read loads of articles on lung clearance techniques, but need the good old NHS to be hands on. I want to know I am doing it properly and if necessary have the relevant devices that I need to use. This month marks one year since my diagnosis. One step forward and two back!!! 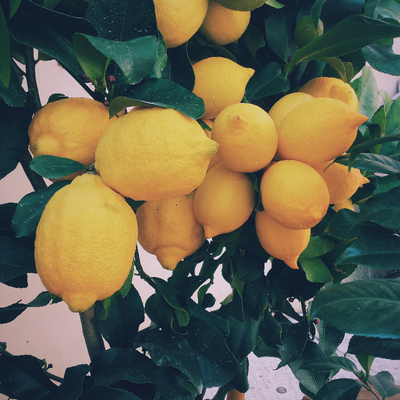 Captaincough
To view profiles and participate in discussions please or .
Read more about...
32 Replies
•

Hello Captain cough. ARRGGGHHHHH !! That's what I say. You definitely need the physio. Videos are helpful but not the same as seeing someone face to face. Good gracious. 🤦 I really don't know what to say except they'd better be quick sticks about it now. xx 🤨

I’m truly sorry to hear of the debacle you’ve been through but you’ve proved to me just how proactive we all must be in looking after ourselves. We cannot rely on doctors so if no appointments are forthcoming we must investigate. The NHS is struggling and things slip through the net. You’ve spurred me on to contact my GP on Monday to sort out my problems as I’ve heard nothing.

I hope things improve for you and wish you well. Onwards and upwards. Xxxx💕👍

I'm sorry that you have been let down. I hope that your consultant's secretary can help, they are usually very good. In the meantime, where I live we can self refer to physio and I wondered if you might be able to do the same.

Captaincough in reply to CDPO16

We can self refer for joints/ muscles but not respiratory for some reason!!!

CDPO16 in reply to Captaincough

That's a pity. Hope you make some progress soon.

CDPO16 in reply to Captaincough

That's a pity. Hope you make some progress soon.

How frustrating, and so disappointing about the consultant. We rely on them so much and if we have trust in them and feel that they have our interests at heart it seems worse when this sort of thing happens. At least you are now in touch with the physio and things should move forward.

We certainly DO need to be proactive where our health is concerned.

Things can get missed - like my diagnosis of colonised pseudomonas! The test results came back and were marked 'Ask patient to make an appointment with GP to discuss.' No one made that call and it was a few weeks later when I chased it up and a very embarrassed receptionist found it an read out the note, full of apologies.

Similarly, I've just found out that I should have had a follow up DEXA scan in 2018 and that got missed too.

I could add to this list, but it would be too long!

My husband thinks I'm fussing when I phone consultants' secretaries or the GP practice to chase things, but you really do have to.

Don't worry about causing offence. My GP said, without sarcasm, 'I love patients like you who are 'on it' and don't let things slip.' I almost said, 'Is that because I'm doing half your job for you?' but I bit my tongue. 🤣

I hope you get the help you need.

Thanks MoyB. We have a catalogue of missed follow-ups here too, including vital blood tests for my hubby's pre-diabetes which is now full blown diabetes😬. I dutifully went to see a pharmacist yesterday for earache( doing what we have been told to do for minor ailments) only to be told to phone my surgery.....which was late morning.....by which time there were no available appointments. You just can't win sometimes🤔. Hey Ho, we all plod onwards.

Ouch! I hope you get something for the earache soon!xx Moy

Littlepom in reply to MoyB

🤦‍♀️You are NOT fussing Moy. You are being pro active for the sake of your health in the face of gross incompitence. Well done you and keep at it.xx

MoyB in reply to Littlepom

Hi Cough it really is terrible for you knowing you weren't referred, I know the NHS is stretched to the l

It really should have been up to him to contact physios re lack of appointment. Then he would have realised the error was down to him and would have expedited the appointment. Not that I am being so synical as to infer you can’t get the staff.

Good on ya for following this up. I always worry about those who don’t/can’t or feel they are making a fuss.

I hope you get your appointment soon and find it really helpful.

His secretary is going to ask him to expedite the appointment.....least he could do!!😬

Hopefully it will get yr appointment moving now.meanwhile,u should do yr lung clearance twice a day,gd demos on ALUK.lung physio show u basically the same but the work is on we bronchiectasis patients to do it.

Hi you are getting there at last even though you slipped through the net before let's hope it will be all systems go from now on and please keep phoning the respiratory department for help and advice as the gps don't have much time or clue often in my case I have found to understand what you need.

Seek legal advice from a clinical negligence solicitor,I’ve had similar issues with my hospital,I had a ct scan and was told there is no bronchiestasis,Then a year latter I had a letter drop through my door saying “Opps we’ve made a mistake and you have got bronchiestasis,It then took them just short of a year to start me on the appropriate medication,I’m now in the middle of a legal case against the hospital.

Captaincough in reply to Homer12

Hi Homer12, what a mess up! Do hope you get some positive result from all that. My Dad worked as a doctor all his working life for the NHS and my mother was a nurse. Shame it has been neglected and just had a sticking plaster applied by various governments over the years. So very sad. I've gone private a few times over the years to avoid very long waits, but can no longer afford to do this.

Sorry your referral never got done. I had a referral for chest physio following my bronchiectasis diagnosis and had a telephone call with the physios, followed up by a letter and written instructions, and a follow up letter. Try looking at youtube.com/watch?v=XvorhwG... and ouh.nhs.uk/patient-guide/le...

Physio is very important. I realise that you are in UK and that physio is often looked on as "an alternative medicine". Very lucky here in France as it is very much "main stream". Due to Covid physio comes 3x per week to treat my wife, 9.00 a.m. Mon, Wed and Friday. Brilliant service but, we do pay a lot more than in UK.

Keep nagging until you get the service.

Digger0 in reply to LissacFrance

Physio is not seen as an alternative medicine in the UK, they are seen as an important part of the diagnostic and treatment team.

LissacFrance in reply to Digger0

My mistake if I`ve misunderstood what others seem to say. Pleased that it is used.

Digger0 in reply to LissacFrance

That's ok. My husband self referred to a NHS physio (pre covid) for his shoulder problem, they arranged US scan and referred him straight to the surgeon - he never saw his GP for the problem

I am sorry to hear this Captaincough. I know how frustrating this can be as I waited 4 months for an appointment on referral, when I went to the hospital for a follow up I nipped into the department only to be told they hadnt printed of the letter so was just sat on file. I then had to wait a further 6 weeks for an appointment. It beggars belief that i also had to chase up the letter to my gp after. The nhs is failing miserably and unless things change radically we are in for a hard time, there are far too many people not paying into the system and nowhere near enough hospitals with competent staff. So keep chasing and dont give up x

I’m sorry to hear this. There seems to be so many stories similar since Covid not that that helps you. I’m glad the secretary is going to sort it out now though. Hope you don’t wait much longer x

I feel your frustration as I am in the same situation as you. 12 months on from my diagnosis of bronchiectasis and still no chest physio. Also waiting for a saline nebuliser trial. Recently had a pulmonary function test and the physiologist couldn’t believe I didn’t have a flutter device. I’d happily buy my own, but everything I’ve read says that you need guidance from the physio to get the right one. Catch 22. Hope your consultant puts the referral through as urgent for you.

It is mindblowing frustrating isn't it? I recently bought an Aerobika device but not 100% sure what is the correct setting to use for my lungs. Hope you get your physio soon!

I had suspected TB, doctor forgot to refer me. Eventually got a broncostomy. After 8 weeks had to remind them I was waiting for results, two days later got told I had TB started treatment only to be told 2 weeks later they got it wrong and I had atypical tb and had to switch medication. All this has taken 12 months, now I have two holes the size of golf balls one on each lung and can barely walk. He’s also given wrong doses of antibiotics and two blood tests have gone AWOL and countless other things. NHS - shambles

Hope u soon get seen.lung physio appointment is invaluable.i know how u feel,as I seem to fall through the net too.do chase thm if the appointment isnt given as stated.take yr aerobika with u so physio can set it for u xx

I have seen respiratory consultants for about 30-35 years since breathing in demolition dust while...

Let me introduce you to my little friend

Thought I would show you what it is 😂😂😂 this one inch beast was outside my friends door below my...

just telling him how I'm felling like I have been doing since I gave up smoking 3 years ago,...

and the Gp has phoned and suggested that, due to a letter to him from the consultant . If that...

PPFE from the land down under

This is what myself and jd are enjoying right now