Not sure if the following might be of interest, perhaps some of you are already involved but you never know.

If anyone has any feedback, would be pleased to hear.

Have a good day, 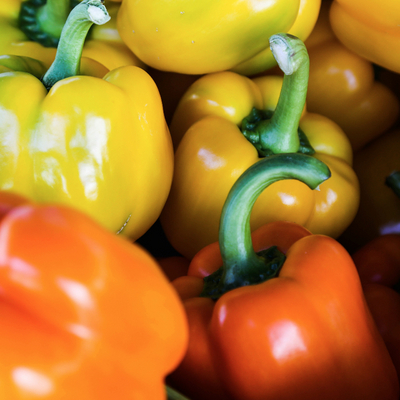 LissacFrance
To view profiles and participate in discussions please or .
Read more about...
10 Replies
•

I asked my consultant in Birmingham about this 2 years ago. She said that she didn't have the time to supervise the trial. From the postcode of the Bham trial it seems to be at the other hospital with a large respiratory dept. I can't find contact details though.

Took some time to find but this might help you:

GBR006 Not yet recruiting

From what I`ve read not due to start until next year with results in 2024.

Thanks. I found that. I think that it is Heartlands Hospital from the postcode. I have tried looking up their trials contact but no joy. I will probably ask my con at the QE for recruiting details. She wasn't very impressed with the drug when I asked her. She is on the British Thoracic Society's committee and co wrote the latest bronch guidelines.The other problem with these trials is that they concentrate on time between exacerbations rather than continuous underlying colonisation which most of us have. If you have not had at least two full blown exacerbations in a year which require antibiotics ( and I tend to rumble along with my low level pseudomonus) it is difficult to qualify. Still I am interested because the drug was developed from a premise researched in the wilderness for years by my last consultant at the QE and will try to find out more about it. Do let me know if you get involved.

My wife not too keen as her present treatment of Azithro 3x per week + phsio 3x per week seems to be on top of it. More of a worry for her is the need for an eye op end of April which will require GA. 3 days of Augmentin before + phyios 2x per day for 3 days before and after.

We`ll see how we go after that little lot.

I agree with your wife. More often than not it is better not to rock the boat that is going along nicely. The trouble with these trials- and I have done many - is that they get your hopes up and then disappear for ever. Famously inhaled cipro which I participated in in 2009. It worked a treat but it has never been licensed for reasons which appear more political than medical.

This could be the hospital

At least it has same postcode.

Thank you Chris. You have gone to a lot of trouble.

Thanx LissacFranceI've freqent exacerbations so interested in anything that could help.i do love to read up on trials.makes a change for cpl promising treatments to be potentially on the horizon for ncfbe.

LissacFrance in reply to Patk1

You`re welcome. I`ve no experience of clinical trials other than the number of French-English translations that I have done, and usually taken the time to read what they are all about. Not very profitable to spend 2 hours reading for every hour working but, it does make life interesting and keeps the grey matter in working order.

Have a good day,

Yes,thanku.ive read about ths and brensocab previously but gd to keep updated x

condition was mild and his doctor would manage this from now on. We have had good support from his...

Do you have bronchiectasis and if yes, have you had your 4th Covid jab yet? Looking at the regs. it

to limit the risk of catching chest infections if you have Bronchiectasis? someone I was chatting...

Hi everyone, just wondered if many of you suffered with joint pain that coincides with an...

early April. In the meantime, any support and advice from the community would be much appreciated.

﻿All around the bloomin heather 🎶 🎵