Chin straps - one for those with SA suffere... - AF Association

I’ve used CPAP for about 5 years now and it has definitely improved my QOL. I have bought and tried most makes of chin strap - some were better than others but I still haven’t come across one that I am truly comfortable with.

Can anyone recommend a comfortable, breathable strap? You can PM me if you don’t want to post. 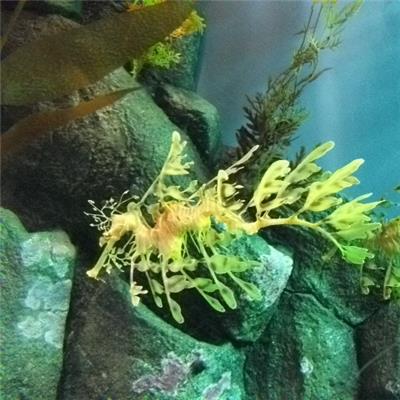 CDreamer
To view profiles and participate in discussions please or .
Read more about...
14 Replies
•

I found an ALTERNATIVE after failing to find a workable chin-strap: mouth-taping with medical tape once I overcame my naive fear of suffocation; Amazon = 3m Micropore Surgical Tape 2" x 10 Yards with Dispenser (Pack of 2)

According to my android app recordings nightly, I don't snore.

(a) moisten lips with lotion before taping to mitigate pain upon removal,

(b) fold up 1 corner of the tape used as handle upon removal,

My CMS pulse oximeter confirms my SPO2 level is acceptable.

As usual, please consult your doctors before trying

You could design and patten one and make your fortune 🤶

They say the best inventions are always solution to a problem. 🤔🎅

During the past 6 months, I have been trying to find, and adjust the three chip straps I have, but not 100% successfully, although the full Resmed strap which fixes across the top of the head seems nearly OK and has resulted in better scores on the Cpap. I have however after a lot of research found one which looks the part, Breathewear Halo Chin Strap, it is available on Amazon, my daughter is bringing one back from America at the weekend for me so I am cautiously optimistic it will be the one. I will let you know as the new one goes over the side of the head and not the top which I think will be less intrusive!

Mmmm.....looks interesting - £54 is expensive - let me know how you get on. I didn't like the Resmed one as i couldn't keep it on but I didn't try the full version.

I bought one which definitely was the most comfortable about 4 years ago mysnoring-solution.com/0792... but I had to import from US and although it has reduced in price - it's still pricey!

Should I treat myself for Christmas???

Hi CD. First, I say Yes! Please treat yourself. Esp if if might make sleep and breathing easier and less awkward. Plus if you try it you might get an idea how to improve and voila! you will have your invention.

I also have used a C-Pap since 2011 and I'm pretty much used to it though I would love to be able to stop using it. I've seen various ads on TV about chin straps and earlier this year I called to order one. An unusual salesman called me back. Instead of just pushing the sale he talked to me and asked me some questions.

We had a good conversation and he said he wanted to be honest with me and didn't think a chin strap would help me breathe as well as my cpap. He said it was very good for snoring and though it was marketed to also help sleep apnea he suggested I ask my doctor. So he was honest, didn't make the sale, and I suspect probably doesn't work there anymore.

I asked my Pulmonologist's PA (physician's assistant) about switching to a chin strap after using the cpap. He said it usually didn't work well when someone had been on the cpap for several years, was a mouth breather, and had other problems (AFib and asthma). He also mentioned something about after using the machine our muscles become weaker and dependent on the pressure to breathe well.

I never heard this before but as I'm doing well on the machine with good lung function I'll stay with the machine. But I'm always hopeful that soon another less bulky, uncomfortable system will come along to replace my 'Darth Vader'mask.

If you purchase it I would be interested to know how effective it is. Wouldn't it be nice not to have to cart our machines around everywhere we go overnight?

I use a nasal mask so the chin strap was to keep my mouth shut, otherwise I still snore and end up with a very sore throat - I was not thinking of instead of CPAP.

I was also wondering if I may do better on Bi-Pap now as I also end up swallowing a lot of air which gives me stomach pain in the morning and I think that may be because of the weaker chest muscles caused by the Myasthenia.

Good point. I need the face mask. Also re Bi-pap I believe some machines are built to work either Bi pap or C pap. They are that way in the hospital but now there are home models. Take care. irina

May be a silly question but how do you work out how many AhI you are having if your not sleeping because if your not sleeping you cant be snoring. some times I look at the machine when I have had a really sleepless night and hardly slept and feel exhauted and the AHI is 15.6 and when I feel as if I have slept its lower. surly if you not asleep you cant have apnea

CDreamer in reply to heartbeat4

I’m rather confused about your question?

What is Ahl? What machine are you using?

SA is because your sleep is disturbed because your O2 dips which wakes you from sleep, even when you think you are asleep - you are only in a very light sleep. Whether or not you snore is not relevant, although snoring may be a symptom.

I use a chin strap to keep my mouth closed so my CPAP is effective. Chin straps are not often effective to prevent snoring.

Sorry for the confusion.

CDreamer in reply to heartbeat4

Aaah... interesting. I also have a NHS machine but it is a ResMed and only gives me read out of how many hours I’ve used it. I also use an app which supposedly measures the depth of sleep and I have found that quite accurate and in sync with how I feel. It also syncs my light sleep with when my husband snores and it records that for me to play back to him - although he is still in denial despite the recorded evidence. Mine is variable not fixed pressure and tends to average around 12-15 pressure and I have no other information - it is set for a maximum pressure of 15 and some nights it is on that most of the time. At first it felt as though it was not high enough but they wouldn’t increase the pressure - now I would quite like it to be reduced.

only reasoning I can use, is AFIB is an electrical problem, so maybe the heart chest straps dont...

Suggestion for those suffering from anxiety

this time. When I noticed my HR was a bit higher than usual I tried doing my Tai Chi breathing -...

Any one else suffer with afib in they’re 30s?

thoughts can dominate the AF never let AF dominate you. We can win this war.

Thinking of you all...

Anyone suffering with Permanent AF

This is my first post having been just diagnosed with permanent AF. I have been put on 60mg...

Has anyone out there had my problem.