I’m feeling a bit miffed, I have been discharged from my hospital but I never had the 3 month post ablation check up as indicated originally. My atrial flutter has returned with avengance much worse than ever and now have to go back to my GP to start a new referral process which if like the first time will take months. I am now in A Fl almost constantly since last month whereas the mild symptoms I had before ablation never lasted longer than 2 days. Feeling concerned and exhausted. Is it normal these days to be discharged 4 months after ablation without a follow up! 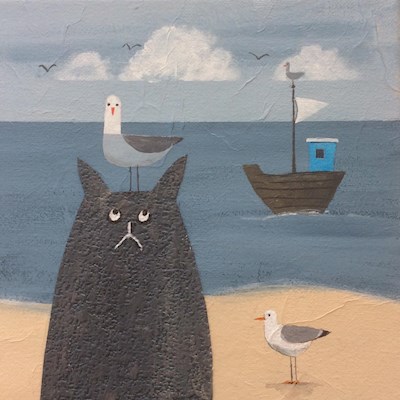 Jamjarjan
To view profiles and participate in discussions please or .
Read more about...
14 Replies
•

Just a footnote to the post I just sent.

I have just been told that I there is no follow up appointment after Flutter ablation, only done for Fibrillation. I didn’t know that! 🤭

You are right to feel angry. You seem to be a victim of NHS administrative bureaucracy which puts protocol ahead of priority.

The key players are the arrhythmia nurse, your EP’s personal secretary and your GP, the last of these can pick up the phone and ring the consultant. Consultants always respond to GPs particularly if they do private practice.

If all else fails, go to casualty when you are in flutter, and insist on seeing the cardiology registrar. Be prepared in case they want to cardiovert you, which means nil by mouth for 6 hours. Your anticoagulant control is OK hopefully?

I had a flutter ablation last October and although I didn’t see EP, I had a follow up telephone appointment at 3 months with arrhythmia nurse to make sure all was ok, if it hadn’t an appointment would have been made with EP. Was discharged but told I could contact arrhythmia nurse any time by phone or email. Doesn’t sound right to me, I’d be angry too.

Yes, I have just discovered that they don’t have follow up appts. For Flutter, just the phone call during which I said everything was fine. A week later the situation changed and I am back in flutter and have been for nearly 3 weeks now. They will sort it out no doubt. I panicked and jumped to conclusions which is one of my failings!

That's disappointing on many levels.

My first reaction would be to telephone or email your EP through his secretary. At least it might speed things up.

Hope you get sorted soon

Thanks, I have now phoned them and they are going to sort it. It seems for A Fl they omit the post ablation consultation and only do it for AFib. Not such a complicated procedure apparently. However, now I have gone back into Flutter they will see me, I hope.

Jamjarjan in reply to FlapJack

Thanks, I’ll do that. It’s so handy to have this site for communicating with others in the same boat. It’s like having your own personal consultant 👍

Get back on to the Hospital and ask to speak to your consultant's secretary and tell her that you did not get a follow up appointment, I would do this rather than rely on my GP

Yes, I have now done that and it is now being sorted. Thanks for the advice.

Whenever you are under a specialist or consultant it is always a good idea to contact their Secretary, they can work wonders lol

Glad to see you are on the way to seeing someo ne,I understood that flutter ablation usually has good results 95% but there is the 5% where you might need a t op.up proceedure. Hope your sorted soon. Best wishes x

Thank you, maybe a 2nd ablation. It’s a waiting game, being an impatient type, I want everything immediately but I know that’s not how it works! 🤨

Keep on wanting it immediately, it's the only way!

after my ablation. I do expect flutters for a while as he told me it would be up to 6 months for...

be having a follow up two months after my successful (touch wood) ablation. Can anyone tell me...

first 2 months - shortness of breath and fatigue. Then one day everything changed as if I never...

post ablation) with instructions to phone arrhythmia nurse specialist if the af returns .

Keys to a successful ablation?