Test reasults are back ❤️: Well as a... - AF Association

Echo scan: excellent pumping chambers , no signs of any damage or heart disease, left atrium has reduced in size but still is enlarged, slight mild leakage is still there from the mitral valve but valve has no sign of disease so he isn’t worried about it as it’s very common and if he pulled 100 people out of a crowd 70 would have it and not no about it .

Stress test : we had your heart rate up to 157 for 10 minuets and could not induce anything, no AF no SVT , seen a few skips on stoping the test as your heart rate dropped down went very well and reassuring.

48 hour ecg: all in sinus no sight of AF or SVT some ectopic beats 3 in a row but others would not have felt them but you are super sensitive to them so this reading is very reassuring to.

He also said he was ok with stopping my blockers now if I felt ready , it’s day 2 off them and considering I stoped from 10mg strait off before my ablation procedure and had a ruff 2 days I am feeling just as bad as that today from stopping 2.5 😩 shaking like a leaf and feel out of it and very spaced out 👀🙀 I see my EP next week and we will talk about everything and the warfarin. I will continue with warfarin for the next few months as I need to see how I go off these blockers first . I want that cover there in case I do go back into AF . I asked about my left atrium as this was a big concern of mine and he told me it was severely enlarged before my ablation procedure but has decreased in size and not to worry about it as it may not go completely back to normal 😔 but he has said he will keep an eye on me and can still have scans to check as he knows about my brothers death . 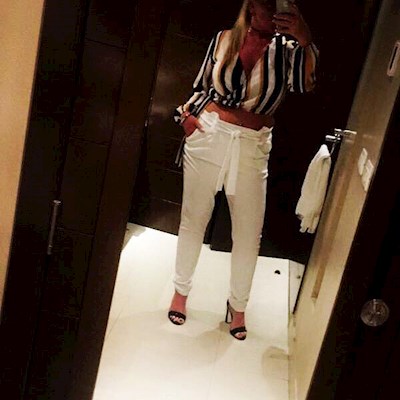 Sam72-
To view profiles and participate in discussions please or .
Read more about...
14 Replies
•

Doing well Sam . I'm proud of you. Bit of a success story compared to how you were when you first arrived here.

Thanks mikee but not out the woods yet with this one coming off these blockers 😩🙈🙀 did not realize how they effect the brain as well as the heart? I no they stop adrenaline and so on but as my own is kicking back in today I feel like I am on another planet gawwwwwd 😩😩😩

Sam72- in reply to jeanjeannie50

jeanjeannie50 in reply to Sam72-

Despite your Bradycardia I think that in view of the fact that you get such bad side effects it would have been best to go down to Zero Bisoprolol in steps rather than cold turkey.

Your results look really good it is so good that ultimately the ablation has improved your QOL.

Sam72- in reply to pottypete1

Heart rate is still in the 50s and only going up to 67 moving so I will see what happens today, if I feel uncomfortable or worse I will go on to half a tablet 👍🏼 blood pressure is good 👍🏼and thanks Pete still not out the woods as you no x

It never leaves us it is a matter of good management of your condition with hopefully the help of a good EP.

Sam72- in reply to pottypete1

better off the warfarin as the risk of bleeding. I also found a lot more out about apixaban and the...

SVT back after ablation?

going into heart block during the procedure. I've had a few little bumps etc since but no SVT....

consultation but very scared about the ablation. Think I will give myself some time off from...

How Long Does It Take For ‘Moderately Enlarged Left Atrium’ To Revert Back To Size?

the enlargement has shrunk - so as to not require the catheter ablation at all and be taken off...

Suddenly back in AF.

number of years...i have had AF for about 10 years and had a chryo ablation 1st which made no...

Dr Wolf and the Maze procedure