Hello! I posted about a week or two ago about an upcoming visit to my 14-year-old son's pediatrician. We had noticed some major changes over the last few months, and he went from being described as "a great student" by his teachers to failing every subject. His doctor put him on a combo of concerta 27mg (He has been taking that since 6th grade after coming down from 36 mg due to side effects.) I've read some promising studies, so I am hopeful. The doc says it will take at least 2 weeks to see any impact. Does anyone have any experience with this combo? Were there any major side effects? Did you see a drastic improvement? Some of the issues we are facing are unorganized, forgetful, defiant, impulsive...things we've always dealt with but they are AMPED up lately. 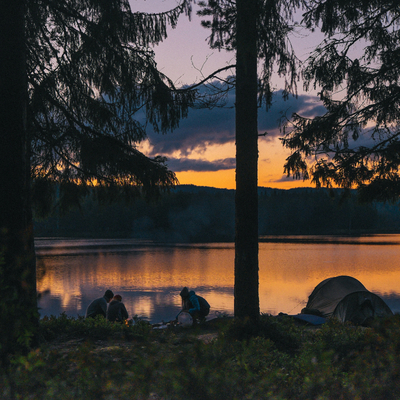 spookyscaryskeletons
To view profiles and participate in discussions please or .
Read more about...
4 Replies
•

Hi,My 14 year old so tried Stratera by itself for about 5-6 months with no change. It apparently only works for about 50% of people with ADHD. We saw no improvement. We recently switched providers and our new doc immediately took him off the Strattera and put him on Concerta. We have only been on it a few weeks but I'm seeing some improvement. My son just does not want to be on stimulants anymore so some days he tries to skip taking it. He doesn't like the side effects he sometimes feels which don't seem really consistent. It is really hard to tell if he is just being a moody teenager or if it's the meds. I struggle to get a read on him. He was an angsty adolescent before we switched meds. This age makes it really tough to get a good read. It was much easier when they were little.

To answer your question, I have never heard of the combo. We are only taking the Concerta which I have heard can effect moods. I think we will keep trying it for a few more months. We are going to start taking a booster dose in the early evening this week too. See if that helps with homework.

It is so hard to figure these meds out. So individual as to what works. I would be interested to know why your MD prescribed the combo?

I'm just trying to stay patient and hopeful that we will eventually find a med regimen that works.

He seemed to think it would really help. My son is also not found of stimulants, so he said we would try this.I read a few articles on ADDitude and some other peer reviewed studies once he did, and it does seem to have a positive impact for many as a combo. Give it a Google search and you'll see a few things. I know it's so hard figuring out the meds. It feels like trial and error lots of the time.

Hi there My 9 year old daughter has ADHD, and was on Concerta 27mg for about 4 months now. At first she had a combo Concerta 27mg and Guanfacine ER 2mg. But the side effects kept her woke up middle of the night and couldn’t go back to sleep, and her mood was up and down Then her dr switched to clonodine instead of Guanfacine , that was more even worse on 10 days; then I took her of clonodine. However she is better now, she focuses and do better in school, her moods are much better than before; she play with her sister very friendly. So I hope Concerta is working for her. She has been on Vivant, then Adderall 10mg, but none of them worked well for her compared with Concerta. Also I think and hope that will last long with her ages with her behaviors change since she is getting older.

Good luck with everything I hope that would work with your son too.

Concerta has always worked pretty well for my son as well until 6th grade, when we adjusted the dose down. He is now having more issues, so the doc added the new med. I was really hoping to just try the next higher dose of concerta. Good luck with your daughter's meds, and thanks for the feedback!

Hi, my son is in Concerta 18mg for two weeks now. He is in 9th grade high school. The stimulant...

I would love to hear some positive stories about how Concerta has helped your child/family/life!...

My son just went from Concerta 18mg to 27mg today and he said he felt fine all day. It wasn't until...

One Month on Concerta - High Emotions

optimized his dose, so we keep increasing. But with each increase, I see a litany of side effects I...

started him on Concerta 18mg for two days and I couldn't see any changes so as directed by his...