Has anyone tried Adzenys yet? Our son who is 7 just stopped taking quilavent bc it gave him a 5 hour erection. They are trying this now. Any thoughts? Thanks. 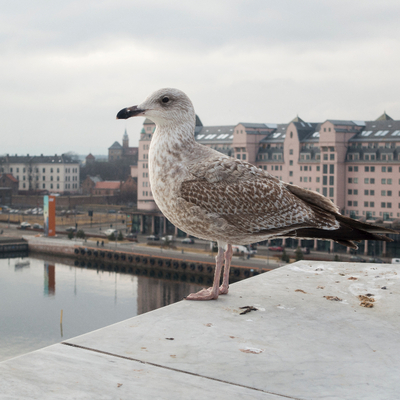 Sp8graphics
To view profiles and participate in discussions please or .
14 Replies
•

Omg! We are going to try Concerta tomorrow for the first time. Im doing it on Saturday when there is no school so we can be home. Im so scared. We have been on adderall and it worked ok. Just sometimes he was sad a little. And the doctor said that we can try concerta and dosage is little bit bigger. Now im not sure it was a good idea. I will see tomorrow and maybe we will return back to Adderall. Just afraid of nagative affect

Sp8graphics in reply to Embroidery77

Good luck. I’m on concerta myself. I like it. I’m 48 though. No side effects that I can see. I think there is less side effects with that than other meds. I would look into lions mane mushroom supplement. It really helps with “the blues” I guess you can say. I swear by it. Good luck.

My daughter, 12, just started Adzenys a couple weeks ago. She had been on Adderall with no effect. First of all, it was extremely hard to get but I found 1 pharmacy whose wholesaler had 1 box. Then the insurance...without coverage the cost was around $500/ month. With insurance that came down to just over $100. The pharmacy found a coupon so we got it for $15. Will need a new rx each month in order to use the coupon. So this pharmacy more has 2 more months worth for her, after that who knows about supply or if the coupon will still be available. So I was hoping it wouldn't work, and we could try something less stressful to acquire. But, of course, it's actually helping her. She noticed she is less hyper and it seems to be helping her keep her poop in a group at school (I should mention she is also autistic). Only side effect so far was some afternoon headaches at first and she has a hard time getting to sleep, just like with Adderall. I'd read it is the bioequivalant of Adderall so I asked the pharmacist why it works differently than Adderall. He explained that this drug is just the amphetamine and Adderall is that plus a couple other compounds that target different neurotransmitters. Hope that helps! Best of luck.

thank you for responding and helping

My son tried Adzenys. It's an "adderall" type medication, and he didn't do well on stimulants overall, but this was better than generic types, and I liked that it came in both a meltable tablet and in liquid form. My doctor had a coupon that reduced it to $50 a month as well.

Sp8graphics in reply to MomofOne13

thanks for responding and giving me some info

My 17 y/o daughter has been on Adzenys for at least a year. She does well with it. Like the others have indicated, the main problem with this medication is getting the RX filled. Walgreens seems to always have an issue ordering it. Thankfully one of the pharmacists now try’s to keep one extra on hand for us.

thank you for the info

We tried adzenys when my son was 6 and in kindergarten. It made him appear “strung out”. He’d get terrible dry-mouth, his pupils were dilated and he’d be agitated and edgy. I almost gave up on meds for him being that he was so young at the time, but we moved on to concerta and have been on that since. It’s been 2 years and it’s not perfect but all the other things that I mentioned went away. Unfortunately, it’s a lot of trial and error until you find what works.

thank you. how does he take concerta? I take that myself. works pretty well. I would think it would have less side effects. Strung out is not good.

It was the first adhd med my son was on. He was six at the time. It worked really well but he needed a higher dose as he got older so we switched him. We had no complaints.

thank you for feed back

My son has been on it for 3 years and has been doing great! Our pharmacist found a coupon that helps us only pay $10 a month instead of the $50 through insurance. We do have to start over each year with the coupon. My son is able to focus better, and this doesn't affect his appetite nearly as bad as the Adderall did.

Sp8graphics in reply to Wendy964

Thank you for input. Thats great to hear about the eating. our son is very skinny to begin with.

Strattera and cursing, sassy and aggressive

wondering if anyone found that these things got worse with Strattera and if so what did you try for...

Child wont move on after told \"no\"

physical trying to bully us into giving him what he wants, or just tries to go do it anyway.

Heard of or used Accentrate?

all for trying new supplements to help moderate mood and behavior. But curious if anyone has heard...