Hi I am new to the board and an quite worried.

I am in my 5th week, and have some spotting and light bleeding. I also have 'twinges' (not painful, just like bloating/pressure) in my abdomen.

A couple of days ago at work I (I had no bleeding) I got a mild pain on my left hand side and rang NHS direct, who terrified me and said I had to go to A&E with a possible Ectopic. When I got there, the snr registrar confirmed that (a) it was too early and (b) a mild ache that goes away, with a feeling of bloating, are normal.

When I take pregnancy tests, they only show results in the early morning (which led to a scare at the hospital).

I have an appointment with my GP for Monday, for the light bleeding. She said only go to A&E if the bleeding gets severe or I experience pain.

But I am very very anxious. 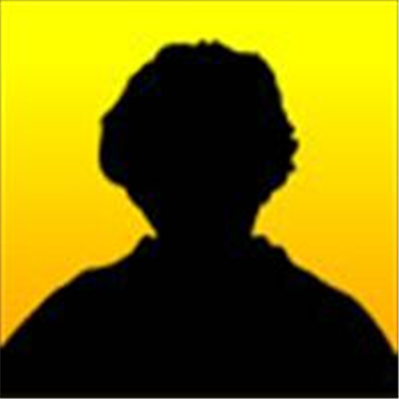 squizita
To view profiles and participate in discussions please or .
11 Replies
•

Apparently it is quite common, as the embryo gets attached in your uterus. I had some spotting around 10 weeks in my second pregnancy, went to my GP, and she gave me advice only. She said they wouldn't bring my scan forward, but I shouldn't worry too much. If I had miscarriage at that point it would be a lot of blood, and really bad pain (my friend said pain is so bad, you are not even able to move). I am 28 weeks now, and all is fine.

Try not to worry too much, as that will definitely not help, but can only make you more stressed.

Yes the Dr at A&E said if it was a miscarriage or eptopic it would be very painful and I wouldn't need to ask. But I am paranoid I guess.

Yes, I understand. I was very worried too. But then if it was not meant to be there is not much we can do. Try to relax, and not to think about it too much (easy for me to say that now, but I was panicking too)

It might just be a implantation bleed, some women get it in the first few weeks of pregnancy, havent myself but know its common. Try no to worry too much, i know its scary. If you have any worries just call your midwife. Hope this helps.

I am also 5 weeks pregnant. I had some light bleeding and tiny clots on Thursday afternoon and some pain. I miscarried in July so rang my doctor straight away who sent me straight to a&e. I didnt think it was necessary but they have been so thorough and reassuring. I had blood tests and I gave a urine sample and i had an internal examination. It was a bit inconclussive but they gave me a direct phone number i could call if i had further pain or bleading. I have not bled or had pain since, just twinges and small discharge, I went back today for further blood test and they said my hormone levels were rising but a little under what they'd expect but this can be normal too. I am have a scan on Monday but this may not show anything so they've said it may just be a waiting game. I hope all goes well for you. Best wishes.

squizita in reply to hoops38

Thanks. They couldn't even get a positive at my hospital (they suggested re-testing with morning wee, I did and was positive) and they didn't give me a phone number or anything, but my GP was very reassuring.

most likley its just implantation bleeding... Im nearly 11wks nw and im still gettin twinges and few weird pains but apparently its normal and just growin and stretchin pains.... Unless ur cryin with pain i wudnt worry oh and i saw my babys heart beat at 6weeks

Sadly it was a miscarriage.

I suppose in a way it is lucky I had bloods done at A&E, as the pain was/is more on the left (hence ectopic fears), so the hospital were able to do both the scans and a second set of bloods and confirm that it was not an ectopic (or if it had been, it had stopped growing before damaging any tube and would dissolve away). My HGC is now totally 'non pregnant', although I am still aching and bleeding, which they say should subside in 5 days or less.

Hi Im on my 5th week of pregnancy and I see spotting today. I am scheduled my first check up nextweek, I was so worried since I am 32 yrs old,. Pls help calm myself.Thanks guys,.

Sisi14 in reply to tangerin23

Hi Hun what colour is the spotting ? Have you got any pains ? Your age is fine hun ! Try bed rest and fluids today xx

stress and excited, however 1 day later I got my period it was light and went heavy. I went to the...

there in my urines. This is my 2nd pregnancy, 1st one was ectopic which was t removed after 8 week...

normal to get light town discharge when wiping with the tissue at 6 weeks pregnant. When I hold the...