My LG is 21 weeks and has her last feed around 830/9pm from this point she sleeps till around 3am while she has dropped her 3am feed she still stirs around then and continues to until she wakes sometimes I do take her out of her cot and we co sleep.

Any ideas on how I can encourage her to settle and sleep through all the night? 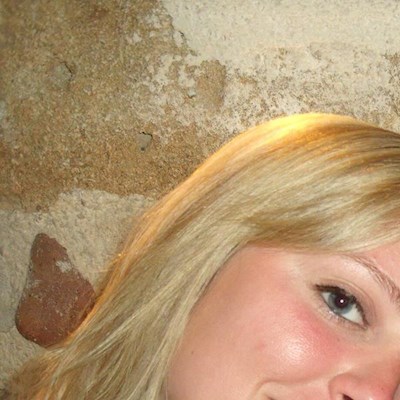 mrs_m_shizzle_dizzle
To view profiles and participate in discussions please or .
16 Replies
•

My daughter is 40 weeks and still wakes 3 times so if you find the secret I need to know it!

How often does she wake up?

What made you decide she was ready to stop the night feed? Just wondering if she’s actually still hungry as many babies do feed in the night at this age (I know some don’t but mine did).

This probably won’t help but mine didn’t ‘sleep through’ until 14 months and even now at 16 months he still wakes most nights. Tends to be worse when he’s uncomfortable from wind or teething. I think my experience has led me to believe that it’s just something they do in their own time and all you can do is just set up good sleep habits like making sure they’re not hungry or in pain, a consistent bedtime routine etc and things will get better eventually.

Thank you both just wanted to make sure I wasn’t missing anything!

When she stirs she is asleep still but it’s a lighter sleep. When she wakes up wakes up it’s about 5 or 6 am and she wakes up happy and isn’t showing any hints about food. My LG lets me know if she wants food she is very vocal lol I realised it was me waking her up at 3am rather than her. Now she stirs and throws her body around but she’s still asleep. I realised she likes to sleep in an L shape and although there’s loads of room in her sleep bag I think that plus the next to me crib stops her a little as she always rolls to close to the wall of it lol x

I’d count that as sleeping though, I was up three times last night with my 14 month old. I’d love it if she did what your baby does.

mrs_m_shizzle_dizzle in reply to Kata89

Atm I’m pretty much up from 2 it’s really disjointed as she’s asleep but it’s really light and she’s really noisy she’s in the verge of waking. I can’t explain it well from from 2/3 you’re pretty much awake / in and out but we will all get there eventually.

As much as I don’t want her to go in her own room I kind of need her to my husband apart from when mum babysits hasn’t shared the bed with me for about 4 months or so as he is such a light sleeper and at work. Although he does help out with night shifts if I’m ill and at weekends he will do one or two nights depending as well but I would really love us to be back in the same room x

kt_11 in reply to mrs_m_shizzle_dizzle

Really might be worth starting to think about her own room then if she’s not needing you in the night but just causing you to wake. She’s not far from 6 months in terms of safe sleep recommendations and tbh I’d consider that to be ‘sleeping through’ really.

Sleep becomes lighter during the second half of the night and the physiological need to sleep decreases so if you’re sure she’s not too uncomfortable she might just be light sleeper like Daddy.

Kata89 in reply to mrs_m_shizzle_dizzle

Re-read your post. It wasn’t entirely clear to me in my sleep deprived state. Honestly putting my daughter in her own room at 8 months made a huge difference. She’s not sleeping though but we were disturbing her going to bed and then during the night but then she was older. We basically co-slept until about 7 months when I finally managed to get her into her co-sleeper cot then progressed her into her big cot in her own room. What’s your baby sleeping in?

Totally know how you feel! 😂 Little man has just woken up crying just over 1 hour after going to bed!

Definitely had my share of multiple wake-ups although the worst times were those where he’d wake up but not go back to sleep for a couple of hours 😔 Hang in there and make sure you ask for help if you need it. Things have got better for me but I don’t think he’ll ever be the best sleeper...xx

Kata89 in reply to AJBee

It does get better my LG wouldn’t sleep alone till she was 7+ months. We do-slept with her continually feeding all night till that point. I basically didn’t sleep ever

Reading this has made me appreciate my own daughter and how lucky I am as she’s slept through the night since birth and is 17 weeks and sleeps 6.30 to 6.30 ! I had to put her in cot in her own room at 9 weeks as she was too tall for Moses basket and never an issue if anything sleeps better!

get my 4wk old to sleep during the night, I have a sleep next to me cot. She sleeps amazingly...

he wakes up but at night is when he is worse he will wake up every hour sometimes not hungry just...

When will she sleep through

when I'm breast feeding, she isn't sleeping well it's been 3 weeks she goes to bed but wakes and...

otherwise noisy. She does this in her sleep for several hours at a time but only at night she...

Nearly 27 weeks and not able to sleep at night at all!