I am hoping that I am just worrying unnecessarily, but thought I'd get some more opinions.

I had my twelve week scan two weeks ago, and everything was looking as it should.

Since then, last weekend, I picked up a really severe sickness bug and couldn't keep anything, even fluids, down. My drs advised that I needed to keep an eye on my hydration levels, I called them back the next day as my urine was dark but by this stage I could drink water, and they said that as long as I wasn't sick again and my hydration levels improved I didn't need to do anything.

On top of this I have also been put on antibiotics for a urinary tract infection, plus I am on meds for severe morning sickness.

Since being ill last week, it's hard to describe, but I feel different. I might be mad but I thought I was starting to feel flutters, but I haven't felt anything this last week. Also despite not having taken my sickness meds I haven't felt nauseous.

I was so paranoid yesterday that I bought a small heartbeat listening doppler, but I can't hear anything except occasionally my own heartbeat near my tummy button...which had just made me even more worried now

My next midwife appointment isn't for another two weeks, and I don't know whether to just wait for that or if I should call them sooner, and if I did is there anything they can do? 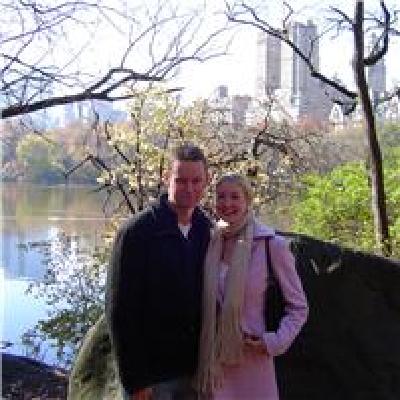 Clairew7
To view profiles and participate in discussions please or .
Read more about...
10 Replies
•

Firstly, you don't know where or how baby is sitting so you probably won't find its heartbeat, even now at nearly 40 weeks the midwife has to try a few different places to find it for my little squidge. Your baby could be anywhere in there as its still pretty small. 😊 you not being able to find it doesn't mean anything is wrong.

Regarding the flutters, you might be right, everyone told me I won't feel anything until 20 weeks and they wouldn't be regular movements until about 28 weeks. I am positive I felt things from 16 weeks, almost like someone was very lightly stroking my tummy from inside. But do remember, even if they are proper movements, they will not be regular, so don't focus on them too much, just enjoy them.

The fact you don't feel sick anymore sounds normal, even though you've been ill, as morning sickness is meant to fade around the 12 weeks mark, though everyone is different.

All that considered, if you want to ring the midwife, it doesn't do any harm! That's what they are there for. I've got an extra page in my notes because of all the extra appointments I made to check things. 😊

Clairew7 in reply to LottyB

Thank you for your reply. That does make me feel better. I think the sensible side of me is saying that it's because baby is still very small and could be hiding, plus I'm probably not using it properly, and I hope the sickness is just on it's way, it lasted a lot longer with my first pregnancy but fingers crossed all is still well and I'll just get a bit longer feeling well this time around x

Katrina13 in reply to Clairew7

This is why I did not buy a doppler and my midwife is totally against them, she says (and I agree) that people do not know how to use them and it causes unnecesary stress.

Just give your midwife a call - they will reassure and advise you, I am sure. x

Clairew7 in reply to Katrina13

Hi Katrina13, thank you. I called her today and she essentially said that as long as I wasn't experiencing any pain or cramps or bleeding then I should be fine. So fingers crossed! Cx

Clairew7 in reply to

Thank you, I am really trying to tell myself all is ok, I just can't help being a worrier too.

I did try the doppler pretty much everywhere below my tummy button focusing mainly really low around my bikini line. It was down to the left that I first found a beat but it was definitely too slow to be bump so guessing it's mine. Cx

It took me loads of attempts to hear the heartbeat with my angel sounds. Try very very low, right ir left, and tilt it almost sideways. good luck, but what i heard is that the body prioritised the baby and he/she gets all he/she needs. Get well soon x

Thank you everyone, I really do appreciate you taking the time to reply. I am going to have another go this morning and have decided I'm going to call my midwife as soon as I can on Tuesday. It sounds completely crazy but I can't shake a nagging feeling that I suddenly feel too well, not even a hint of nausea or reflux, that I've been really suffering in this and my previous pregnancy, so decided I'd rather ask the question, scared myself by reading some people's posts about missed miscarriages at around 14 weeks with no symptoms! Cx

At 14 weeks I had a terrible sickness bug where I couldn't keep anything down. I asked my husband to ring the midwife as I was just feeling so ill and was really concerned about how dehydrated I was. The midwife advised to keep drinking and if I wasn't able to keep anything down at all then to call back. She also advised to not eat anything to starve off the bug. I eventually managed to keep fluids down and I recovered. Then I had the same bug two weeks later and was even more worried. I had started to feel flutters by then but didn't feel anything for a week or two after the bug.

I also bought a heart beat monitor and first tried listening at 16 weeks. I heard nothing and became really paranoid. I tried for a week without finding the heartbeat. I then read that if you try really low down, that sometimes helps and it actually worked. However, the baby is so tiny at that stage that he / she could be anywhere in there! So you may not be able to find the heartbeat or feel anything. I had to remind myself that I was not a trained midwife so I shouldn't worry at that point.

Anyway I am now over 34 weeks pregnant and he is constantly kicking and shoving me. I would make a midwife appointment if you feel worried. They are the experts and are there to help!

Oh and the not feeling bad anymore, I suddenly felt fine at 14 weeks! I went from feeling so ill and tired that I didn't know how I was going to make it through the day at work. Then one day, it just switched off and I felt ok again!

I hope you aren't worrying too much.

Clairew7 in reply to KellyTrip

Oh thank you! That is so reassuring to hear you went through similar, though I hope I don't get a second bug. It's so good to hear you felt similar emotions and had similar experiences with the doppler. I will try it low down, but think I need to tell myself not to worry as you said I am certainly not trained. So reassuring to hear your sickness and nausea just switched off one day, that's exactly what I feel, it's as if someone flicked a switch!

3rd transfer 🙏🤞 so from 6 weeks I've had pretty bad nausea that was lasting pretty much all day,...

I should do anything? I’m a care assistant and one of my clients weren’t well last week and I told...

I am now 27 weeks and for the last three days I have felt really icky. I have been so lucky...

Operation and sickness at 17 weeks!

first trimester with a bit of sickness, which eased at ar 11 weeks. In week 15 it hit me with a...

I'm sick of worrying about all these things. How can...