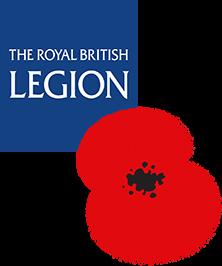 Recovery from Traumatic Brain Injury is possible for the brain by building new neural networks based on surviving memories from BEFORE the actual injury took place.

In my case I was extremely lucky. Before my TBI in Spring 1983 our loving mum had taken my sister Caroline and I to Plymouth, Weymouth, Bournemouth and Poole as well as France and The Channel Islands on many occasions using her Great British Rail family railcard. These memories survived (they were from 1974 to early 1983).

Our loving dad had also taken us up the hill to visit the Croyde Nuclear Bunker where "bunkerman" just happened to be coming out of his hatch. I still remember him inviting us down the hatch into the bunker where he had many tins of baked beans and an air filter. We were getting ready for a nuclear war with Russian in those days!

This vivid memory was from summer 1982. Being brought up in a military family I pledged my allegiance to Almighty God and Her Majesty the Queen at the age of 10 before going the Sea Scouts of Braunton CAEN Troop. These memories explain how I was able to not just recover from TBI but also create my own purpose in life and live a life fulfilling my purpose.

After the incident I was in a coma for a month at Plymouth Freedom Fields hospital and the doctors had suggested turning off the life support but my loving family (my little sister Caroline and our parents) had refused. I still don't know if our relatives from the North in Shipley attended Plymouth but they probably did. Not dwelling on the TBI and pretending I had made a "full recovery" after a couple of months were all part of the "treatment conspiracy". It was a conspiracy of my loving family to keep TBI a secret from me so that I would be forced to recover on my own, it would seem...

Obviously to anyone living with TBI it's not possible to "recover on your own" as we need loving support from our families and friends. Since I was 13 at the time my school in Braunton played an important role. The local education authority even booked me a TAXI to school for an entire term as they said it would be too stressful for me to go on the school bus. At the time I thought this was a bit over the top but looking back it really helped.

Our loving dad wrote to the council to demand the road be made safe but a reply came that this would be "too expensive". Only God knows how these road building officials cost lives but a live cannot have been worth very much since FIVE fatalities occurred since my TBI on that same piece of B3231 road outside Croyde bay NALGO holiday camp. Looking at Google these days the road is better and passing places have been created to slow cars down. A pedestrian crossing has been installed. Action for road safety has been taken during the United Nations Decade of Action for Road Safety from 2011 to 2020. We still have over a year left to make all our roads safe.

Many millions of HEROES died for our freedom to make our roads safe and STOP RISK of TBI caused by imported cars and an imported culture of deadly speed on our roads. In World War One our Great British Railways were bombed and then bombed some more in World War Two. Our HEROES served in both world wars to STOP RISK of bombers bombing our railways and then imposing a deadly culture of death by driving on our island nation.

More recently, since 1973 our European Union membership has forced us to accept millions of imported Volkswagens, BMWs, Audis, Mercedes and Porsche 9-11 Types of unwanted thing. Imported contraceptive pills have been used to limit our population of human beings while cars have been given freedom of movement! All this is incredible but true! How did we let this happen? We made the mistake of prioritising material things (cars) over care for our own families!

It is for these reasons that I learned to cling on to my happy childhood memories of our family day trips to France, Jersey, Guernsey, Weymouth, Bournemouth and Plymouth with Great British Railways and sealink ships. Our family doesn't support The Royal British Legion just to remember my Great Granddad who sailed to France in 1916 to be a "landscape gardener" but so that we can remember better times from 1918 when the armistice was agreed with Germany.

Remembrance of the 1918 armistice in 2018 therefore became my purpose and my key to recover from and living with TBI. Last year my neurosurgeon explained to me that "Brain cells do not recover from damage but the surviving cells can build new neural networks based on memories from before the injury". It is important therefore for TBI survivors to STOP RISK in life and avoid driving and cycling as these are high risk actives that could lead to more brain damage. The head must be protected from all risk.

To STOP RISK all TBI survivors therefore depend on local bus services and safe roads to walk to the bus stops. Many people have far more serious symptoms than me so use wheel chairs and walking sticks. I often loose my balance and need to hold on to a fence or the nearest person on the bus if it is going around a corner too fast!

Everyone can help TBI survivors by campaigning for local bus services and everyone can help our HEROES who returned from all conflicts by remembering 1918 in 2018 so that we can stop the war and finally care for our families and prioritise people over profits. Thank you all very much for reading my story today. 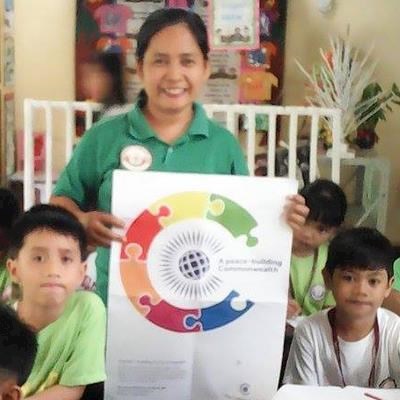 Bright2018
To view profiles and participate in discussions please or .
Read more about...

Secret to my recovery

other products just can not reach!

If you benefit from this information, pass it on!

find people who have had a simalar brian injurie from a accident , And had subdural hematoma and...

Have you seen Recovery?

It's a 2007 BBC drama starring David Tennant as a TBI sufferer. Only found out about it the other...

side of his body is weakened. On the whole he is recovering well but his tirendess/fatigue levels...

The dent in my head