how many has it happened to: just wanted... - Different Strokes

just wanted to know how many marriges have ended after a stroke,am asking this as I think my own marriage will go the same way 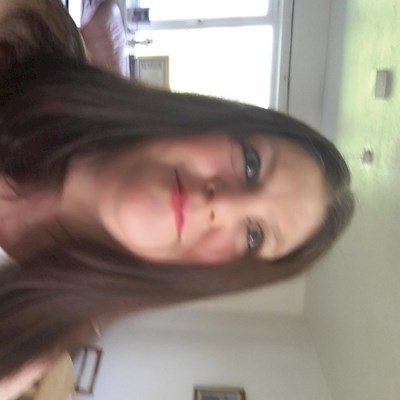 irishrose48
To view profiles and participate in discussions please or .
12 Replies
•

Mine ended after my second stroke as he said my ill health had ruined his life. I'm honestly better off without him, no more listening to his constant bleating. Actually my ill health really isn't that bad, although I recently had a third stroke it was pretty minor as I'm already on Warfarin with a fairly high Inr but this time I could concentrate on me.

My husband suffered stroke in May2015 we had just celebrated our 41st anniversary. I can honestly say we nearly didn't reach the 42nd or 43rd....which has just passed. It was not just the stroke it was his depression and mood swings that nearly finished me. Then on Valentine's Day this year he tried to end his life but I found him in time. The paramedics were my saviours. They saw to him but saw also what was happening between us because of his depression... Their report rang bells and finally got some mental team health help, new depression tablets and finally I can see a glimmer of hope. I have been verbally abused by my husband for nearly two years and was on the verge of giving in, but now I will preserver a little longer and see where we go, don't give up but make sure you are prepared by making a bit of a life outside the home for yourself, just in case you have to leave for your own sanity. Even though things are improving here I still have this life line just in case .....take care and good luck

I don't have the luxury of such a thing. No relationship to start with lol

Hello. My hubby had his stroke in November 2015. I had my second full knee replacement in January 2016.I was home in 3 days on crutches. I explained at hospital that I didn't know how we would cope but all they gave me was a leaflet for home help. I basically just had to crack on and do the best as my hubby didn't help much. I don't blame him, but when I had my first knee replacement in 2011 he was brilliant and I didn't lift a finger. It was then I realised the man I married had gone.

We live very close to a busy bypass which has recently got busier due to another lane being opened. The stroke has made him very sensitive to noise and the road is driving him crazy. So much so that our home is now on the market. Our conversations revolve around the noise, the traffic, where it's going to and why??????? Impossible questions I can't answer which gets him even more obsessive. I don't want to move. I have friends and a life here and am worried that we'll drift apart if I don't have the breaks I get from this life, even just for a couple of hours. He doesn't make friends easily now, where he used to golf and socialise, and I think he resents me having a life.

So in short, NO. Your not alone in this. I hope things look up for you. Keep your chin up. As I got told, it can only get better. Yeah, yeah.

I'd go for the Grant that is designed to make your home easier to live in, such as better sound insulation. Would that make it better for your husband?

Depends how strong it was beforestroke. I am on my second marriage husbands third. We have been together 23 years and he is wonderful as my carer as well as my husband. My stroke came very suddenluy 18 months ago. Prior to thatbinwas a reasonably fit 73 year old. I was left with only a pzralysed arm. And rather weak so was very lucky. After a grat del of conscious effort i can now move my arm. My husband ddid and does everything for me. Helps me dress does some cookingand drives me to the shops. Etc. I could not exist without him and he says the same. I do still get rather depressed and a bit snappy but am aware that johnslife has changed becauseof having to do so much more for me. But we say if it had been the other way around i would Have looked after him that is what love is all about. Try to appreciate that you both need space. Try to get out and meet friends and do new things even if it feels a bit scary. I know i am lucky but try to remember why you married in the first place. Wishing you lotsof luck snd hope things work out for you and remember that life after stroke is not the same as life before. Best of luck. Give your husbsnd a hug and kiss and tekll him you love him.

It's heartbreaking to see stroke survivors abandoned by the one person they, understandably feel they should be most able to trust and rely on precisely when they are needed most. Fred, Mk1 may be gone but Fred Mk2 is not necessarily a dead loss as he'll have his own good points even if it does take a while to rebuild himself and establish what is good about this new Fred

and you'll still have your history, those happy memories of when it was easier for the rest of your life, just working on making new wonderful memories, It CAN be done. My wife died of cancer the year before this stroke but I don't have the tiniest doubt that she would still be by my side if she possibly could and I'm so grateful for the memories I do have

hi guys am doing what needs to be done ,yes I have a new scott not the old one and yes it is very hard scott was always the bread winner and such a strong man.we are moving to a new house in Sutton in ashfield soon that is going to be epic as we in Skegness,i take every day as it comes now his mood swings are the worst but I now just let it go as every day is different .you are right we have spent the last 25 years together and am not going to give up he would never give up on me x so onwards and upwards x

Not me, but close family went through really tough times - they are still together and the last stroke was about a year ago.

Hoping things are easier for you at the moment - just seen your post, know its an older one.

2stroke in reply to 6regor

mine passed on 3 months before my first stroke,we too had a good bond.

I miss her very much now and believe i always will,it was 10 days after our 47th anniversary,terminal cancer.(silently swearing now)

My ex-partner re-entered my life as carer after I came home from hospital. He could have run a mile but instead gave himself unconditionally to looking after me. Our love is rekindled through kindness and compassion.

Has anyone else suffered a carotid artery dissection?

like a 80 year old. I have had no help with my condition and don't know which way to turn. I feel...

Hi everyone, does anyone know of any charities that accept o...