﻿Sickening... we are paying for medicatio... - Cure Parkinson's

﻿This is a critical review by Josh Mitteldorf of a book called "Sickening" by John Abramson, a healthcare statistician with a long experience of analysing clinical trials data. His conclusions can be summarized as "Don't believe a word that Pharmaceutical companies tell you. They are only interested in profits. Drug safety is not calculated in terms of lives lost but in terms of the probability of fines that could impact the profits.

﻿This critical review argues that Abramson goes too easy on big Pharma. The real story is much more sickening. 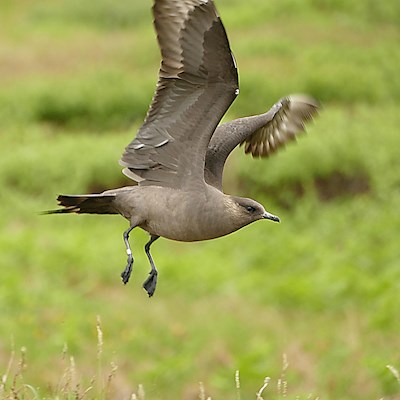 wriga
To view profiles and participate in discussions please or .
18 Replies
•

Indeed, here in the USA, big pharma profits, in relation to patients paying exorbitant rates, is sickening. My wife pays $400.00 a MONTH for injectable Insulin. That has hit a big hole, in our budget! For years, Congress has NOT passed any legislation to help. Corrupt Government policies, where Big Pharma lobbyists pay Congresspeople, under the table, to NOT help their Constituents with passing common sense pharmacy cost legislation! Some citizens have died, because they can’t afford insulin. For years, I have written many Senators, Congresspeople, and President’s, concerning lowering pharmacy costs, and have gotten NO ACTION! Actually, money under the table, speaks loudly, showing that these so called leaders, could CARE LESS about THEIR CONSTITUENCY! Keep in mind, that these Congresspeople/Leaders get 6 figure incomes, so they don’t have to worry, about the costs of medicine!

Lobbyist don't need to pay them under the table. Politicians can keep campaign contributions and it used be tax free.

Last year, Congress was in session just 145 days out of the 261 days scheduled for legislative work. According to the congressional calendar, the Senate at the beginning of this year scheduled seven fewer session days than last year. House members planned for 3 1/2 weeks fewer session days. There is expected to be no work done in the House in the three weeks leading up to the Nov. 6 elections.

Consider who gives tax breaks to the donor class?

MBAnderson, Thank you for your eye-opening reply, and info, from the Forbes article. For a number of years, now, I have suspected corruption played out with the Governor ( former Congressperson ) of South Dakota! This article confirms my suspicions! I wish I could fix all this to help, everyday citizens, like me and my wife, but, as is evidenced in the divisiveness of our corrupt government these days, it may be too late! Thanks again for your remarkable insight!

In the United States we no longer have a government that supports capitalism. As a result of persistent and every widening Lobbying efforts by large corporations, industries (in particular the Pharmaceutical industy) buy influence, stifle competion, allow "gaming" of the system (for example: unreasonable time extension of patents) suppress and pervert regulatory and oversight activities and insure that when there is conflict between individual citizen interests and those of corporate profits, corporations win. There is real truth behind the statement: "In the United States, we have the best government that money can buy."

Can hardly wait, carry on.

For some additional detail see my writing here:

How Big Pharma pollutes the scientific record and propagandizes doctors.

Fosamax, is associated with "atypical" fracture risk. Statins are effective but dangerous.

Vitamins D and K and a couple of minerals improve bone strength, reduce fracture risk and prevent hardening of the arteries. In so doing they result in better outcomes than both bisphosphonates and statins.

Other hazardous meds and how you can protect yourself.

According to statistics pharmaceutical companies are on top of the leading lobbying industries.:statista.com/statistics/257...

It is the best financed lobby on Capitol Hill and are pulling the strings.

Gioc in reply to faridaro

That's nothing, you should see their spending in propaganda with doctors and even on social media like this to act as a counterpoint to posts against pharmaceutical product or to denigrate any other alternative no pharma.

faridaro in reply to Gioc

There is a website with a database where you can find out how much $ your physician (US only) received from pharmaceutical companies. It provides data up to 2018 and I was quite shocked to see the numbers for my (now former) neurologist. He received payments from 19 companies for promotional speaking, consulting, travel/lodging, honoraria, food and beverage $493,580 in 2017 and $540,183 in 2018. Also, pharmaceutical companies pay for physicians' continued education which is conducted in luxurious resorts - one friend (pediatrician) shared about how him and his wife spend time during those events, so you are absolutely right - many doctors are indoctrinated by pharma.

Here is the website showing "How Industry Dollars Reached Your Doctors"

MBAnderson in reply to Kevin51

Excellent - everyone should watch this

The medication is not designed to cure or reverse the symptoms of Pd. The only way you can get away from the medication predicvament is to start doing fast walking, if that is possible.

Our government is captured. The way we fix this is to stop buying their [pharma] product. Learn about plant medicine because the supplement industry is in their cross hairs and they will stop at nothing to protect their business model.

If PD doesnt kill you us why do we keep dying from it?

essayist died due to complications from Parkinson's disease at the age of 87 in her New York City...

Today we announced that the US FDA has cleared IND applications for 4dpharmaplc’s LiveBiotherapeutics MRx0005 and MRx0029, Phase I

treatment of #Parkinsons, and Phase I trial in patients is expected to commence mid-2022 MRx0005...

learn about your disease. Shortness of breath, a 'wearing-off' symptom in Parkinson's disease. Khan...

What I've learned about Ashwagandha