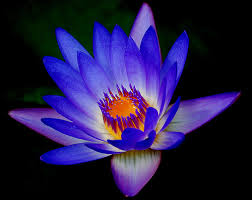 I have had Parkinson's for 16 years, dxn'd at 28. Up until this past year I thought I understood PD, as well as could be expected. Then this last year my body responds differently, After battling Cancer and a near fatal car accident. not to mention several loved ones and close friends passing on, my PD seemed to get increasingly hard to control and things that used yo work for me in order to get tremors and "off" periods symptom under control, don't work as easily anymore and the rough days are out weighing the good.

I have so many new questions......like what is the longest you have been able to go in between your main PD med? (Sinemet, Rytary, Stalevo, ect). I didn't know a person on Rytary could go 8 hrs pill free and function like normal.

Have others had issue with Rytary not working due to anxiety?

If you know you have enough Rytarty in your body to work, why is it so hard to get it to work constantly?

Have you ever heard that PWP that have had it doe quite awhile develop Dyskenesia?

The longer you can space the time between taking your meds the better you feel? more like the old you before PD?

How do you know you were diagnosed correctly? If you really have PD or some other nuero disease?

Have you become extremely anxious?

I feel lost and confused!!

It would help people to reply if you posted details of your drug regimen: time, drug, dose for each time you take a pill. Any other medical interventions? What is the symptom that causes you the most harm?

I take 4 capsules of Rytary 145mg every 4 hrs. I also take for anxiety Ativan, Valium and Buspirone, Baclofen as needed for muscle spasms, Propranlol for Tachycardia, Tylenol 400 mg as needed for pain. Apoykin shots for PD and an anti-nausea meds because the shots make me extremely nauseated.

I don’t have all the answers by a long shot but have been on Rytary for at least 3 years. As someone said to me the highs are really high and the lows were really low. The Dr is giving me regular Sinemet to supplement and I think when i see my neuro again in a couple months I will switch back to Sinemet completely. My neurologist considers Rytary to be the best drug on the market. Rytary has never worked 8 hours for me . 4 to 5 hrs at best

Darkflower in reply to ConnieD

ConnieD, have you ever experienced 7 to 8 hrs of peak "on" time with any of the PD drugs? I usually only get about 4 hrs w/ RYtary as well except on rare occasions when I suppose everything was in perfect Alignment and my anxiety (which has gotten way out of control) and I think my Rytary makes my anxiety worse and it usually bottoms out towards 4 hrs.

I don't like how Rytary bottoms out at the first sign of stress and worry. I have exhausted options all other med options though after 16 yrs and a few years ago i tried to go back to Sinemet and it still wasn't working for me anymore. hat was a few years ago so maybe i cold try it again?y

I still am in shock over the Rytary lasting 7 hrs.........i didn't think it was possible for a PWP to go that long with no side effects. Have I just been in the dark? I will admit my anxiety is way over the top. It is by far the worst my DRs have seen and express that to me often. I realize this does not bode well w/ having PD and have tried everything from anxiety meds, anti-depressants, counseling, psychiatrists, hobbies and I even took a mindfulness thinking class for 6 weeks. I have tried Chi-gong, meditation an Bio-feedback. I have improved but still not anywhere close go getting control pf my anxiety. The strange part is when I am able to get a full night sleep and I wake up and the meds are clearly out of my system, that is when I feel the best and most like the old me. Sometimes I think that maybe i was mis-diagnosed and instead of having PD, I have some sort of anxiety disorder?

When my tremor got really bad it was right after a chain of stressful events happened in a row over the course of approx 5 years. My Mom passed away from ALS when I was 17, my 12 year relationship with my Highschool sweetheart and first love ended after being engaged and living together for most of that 12 years. I was injured on the job and had to have back surgery. Then the nightmare of witnessing my Best Friend's Father committing suicide in front of me when I was 23, by taking his life using a shotgun. I was already showing signs of a tremor on my right side, that had went from occasionally shaking to now a constant tremor that seemed to always be there and stiffness in my arm so bad that I could no longer brush my teeth. By the age of 28 i was told i had a parkinsonism and later told it was PD. I went for 15 years until my PD went into this new awful state, only after losing my oldest sister to heart disease, a close friend to M.S., my Father was diagnosed with Dementia and now is in a care, my BF's Father was diagnosed with Dementia, put in a carehome and recently passed, in September 2017 i was diagnosed with Breast Cancer and am just now getting to the end of my Cancer treatment, my BF had an ex-relative stalking him and harassing him, sending death threats. He is now in prison........thank goodness. Then the finale was being involved in a car accident. A women hit my parked car doing 40 - 45 mph, full force, totalled my car and injuring me that was sitting in the passenger seat and seriously injuring my BF that had been leaning against the car, leaning with his elbows on the window frame of the car and had his head partially in the vehicle talking to me and that I witnessed being thrown like a rag doll from the car and up onto the sidewalk. He has been dealing with pain and serious injuries after the accident where he landed after impact on his back and head and lost consciousness and suffered a concussion. Now he does this thing where he falls asleep suddenly, without warning, in the middle of conversations, at work, once he fell asleep while channel surfing for a tv program for us to watch. Everytime he goes to talk to me he will fall asleep mid-sentence. The Dr says it is a form of shock and the falling asleep is his way of his body trying to heal itself. I worry about him driving but the Dr thinks that my BF is ok to drive.

Then the neighbor's dogs killed my BF's beloved cat that he had for close to 20 years, on his front porch by playing tug o' war with him. This happened in front of my BF one morning as he opened the door to leave for work. He called me while it was happening, frantically screaming into the phone what was happening and I got to hear the whole thing over the phone.

I have had enough bad news to last me more than 1 lifetime.

jcavana in reply to ConnieD

My mom is in her first week of rytary from sinemet. She took 4 sinemet pills a day. Her rytary dose is 95. The doctor had her gradually increasing this over 10 days to see what works for her. She is now up to 3 pills at 4 times per day but says when she wakes up around 4:30 she feels awful and has difficulty moving. This did not happen on sinemet. Her last dose of sinemet was at 5 each day and her first dose was at 4:30-5:00. Her energy level is low in afternoon so doctor switched to rytary. How long did it take you to find correct dose?

Were the sinemet 100 or 250 levodopa? There is call service under Rytary that you could talk to. Women sometimes need less due to lower body weight and quicker processing time.

Stress and anxiety will definitely aggravate your PD. It would be worthwhile to do whatever you can to reduce your levels of stress.

How do you recover from stress like this? I truly believe i am experiencing shock of some sot but can't seem to find a DR that will help me cope. I just sit and shake most of the time and have this attacks on my body where the muscle's spasm and twist me limbs in uncontrollable muscle spasms and bend my neck backwards until you can gear bones cracking and popping. My Nuero hasn't diagnosed what it is exactly. For the first several years I was told it was a dystonic-like reaction to my Parkinson's meds and to take Benadryl to counter act these affects. I have been told that by more than one ER DR but my nuero says BENADRYL is bad for people with PD and not to use it.

Does anyone have any ideas what is going on with me? or what can be done? I apologize for writing a novel but i am at my whit's end, and need some help. Please.......... i am not a bad person but seriously feel under-attack and that God may have forgotten me or just hates me.

ConnieD in reply to Darkflower

You have been through extremely stressful situations in your life and I am so very sorry you have been through so much!! First please remember God loves you deeply, he is not punishing you in any way!! Sometimes we feel Gods presence so tangibly and other times we may not feel it at all but it doesn’t mean he’s not with us! In fact he is closer than ever during those trials. God never pushes himself on us but wants our love and wants you to turn to him and reach out to him always but especially in the dark times. I have to go but will private message you later! Do not lose hope! You are stronger than you think!!💗💜❤️

effects stopped. I have about given up on treating the tremor with meds. Does anyone have any...

Not enough dopamine for Dystonia vs. too much dopamine creating fatigue and daytime sleepiness.

struggling to find the right mix of meds. been working closely with my neurologist who is very...

subject I've been working on for a year now. The basic research has been going on for 20 years. The...

putting a long body pillow between us for protection. He had started melatonin at 3 mg, increasing...

health for my colon and don't have to go back in for colonoscopy for 10 years. But regarding my...

Much of What We Have to Fear Is Fear Itself?