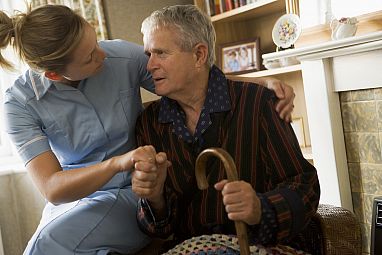 A groundbreaking study from NIH highlights that the immune response activation and trigger by the deposit protein of alpha- synuclein which forms lewy bodies may involve and link to Parkinson disease or contributes the progression of the disease . This protein alpha- synuclein arises during neuronal death or when effected brain cells .

This could make a new avenue to deduce the concrete factors accompanying PD and other related conditions.

That would classify it as auto-immune disorder, which would be a major change.

Also, the 2 PD candidate vaccines may help PD, aside from A-Synuclein suppression, because by eliminating A-syn with antibodies, it also "quiets down" immune response to A-Syn.

Of course all this is just human logic, and nature has a way to always surprise us, it has its own rules that are so hard and slow to find,

If only there was just an owner's manual for the this Bio-Electro-Chemical machine we are stuck in !

At least to deftly find the appropriate way of reaching how to halt aggressive immune-response and understanding the complex circuit of these mechanisms will turn into a new forward of personalized treatment . PD is a puzzle malady ! But trying to step up and elicit will contribute finding the surpassed medicine near future .

I wish I could understand what this article is saying!

John, you often talk about GDNF, but never heard of A-Synuclein ? This study links immune system response to A-Synuclein.

Speaking of GDNF, read the following text and BE AMAZED !

* Caution to self, now John is never gonna stop telling me to FAST-WALK

"But shortly after, Gill and his colleagues made a tantalizing discovery. One of the patients in Gill's trial had died of a heart attack, and when the team carefully sliced the man's brain the researchers saw something amazing. Neuronal fibres had sprouted in the patient's putamen on the right side, where the catheter had been placed3. The man had described a huge improvement in his quality of life over the 43 months for which he received the drug. To those in the field, the message was clear: his brain had been healing.

This is a 7 year old article about GDNF.

DELIVERY is the issue, and the small biotech co. they are talking about lost all funding and is not getting any more !

This is probably going the way of GM1 glycoside I wrote about. "Investors" want to put tons of money into something, fast, and expect returns fast. This is not the objective, a Cure or good treatment that puts a stop to PD should be !

i'm well aware of Dr Gill's study and the findings. I am also aware of Alpha Synuclein and how it affects Pd.

While the eggheads are looking for a cure for Pd, we know that GDNF appears to repair the damaged brain cells, or replace them. So why are we not spending millions of dollars on looking for a way to get te brain to produce more GDNF, after all, it is a natural protein produced in the brain. ainvestors are more interested in making money out of finding a way to insert GDNF into the brain.

If people were more interested in healing common health problems like Pd and Alzheimer's the money saved would be far greater than the wasted costs of looking for ways to insert GDNF into the brain.

This is the world we live in John, unfortunately !

of chronic but manageable disease.

By the way, why are you so sure GDNF is what's at work in your fast-walking method ? Makes sense that's what it is, but the immense complexity of human biochemistry can often surprise us.

Do you have any proof of it ?

Hate to be morbid, but since we all going to depart this world, have you made any plans to donate your brain ? I am not a researcher but if I was I would want to know what kept JP symptom free so many years.

Imagine they find no traces of Lewy Bodies or A-Synuclein and declare you - not a PD case - like that neurologist did years ago.

Having been a businessman most of my life I am aware of the need of the drugs industry to stick to producing medications dealing with symptom management. I don't hold this against them. It s not illegal but good business.

I am in the situation, like a large number of other people, who WANT A CURE for Pd! The only way we might ever get a cure is to bring about an awareness of:

1. The nature of all existing Pd medication not doing anything to slow down the progression of Pd

2. The need to find some other way to slow down the progression of Pd

3. The resolve to commit ourselves to following the path of those ways that have been shown to slow down the progression of Pd.

Your question why are you so sure GDNF is what's at work in your fast-walking method ?. This is my response:

1. For the first two years after diagnosis, I took sinemet and syemmetrel as the only medication.

Hi QNTT for some reason I was flicked out midstream of my response, so picking up where I left off in the answer below -

3. My symptoms got worse at a faster rate than they had for the previous 29 years, which was in 1963, when my first symptom appeared.

4. In 1994, when I gave up going to the gym and stopped taking the sinemet & symmetrel, within 4 months my condition started to get better. My performance improved from over 10 and a half minutes per kilometre to less than 9 minutes, an improvement of nearly 15%

5. The number of weights on the machines had come down to an average of 4 from an average of 10 and the settings of the bicycle and treadmill had also come down by over 50% since the mid 80s.

6. Only two things in my life had changed in 1994, I stopped going to the gym and started doing fats walking and I changed to an MAO-b inhibitor, Eldepryl.

8. I adopted a positive attitude towards the way I dealt with my Pd, from abject fear to positive action.

9. I upped the amount of mental stimulation I was getting/

So my bet is that all of these actions brought about the change in my condition, so take your pick. The GDNF trial in Bristol improved the condition of all of those 6 patients. GDNF is normally produced in the brain to repair specific damaged brain cells. My GUESS is that pushing myself with fast walking makes my brain produce the GDNF. The only way I have to prove this is when I die, my brain has to go to a place where they will do an UNBIASED assessment of my brain. That is going to be a difficult job. If the examination is done in the hospital nearest me, where the head of neurology has openly tried to persuade Pd patients that I DON'T HAVE PD, but who has never examined me, then what do you think the result will be? If I am able to leave instructions to send my brain to a facility which is not influenced by anybody with hidden agenda or VESTED INTERESTS, then we might get a useful answer.

Do you know of anywhere that can be trusted to do this?

meeting. \\\"What's more, the protein involved in Parkinson's disease, α-synuclein, is elevated in...

Vitamin B1 use instructions :

Constipation due to Parkinson’s