I started Symbicort back in 2000. My situation was complicated by mild asthma and light smoking. My maladies at the time were put down to smoking but I was young and foolish. I stopped smoking anything in '03 but continued to have bad symptoms of congestion, cough and rhinitis.

I continued Symbicort to 2015 while still suffering from the same respiratory symptoms which included mild pneumonia once or twice and yearly chest infections. At the time I felt I had a mild case of COPD despite the insistence of my doctors this was not the case.

Strangely I stopped Symbicort in 2015 and have had no chest infections since and a huge improvement in rhinitis. During this period I have been taking nothing for my mild asthma.

I am now back on Symbicort 100/6 due to a slight decline in my asthma. As soon as I start taking it I immediately get relief, alas the next day or so I get bad nasal congestion and my chest gets loose. I feel the same on Oxis but I think I do need a LABA / LAMA.

I don’t feel like this on Becotide so it must be the LABA? I’m starting to link my symptoms to Symbicort.

Anyone else have a similar experience with Symbicort?

I suppose the easiest at this point is to add a LAMA to my ICS... 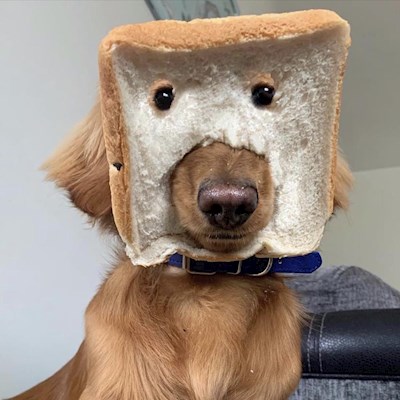 ck101
To view profiles and participate in discussions please or .
Read more about...
14 Replies
•

No, i was fine on it from 2016 to early 2019 I think. Then it was changed as the symbicort [owder inhaler tended to cause mild oral thrush. Apart from that it really helped to improve my asthma. I liked it a lot and miss it.

ck101 in reply to Wheezycat

Yep I felt it did work for me for some time. Thanks for the reply.

I didn’t think so… but reading your question has made me think! I didn’t used to have the terrible chest congestion and sinusitis when I was on pulmicort. But it could just be a progression of disease. Difficult to know.

ck101 in reply to Lynneypin

Thanks Lynne, exactly my situation. I'm convinced it's the Formoterol causing this. I would question why your condition is getting worse, should be getting better with the addition of another component.

I had a bad reaction to Serevent (salmeterol) back in the 1990s when it was a LABA only inhaler. I had to come off it as it made my asthma so much worse that my GP had me on repeated courses of Prednisolone & antibiotics. I was assured the problem wasn't Serevent, but I stopped taking it and recovered quickly. About a year later I read in a national newspaper that the American FDA had banned LABA inhalers because of an increase in asthma related deaths. Subsequently, the FDA authorised LABA/Steroids combo inhalers as a safer option. The official argument to explain the excess asthma related deaths from solo LABA inhalers, patients had failed to take inhaled steroids on a regular basis. Well I knew that I had taken my Becotide inhaler consistently throughout my time on Serevent, so I remain sceptical about this assertion.

I was prescribed Symbicort in the early 2000s, but it never really lived up to expectations. I had no idea that it contained a LABA medication either. Over time my asthma declined to the point that my asthma nurse added Spiriva. A change to Eklira Genuair after several months, followed by a change from Symbicort to Fostair about 2 years ago.

I am certainly better on Fostair than Symbicort, even though the LABA is the same and my asthma nurse puts that down to Fostair's finer particles.

There are various publications looking at serious adverse events linked to LABA/ICS therapy but conclusions are vague, but one paper does suggest these events are higher in certain ethnic minorities (including Scots), but more research is needed to explore this conclusion.

I can only go by my experiences with these medications and Fostair is definitely currently working for me whereas I struggled on Symbicort. And for the 6 months I was on MART in 2018, the more Symbicort I took, the worse my asthma became. Fortunately my asthma nurse listened to me and urged me to try Fostair (I was sceptical). But I'm acutely aware that we're all different, and what suits me may not suit someone else. BTW I have non-eosinophilic asthma.

Thanks Poobah, interesting findings. I'll discuss with my consultant when I see him in Nov. I am also picking up a script for Fostair on Friday so fingers crossed. It's not available in Ireland and bizarrely I have to travel to NI. Also interesting re the Scots connection since us Paddys are Genetically related to you lot! 😆irishcentral.com/roots/gene...

Poobah in reply to ck101

I'm Irish too! Maybe we don't fit the LABA profile!

You're in the UK yes? Since you are able to access Fostair?

Poobah in reply to ck101

Yes, I'm in the UK. It's crazy that you have to go to NI to access Fostair, but I realise that each country has its own approach to the treatment of asthma. Mind you there's supposed to be a European wide protocol.

Years ago a report on Symbicort said it should only be used for a short while and the other report said it can cause asthma, 😳 my husband had been on it for years and his asthma/breathlessness was getting worse. He’s now on a high, but safe dose of vitamin D3+K2 and off all life long daily asthma meds, but keeps a rescue inhaler just incase as anything can set an attack of asthma off. Such as breathing in toxic fumes, face masks and dog allergies.Also check iron/ferritin blood levels as low iron/stored iron can result in low oxygen levels which can lead to breathlessness.

Poobah in reply to Coastwalker

I read about high VitD3 doses as an anti-inflammatory treatment, something like 50,000iu pd though. That's great if its working for your husband. It was only recently that I learned that VitD is actually a hormone when utilised by the body. Is he on VitKmk7?

Coastwalker in reply to Poobah

This website allows patients to leave reviews and experiences of medicines. Here's the link to Symbicort: webmd.com/drugs/drugreview-...

How do I cure ongoing chest infections?

I'd say on a bad year I can have up to 5 or 6 chest infections/upper respiratory infections a year,...

of being in bed!! My asthma seems to be 'ok' as I'm taking plenty of symbicort. The only problem I'm

got a weird feeling in my upper chest when I breathe as if it's congested. The back of my throat...

long exactly, but I believe it started just after I switched to symbicort) I've had a feeling like...