Decision in regard to having an ablation - AF Association

Due to see Cardiologist at the end of October in regard discussing possibility of having an ablation. The last time I had AF symptoms was in June when my heart rate was high and then went low with irregular beats. This lasted for a number of weeks . I felt very unwell and nearly passed out. I am aware that having an ablation is not a cure and seeing that I am not having regular bouts of AF do you think an ablation is pointless if my quality of life is not really affected. Thanks 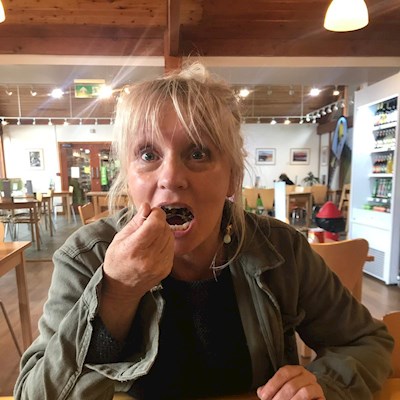 Octopus52
To view profiles and participate in discussions please or .
10 Replies
•

Are you on medication to control the AF?

Octopus52 in reply to Padayn01

Yes I take 2.5mg of bisoprolol and 50mg of flex an aide twice a day. I was prescribed 5mg bisiprolol but this seemed to drop heart rate too much. I do not have any my side effects from these meds

Always a difficult question Octopus. Many medics will say that the quicker the better whereas others will suggest a more wait and see approach. A lot depends on whether or not you can identify what might have caused that first episode. Things like high blood pressure or lifestyle issues will have a major impact and if necessary, these should be addressed first. I suggest you go to your appointment with an open mind and give yourself time before committing to having an ablation. However, even if you decide to go ahead and if it’s being done on the NHS you will have plenty of time to change your mind......good luck

As you say , all and any treatment is only about control of symptoms for quality of life and of course nothing is without risk. I am a great fan of ablation BUT would urge anybody considering it to investigate and adjust all those life style issues such as weight loss, avoiding over exercise, no alcohol etc which have been shown to be helpful to see if the AF burden can be reduced. I also think that if the symptoms and QOL are bad enough you won't need to ask that question.

Octopus52 in reply to BobD

I gave up alcohol altogether when first diagnosed and am an ex smoker. Diet is quite healthy. Walk when I can. I keep my stress levels to a minimum - thinking of taking up swimming

it is a very difficult decision. 6 years ago - I would have had no hesitation in saying ablation but having had 2 and learning a lot more about AF and treatments now I would be a little more cautious. My first ablation made things a lot worse as I had PoTS and low BP. Second stopped the AF for about 3 years - but I didn’t recover as I had autoimmune response and frankly, coping with that is a lot tougher than any AF episode and I was very symptomatic.

At Patient Day were advised that the most successful outcomes for ablation were on young fit men. The older you are and the longer you have suffered from AF then the lower the success rates.

You also need to consider alternatives - if you are overweight = BMI of more than 27 - if you drink more than very moderately then making Lifestyle Changes will be as least as effective for many people.

Drug therapy is also at least as effective with slightly better longer term outcomes - if you can tolerate the drugs.

You will learn a lot more about ablation and recovery from the AFA site heartrhythmalliance.org/afa...

At the end of the day ablation is always for relief of symptoms and is always an elective procedure meaning it is patient choice so I would do some reading on the subject, research and then ask yourself - would I be better having ablation or not? If not what would be my alternative options and which might suit me?

I go along with all that has been said, particularly CDreamers post.

Do not be in a rush to have an ablation.

I've had 3, the first one 16 years after diagnosis and a lot of drug treatment . I feel pretty sure that lifestyle changes 26 years ago would hsve helped enormously. However things were different then and not much info available as there is today.

Good luck with whatever you decide.

I’ve just taken a closer look at your history of posts which suggests your episodes are becoming more regular and have included emergency trips to A&E. Do you feel your condition has improved more recently? If I were you, I would ask your Cardiologist to arrange an echocardiogram so that you can have a more detailed knowledge about the condition of your heart. If your condition has not improved, you need to bear in mind that AF is normally a progressive condition and you are quite young to be facing a lifetime of fairly potent medication.....

Assuming you have Lone PAF i.e. all tests OK and the fact that you are asking the Ablation question, as Bob refers you have already half decided to postpone. I would agree and discuss with your cardiologist trying 200mgs Flecainide per day (a medium dose) as the AF has to be stopped by Lifestyle changes or other- although a rhythm drug only I found Flec lowered my pulse 5 points. There may be a decision to make as to the level of Bisoprolol if you increase the Flec dose. Against more common advice my cardiologist was against anything to accompany Flec for me as my BP and pulse were already low. So far over 5 years he has been right. Hope something there helps.

Octopus52 in reply to secondtry

Nothing like a episode of AF to reinforce the decision to have an ablation done.

My ablation is 2 weeks away, I've not had any AF for a month and have started to think should I be...

Ablation? Have to make my decision...

25 bisoprolol. I have seen cardiologist twice but finally saw an EP yesterday. I have had a good...

ablation or not to have ablation

Hi I have posted similar before but am getting more concerned about ablation after reading all the...

Wondering whether to have an Ablation

useful and is making me rethink my current ablation decision. I have had one significant episode of...

Ablation Wednesday, out the blue.