Hi everyone, I read a post earlier about someone having three ablations and going for a fourth. I had my first a month ago, and wondered if those of you who've had multiple ablations would mind describing what symptoms you experienced, etc., to make you go for a second, third, etc.?

How long until AF came back? How did it return, all at once, or gradually? Is there a limit to the number of ablations you can have?

I've been in sinus rhythm for a month and feeling fantastic, but just wondered what the average time is for recurrence of AF after an ablation...? 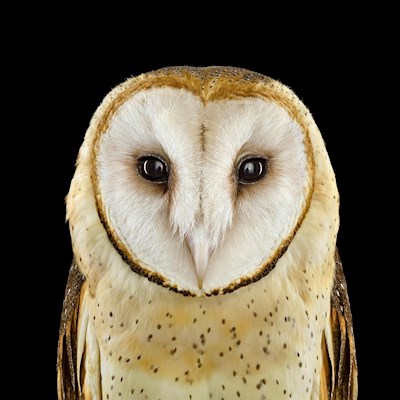 afafaf
To view profiles and participate in discussions please or .
17 Replies
•

Thank you for your question. I am sure that it is a question a lot of the lovely members on this forum will have answers for! In the meantime, you may find our booklet 'ablation for AF' helpful, particularly page 14 where it talks about needing more than one procedure. I hope this helps. heartrhythmalliance.org/afa...

afafaf in reply to Charleneadmin

After my first ablation I was actually worse and was scheduled for a second within three months. Scheduled that was but it was a year before it happened. After that I was wonderful for about nine months and then some breakthrough started again so a year after my second I had my third since which time (ten years ago ) no AF. I still have some other arrhythmias of course but not having AF meant that I was able to have my prostate cancer operated on which probably saved my life. They would not have operated had I still been in AF and the radiotherapy would have missed those parts which had already escaped into some other organs

Bob, they won't operate on you if you're in AF? Does that apply to any kind of operation for anything?

BobDVolunteer in reply to afafaf

It really depends on how long an operation and what the anaesthetist wants. With a five hour operation they would not have wanted to go ahead they told me had I still had AF. I had to fight to have the op anyway as they wanted me to just have radiotherapy. As it was the cancer had spread and this would have missed much of it resulting in rapid progression. I know of others who have been refused operations due to AF where alternative treatments were possible. With the strain on NHS we currently see I suspect that any excuse to reject treatment may be used but then I am an incurable cynic.

Interesting. What do they see as risks though? I know anaesthetists can be easily spooked (which is obviously a good thing most of the time) so I assume there's no physical basis to refusing to operate, more just making sure all risk factors are eliminated before operating...

BobDVolunteer in reply to afafaf

Well if you start a serious operatin with a patient with 160 bpm heart rate you are going to have to work bloody hard to keep them alive I would have thought.

I have had seven ablations, the first for Atrial Flutter alone and the last for Atrial Tachycardia alone. The others included ablation for flutter on two occasions as well as Atrial Fibrillation.

I had symptoms of both AF & Atrial Flutter prior to the first ablation but as I had moved house my history had not followed me. The Consultant thought he should tackle the Flutter first but very early on in the first ablation procedure I flipped into AF.

After I returned home my episodes of PAF continued relentlessly.

Following my penultimate ablation I developed Atrial Tachycardia and spent 3 months with a heart rate never below 120bpm.

After my last ablation in August 2017 which was for the Atrial Tachycardia my heart has finally settled down to occasional Ectopics but largely to a settled NSR for the first time in 27 years.

In that time I was treated by a total of 5 different EP Consultants the last of whom has now been caring for me since 2015 and with the benefit of the latest technology has, I am hoping, finally managed to deal with my problems.

I dread to think what the inside of my heart looks like after all the treatment but am enjoying better rhythm than I had for years.

afafaf in reply to pottypete1

Wow Pete, reading that makes me grateful for the health I have! Glad to hear you've managed to get back into NSR, and long may it continue.

I think the key words are that you "feel fantastic" ! I've only had one ablation and four years on still feel fantastic compared with before it. So don't worry about AF coming back, just look after yourself carefully, stay fit but don't overdo it, avoid stress and hopefully you will be another "one-timer".

afafaf in reply to Mike11

Will do Mike, thanks. I'm still struggling with the "no beer ever again" aspect, but I intend to do everything in my power to keep as well as possible.

Mike11 in reply to afafaf

Alcohol was never an issue with my AF so I haven't had that restriction, but obviously everyone is different.

afafaf in reply to Mike11

Me neither! But there's always someone whispering in my ear about it...

Mike11 in reply to afafaf

Listen to your body - not your other half !

There is no one size fits all as we are all different. My AF started 10 years ago and I eventually had a PVI ablation in October 2010 just shy of my 60th birthday and until February this year had been free of it. I have since had 3 major incidents which required hospital intervention (monitoring and Beta-blockers) and I am now on the list for my second. Hope you get as long as I did free from this. Life goes on and we need to take control and not let the AF control us. In 10 days time I shall be cycling in the Prudential Ride London hopefully completing the 100 miles.

afafaf in reply to GordonS

Good for you, Gordon. I'm only a month out so am looking forward (and hoping) my QoL continues to improve and I'm back to exercising within another month. Sorry to hear of your recent trials, and hopefully they can knock it out again.

how much does the NHS spend on ablations?

I just wonder how much the NHS is spending on ablations and what the success rate over 5 years is?...

Does heat ablation go anywhere near the phrenic nerve?

put me on his priority list for a heat ablation. My last ablation was halted on the 4th vein...

How long does the effect of having a catheter ablation last?

guess i always had in mind i would have it before 65.My question is however how long does the...

How does Ablation help?

for an Ablation on Thursday. I have read everything there is but still a little confused as to how...
•
5 Replies

Is Ablation worth it and does it work?

GP said had to have an ablation but doesn’t seem to have a good outcome from what I’ve read.

Should I call hosp in a fib?