Hi, I am 14 months post op from Ivor Lewis surgery. Virtually all oesophagus and 3/4 of stomach removed. Eating is not too bad, amazingly not much weight loss, I am 6’3” and a big lad! Everyone can’t believe it as can only manage small meals but surgeon happy about that, although I would like to lose weight! Does anybody suffer from a rattling / wheezing chest as I seem to have this every other day or so, mainly in mornings and evenings. Also early hours of morning I seem to suffer from what seems like an explosion going off in my throat, followed by severe burning. This manifests itself as a thick mucus which is extremely hard to get up which normally takes at least an hour of severe coughing. This happens 2-3 times most mornings, from the early hours onwards. Once it’s up the burning goes. Have tried all the usual stuff, gaviscon, Rennies, milk of magnesia, ginger sweets, all to no effect. I also have an adjustable bed so sleep elevated. I have had 4 stretches both at top of join and pylorus which seems to have helped but still occasionally vomiting in mornings too and I also sometimes vomit when I go for a poo. Fatigue levels are getting better, was 1 hour activity then having to stop but can now manage 1 hour on, 1 hour off but next day have to rest completely. Still napping during the day probably due to lack of sleep? Unfortunately I also have Crohn’s disease which doesn’t help much and have arthritis in knees, hips and shoulders. Can’t face any more surgery at moment for required replacements. I am 51 years old. Waiting results from recent bone scan and barium meal. Used to be in construction but can no longer work as just not strong or fit enough which is hard. Stamina has gone completely. Any suggestions welcome. Thanks. Mark 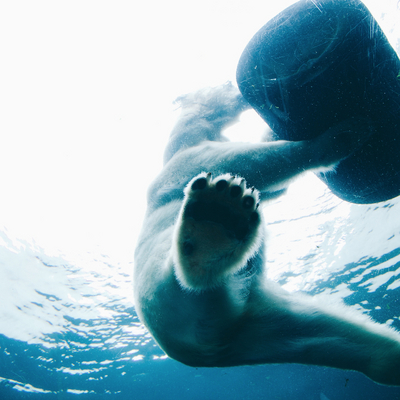 PeanutPickle
To view profiles and participate in discussions please or .
Read more about...
19 Replies
•

Hi I did go through a phase of feeling like my chest had a band around it and if I breathed it was painful, also vomiting. it lasted for about 9 months, i was reffered to a pain management doctor and had some nerves fried, that hepled a bit, When they took my gall bladder out and sorted out a few adhesions at the same time things improved, sorry I can't remember all of it as im 10 years post op next month. The lack of energy was a problem for me too for many years but I did lose alot of weight and had very little muscle tone left at the end of treatment. it took me years to get over that , people still offer me a seat on the underground if I have been in London all day. I went to the gym and did small workouts with basically no weights and alot of walking in the swiming pool to build up stamina.

Thanks Lizzy, I have been given pregablin now for neuropathy which I also ended up with and strangely this has helped with that tight band feeling. I always put that down to the broken ribs in surgery and cutting through nerve endings. I too have muscle wastage mainly in shoulders and arms but I am working on that. Thanks for your advice. Stay well. Mark

Sorry to hear you are having a difficult time.

Are you taking a daily PPI e.g. Emeprazole Lansoprazole.

The Burning you describe in the middle of the night is bile reflux and we have all experienced that at some time but you must try to avoid that by not eating at least 2 to 3 hours before you go to bed.and not slipping down the incline. Personally I can only sleep on one side and sometimes if I turn over in the middle of the night reflux occurs. It's very difficult to get it right and it's taken me 12 years to get it right

Thanks Phil, I take omeprazol, 20mg 4 times a day. I think you are right as i do slip down the bed so will have to try and think of a work around for that. Thanks for your advice. Mark

I am 13 years following surgery. I had wheeze too and i still get it sometimes and mine is usually due to fluid entering my lungs. Phil’s advice about not having anything for several hours before bed is good advice. I also think I have worked out that I get a wheeze from an autonomic response when I get dumping syndrome. That one can last for quite some time. The wheeze has driven me nuts as I have never been fully able to understand it and the surgeon isn’t too bothered by it.

Like you I have not lost much weight. I lost loads in the first three months and that was it. I have been stable ever since but I have to watch my nutrition as I am vegetarian but my diet is quite high in fat which keeps the calories up.

I have never had the same level of energy post surgery. I used to have too much energy (i even got a diagnosis of too much energy) but that all went post surgery. I went back to work after four months but I would say it took me two years before I got back into the stride if work. I have heard some people take longer. I am very disciplined about the amount if time I allocate to sleeping as the body can get used to a number of hours. But, I really miss the energy levels but its a small price to pay for making it through it all.

One quick question. If you are tall and most of your stomach has gone did this give your surgeon a challenge to make the stomach stretch or have they also involved something else?

I wish you well, it sounds like you are doing well and being very pragmatic. It must be tough also having Crohns so very well done with the weight.

Thanks Steve, I know I had trouble with the lung they collapsed during surgery, it took weeks to remove excess fluid, maybe that’s a weak spot then, didn’t think of that! I know my surgeon had some trouble during surgery as I was told he had to call on another surgeon for an extra pair of hands. Apparently my op took 12 hours but the stomach that was left was pulled up and attached to the small remaining bit of oesophagus so is just now an extension of that and in my chest, as I understand is quite usual? I too had copious amounts of energy to the point where it was irritating for everyone else! Can I ask were you vegetarian before the op or was this a decision afterwards? Well done you too. Thanks. Mark

That made me laugh as my energy levels were also irritating to friends and colleagues.

Interesting as I too had a collapsed lung but mine was after the surgery. WOW your surgery was really long at 12 hours. I think mine was half of that. I imagine your height and the amount being removed gave them a challenge but very well done.

I have been vegetarian for about 35 years. I just don’t like meat but I do eat some fish but at the moment some fish is hanging around in my oesophagus for too long. I currently have satiety and am having my fourth dilatation next week. I am keeping a food diary to see if there is any correlation but nothing to note so far.

Thanks Steve, that s funny! I am in Hornchurch, Essex. Was just interested in the vegetarian thing as I struggle to digest meat now and going off it lately! Be good to keep in touch regarding your food diary etc. I too have had dilatations which have help but never seem to have a pattern as to when they are needed etc. Best, Mark

It is with regret to say as I'm very ill at this time I shall not offer advice I need to put myself first.

I shall survive and be back at a later date.

Best of luck to all.

You could try using a triangular pillow to stop you slipping. My husband does. Do you have vitamin B12 injections? They have made a big difference to his energy levels.

Many thanks for your response, I’ll look into the B12.

I know exactly what you mean. What is happening, is you are aspirating either bile or acid. If you don't produce enough mucus in the lungs (this is what brings up the bile /acid) it is difficult to clear your airways. I was a smoker before my surgery. I stopped while in hospital. When I was unable to cough up the acid /bile, due to having no mucus, I started smoking again. This irritates my lungs enough to produce the necessary mucus. I know it is not the ideal solution, but given the damage to my trachea and lungs caused by the aspiration, I think it is the lesser of the two evils. My gp regularly checks my chest and says my lungs are fine. Good luck with your search for a solution.

Thanks for the tip. I gave up smoking about 18 years ago so not sure I’ll start again! Glad you found something that works for you though.

Fizzy35 in reply to PeanutPickle

We bought a wedge via OPA discount code and this has helped my husband a bit?

Have you tried no food or drink except water after say 6.00pm, that is assuming you retire at 10.00pm (nothing in the four hours before retiring)

Sometimes I get over confident and eat late resulting in really nasty bile refluxes which inflames my airways, so most nights I have to go to bed hungry.

Thank you will try that too

I too am 4 years post op for Ivor Lewis procedure I too suffer from the fatigue similar to yourself and have had a few stretches done one being on the pylorus this was done to relieve acid reflux during night sleeping which caused such severe pain as though I'd drunk a bottle of sulphuric acid, this pylorus stretch worked and have now reduced my oeoeprazole from 80 gms daily to 40mgs daily plus I take 30

mg of ranitadene. Life is not perfect but I manage quite well and in a better position than a lot of people. I enjoy having a few beers and watching grandsons playing rugby and football Good luck for your continuing recovery.

PeanutPickle in reply to kev57

Hi, thanks for your reply I have just heard that I need a stretch on pylorus so waiting for date. I am hopeful after reading your post that this will help! Thanks

Hi, 8 months post op, which is early I know, but dumping and food constantly bubbling up (and...

evenings. I also feel as if I have a lump in my throat and a tight pain in my oesophagus and like...

esophagectomy. The past couple of weeks seems like I've taken about 20 steps back from healing....

feels like a cut in my throat. I have also had loads of blood work which all came back normal with...

How do you cope with eating socially???

﻿I am 8 days away from esophagectomy - wondering if after th...

﻿Hello everyone. I am having an esphagectomy - removing 2/3r...